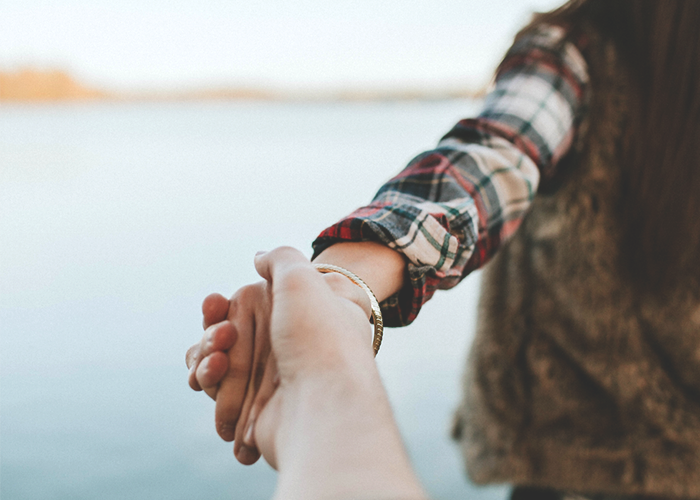 2016 ended with a bang. While the year hadn’t been perfect, overall it had upward trajectory, and only a few devastating bumps along the way. I was able to double my income, drastically improve my career and lifestyle, learn new skills, and build or rebuild relationships that mattered to me.

Then November and December came along and decided to turn everything on its head. Trump became President-Elect — something I never really believed would happen. I got laid off from my wonderful job on my birthday. And for Christmas, I got the gift of getting stone-cold dumped.

I’d been with the same person for about four years, and had lived with him for three of those. When I was dumped, my former partner gave me 20 minutes of discussion before leaving for his hometown for the holidays. Those 20 minutes unfortunately didn’t include talking about how to handle the logistics of the breakup. Our lives had become so enmeshed, emotionally and financially, and I had only a few days to figure it out, pack my stuff, and get out of dodge — all of which cost $2,327.11. So where did all my money go?

The obvious big question: Who moves out? When I didn’t like the answer, the question became: Is it worth it to fight over? For me, the answer to that last one was no. I spent the holiday season aggressively looking for a new apartment that I could afford on a single salary.

Sure, the financially-savvy would find a roommate, but the emotionally-savvy side of me knew that compromising on big aspects of lifestyle would be a bad idea. Missing my former lifestyle might get conflated with missing the now-ex boyfriend, and that’s not a risk I was willing to take.

All in all, when I found my new one-bedroom home, I had to put down a holding deposit of $150. Upon move-in, I had to fork over an initial check for January rent, plus rent for two days of December, as well as an additional $49 for the rest of the deposit. I also left $183.33 on the table in the form of prepaid rent for my last place, but it was worth it to get out before my now-ex came back. While I won’t consider my new “normal” rent a fault of the breakup, I will consider additional costs and double rent a cost of having to find a place before the ex returned to our old apartment.

We’d lived together for so long that most of the furniture was stuff that we’d purchased together. Dissecting that proved difficult, and unfortunately became a contentious, petty argument. In the interest of staying fair, we finally agreed that the person who purchased or found the item should keep it, and anything that was split would be repaid to the other at 25% — 50% because it was initially split, and 50% less than that because of depreciation. I put everything into a spreadsheet to see what the damage was.
All in all, the difference came down to $475, and at 25% I owed him $118.75. On top of that, I had to replace our brand new mattress for $937.50, as well as essentials, like pots and pans

, plates, router and modem…all of which cost an additional $208.05, even when buying from Amazon and Goodwill.

There’s no way around this one. Because I wasn’t just leaving everything, I had to hire movers. They’d quoted me at $275, saying they’d send three people for two hours and get the job done. This was a classic bait-and-switch. Instead, my one-bedroom move somehow took four people four hours, and they charged a cool $550 for the job. My ex had previously agreed to split this cost, but that didn’t happen. So it goes.

There are some annoying things that are just cheaper for multiple people than they are for individuals. Insurance and phone plans come immediately to mind. It’s even worse if you’re locked into a contract, so I’m thankful we were paying month-to-month. Unfortunately I couldn’t keep my awesome rate ($40/line for two lines, 12 gigs high speed data, unlimited high speed streaming, unlimited talk and text), and T-Mobile made canceling more difficult than it had to be. Ultimately, it cost $12.24 to cancel a few days into the billing cycle, and an additional $45 to move to a prepaid individual plan.

Here’s a bonus! Because I got dumped just before Christmas, I’d already purchased $132.44 worth of gifts for the guy, only some of which I was able to return, and even then, at a loss. In a weepy state, I decided to give him one of the nonreturnable gifts anyway, and either re-gifted or kept the other things I couldn’t send back.

All things considered, I kept my expenses fairly low. While I got an apartment that was actually cheaper than the one we’d been splitting, my costs, of course, had to go up as a single renter. The mattress was from Casper, and was a bit of a splurge, but still significantly less than traditional mattresses (and so, so worth it). Everything else was done as frugally as possible, and I still managed to blow $2,327.11 in the process.

When it comes down to moving on with your life and rebuilding, in the grand scheme of things, it’s a small price to pay. On top of the emotional stress, this breakup was a financial and logistical burden, and I’ll think twice before moving in with a partner again. I’m grateful that online financial communities always tout the importance of an E-Fund, and while I never expected to need my emergency fund for a breakup, this is a compelling argument for “just in case” money.