What Happened When I Stopped Tracking Both My Purchases & Calories 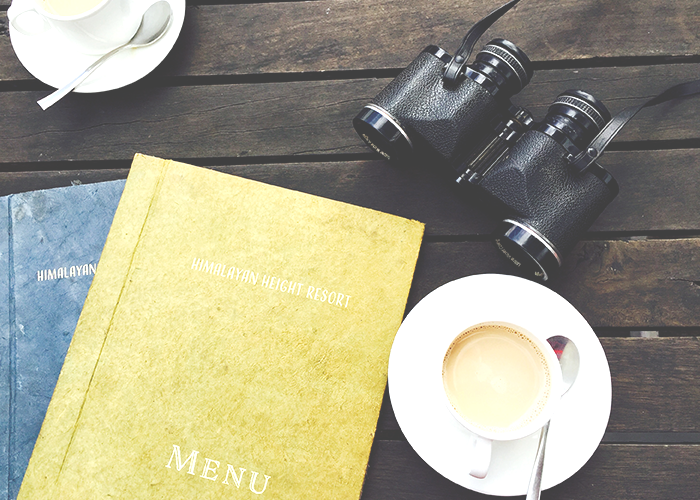 A few months ago, I wrote about taking my job on the road. One of the first things I learned was that it would be impossible to maintain any kind of routine. The time I woke up varied day-to-day, the methods of physical activity I did changed in each state and climate, and I don’t think I ever ate the same meal twice (except when I did a brunch tour of Colorado and tried at least five different versions of Eggs Benedict).

Before I left, the exact opposite was true. I had streamlined so many processes that my life almost felt like it was on autopilot. I woke up at the same time, made coffee

, ate the same foods, worked the same hours, took the same days off and spent them with the same people. There’s absolutely nothing wrong with this — in fact, it’s incredible how quickly I’ve slipped back into my regular life since coming home, and I’m grateful for that. It took years to create this, and I’m happy to be living it again.

But there’s one routine I ditched on the side of the road that I will be happy to never pick up again: tracking everything on a daily basis.

Before you think I’ve jumped on the wrong train, let me backtrack.

I know tracking things can be extremely beneficial. I started my blog to track my debt repayment journey, and am certain I wouldn’t have paid it all off (at least not as quickly as I did) if I hadn’t built that into my routine. If I hadn’t continued to track my spending after, I wouldn’t have realized how much money I was wasting, which ultimately helped me decide to do a shopping ban. And if I hadn’t done that, I wouldn’t be the conscious consumer I am today.

Over the years, I’ve also tracked my workouts and my weight loss. I’ve used a FitBit to track how many steps I walk each day (which then helped me track my progress during recovery from hip surgery). And earlier this year, I tracked my food intake for 60 days, so I could figure out how certain foods made me feel and which ones I should ditch from my diet. So, it’s safe to say I’m a firm believer in tracking the progress of your goals.

But as soon as I hit the road, I realized I was still in the habit of tracking many of those things on a daily basis — namely, what I ate and what kind of workout I did. For the first week, I thought I needed to continue doing so. I was worried that sitting for so many hours in the car would mean I’d suddenly gain a bunch of weight, so I’d better limit my calories and get some decent hikes on the books.

I also felt the need to go back to tracking my spending on a daily basis – something I haven’t done in years! My reason for that: I thought I should share a really detailed report of how much money I spent when I got back from my trip. So, that’s what I did every night during my first week on the road: opened my journal and scribbled down what I ate, how many steps I walked, and how much money I spent.

And then I stopped. Quit. Cold turkey. On Day 6, you can open my journal and see that I ate an amazing breakfast in Sioux Falls and dinner in Minneapolis, walked 6,700 steps, and spent $15.81 USD on gas. On Day 7? Well, who knows what happened, because that’s the day I decided I was done tracking things on a daily basis.

Instead, I opted to make one intentional decision at a time.

It started when I realized I was done keeping track of the food I was putting into my body — forever. I had no interest in gaining weight, but I was sick of feeling like I needed to account for every last crumb I put in my mouth. If 80% of my meals were healthy (and they always are), I refused to feel bad for eating dessert twice a week. Instead, I owned those decisions, and enjoyed every last bite of affogato.

As for workouts, I don’t know what I was worried about! Sure, there were long driving days where I only got 5,000 steps in (you still walk, whether it’s in a grocery store, rest stop, or around your final destination). But non-driving days were spent walking, hiking, and exploring new places. There was no shortage of physical activity on the trip.

And as far as budgeting goes, I had transferred money down to my US checking account and taken out some US cash, and my only goal was to not run out of it. I was still able to keep track of all the purchases made with my debit card, but I didn’t want to carry receipts around for the cash I spent for the sake of being able to write a blog post about it. I was comfortable spending all of that money, so I just checked my account every week, and was always surprised to see how much money I still had.

In the end, not only did I not gain weight, I actually lost some. And rather than go over budget, I came home with nearly $600 USD.

How did I do that? Because every time I faced a choice, I made an intentional decision –- and at least 80% of these were healthy. When it came to food, I would ask myself: Do I want to feel energized for the rest of the day, or do I want to suffer? (This seems obvious, but it’s crazy how often I used to eat bad food without caring what the consequences would be.) With workouts, there was no question –- I just walked everywhere. And with spending: Am I comfortable trading money for the experience, or not?

I don’t want to say the process was that simple, because it sounds so easy. But after years of tracking these things and learning so much about myself, it really was that easy.

Tracking things has helped me tackle a number of goals over the years. It has also helped me figure out what I value (and what I don’t value) and determine what kind of life I want for myself. It has served its purpose, and I will forever say that tracking something is the first step to becoming aware of its role in your current life.

But someday, I also think you’ll get to a point where you can replace tracking with trusting yourself. And when you know what you value and trust yourself to only bring that into your life, the decisions you have to make each day get a lot simpler.

As my friend Jen says, “Intentional living is deciding to go for a run. Or to bring a packed lunch. Or to say ‘no’ to a disposable coffee cups. Or to spend 10 minutes with your children without distractions…It’s about being honest and doing what feels right to you. There is no right or wrong answer…There is no finish line. Living with intention means being in constant communication with yourself, deciding what’s working (and what’s not) and making small adjustments every day.”

This became my new routine on the trip — and I was glad to bring it home.