Why I’m Moving Into My Car This Year 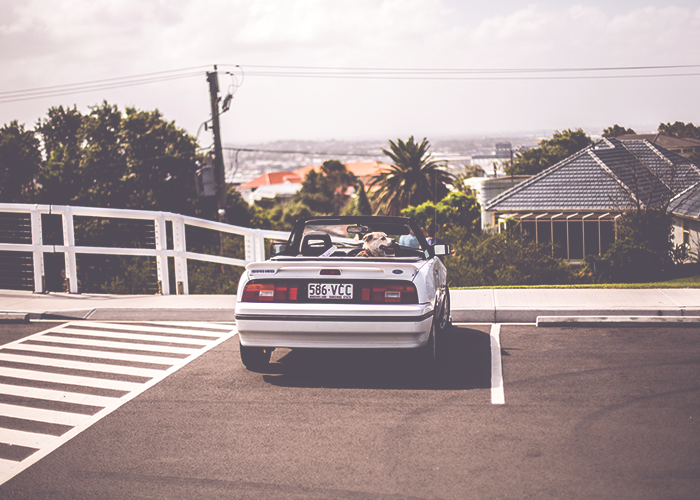 Exactly two years ago, I shared my vision on my blog for what the perfect day would look like in five years’ time. If I were to write that post again today, some of it would be the same. I’d be an author, freelance writer, and public speaker. I’d have a rescue dog or two. And I’d forever work in jeans and a hoodie. But the one big difference between what I wanted then and what I want now is my definition of the word “home.” Before, I thought I wanted to buy a two-bedroom condo (if I was still single), or a house (if I had a partner and/or kids). I was so adamant about that idea, I even wrote that I would not want to live in a condo if I had kids. I just wasn’t interested in being squeezed into a small space.

As of right now, I can’t imagine either of those housing options being in my three-year plan. For starters, homeownership is way too far out of my reach. Beyond just the cost issue is the fact that I don’t want all of that square footage anymore. Sure, if I had kids, I think it would be important to give them some space of their own, but I have zero dreams of owning an actual house, at this point. Not only can I not afford it, I just don’t want the extra space. (And I don’t want to spend all my time maintaining it.)

When it really comes down to it, though, the cost and larger square footage aren’t the reasons I don’t want to own a home in the next few years. The reality is that I want to travel long-term — I’ve dreamt about it forever — and I’m finally in a position where I can do it.

After high school, many of my friends took gap years and traveled all over the world. I took time off school, but knew I needed to work if I wanted certain luxuries (like gas for my car), so that’s what I did. I worked and worked and worked. I worked, and I didn’t travel. I did manage to put a lifestyle I couldn’t afford on credit, but then I became a slave to my debt.

With a handful of minimum payments to make each month, I couldn’t take a month or two off to travel; I was chained to my paychecks. Since I’ve paid off my debt, I’m no longer being held back by the numbers. I know how to live a frugal life, and I know I don’t need much to be happy. And the fact that I’m no longer restricted to only getting a few weeks of vacation each year, and can do all of my work from my laptop, means I can finally make some of my old dreams a reality.

There are so many big trips I want to go on. I really want to spend eight-to-10 weeks in the UK and Ireland. I’d love to do that this year, but if the Canadian dollar stays low, I don’t think it’ll be an option. I’ve also thought about driving all over the U.S., going to national parks and visiting friends in various states, but that dollar of ours remains an issue. But it’s only an issue if I leave Canada, not if I stay here. For years, I’ve dreamt about driving across the country and visiting friends in every province. And in the months leading up to my surgery, I spent more time outdoors than ever before, and it made me come alive. So, why not combine it all? Drive across Canada, hike and camp, and visit friends all along the way?

I love the idea, but if I do it, I want to move extra slow. I don’t just want to hop in my car, hit all the tourist spots, and find my way back in three weeks’ time. I want to take my time and not feel rushed to leave beautiful places with only one picture to remember them by. I want to hike up every mountain and trail that I can. And I want to say “yes” when new friends invite me to new places.

Some of my most memorable trips have been to cities I didn’t know I’d ever visit, but where I had the opportunity to truly slow down and take my time. Winnipeg, Manitoba is one example. I walked 15-20,000 steps every day, saw the city on foot, was treated to home-cooked meals and great conversations, all because I wasn’t on a time crunch. And it was easily one of my favorite trips from last year.

So, that’s the trip I’m finally going to take: slowly make my way across Canada, stop wherever I please, stay in places as long as I like, and hike as much as I can.

Now, as much as I like the idea of just getting in my car and going, I do need to prepare for this trip. I’ll likely be on the road for a few months, and in that time, I not only need to think about how I’ll be getting places, where I’ll be sleeping and showering, and how much everything will cost (new budgets!), I also need to work and write. I still have commitments, just not nearly as many as before.

I chose to travel in my car, rather than considering a van or RV. It crossed my mind, but I ultimately decided I didn’t want to invest in something that could quite possibly breakdown at any minute. My car is a 2009 Kia Rio5 with only 76,000 km (47,000 miles) on it. While it’s not your typical long-term travel vehicle, Bandit — as he was serendipitously named when I got him — is definitely ready to go on some adventures.

Owning a vehicle eases the potential costs that will come with this trip, but I’ll still need to buy a lot before I go. For starters, I need a tent, sleeping bag, sleeping pad and camping gear. When I was younger, I always borrowed stuff from my parents. But since I plan to do multi-day hiking/camping trips, I need smaller/lighter stuff that can squeeze into a backpack (which I also need to buy).

I’ll also need a few things for my hikes, a car charger for my phone (which I’ve never owned before), and some safety precautions (bear bell and spray, knife, etc.). I’m hoping to spend less than $1,500 on everything, maybe $2,000 with some new clothing.

The Timeline and (Shopping Ban Logistics)

Here’s where things get tricky. I have no idea when I can leave Victoria and start this adventure. The recovery time for my surgery is four-to-six months, and I’ll be doing everything I can to make sure it’s just four; that would mean I could leave as early as July. Ideally, I’d go in the spring and come back before the summer (to avoid tourists), but that’s not an option, so summer/fall it is.

If that’s the case, I’ll need to break my shopping ban in a very big way. Since I have months to prepare, I want to take advantage of any sales that come up, not buy everything as soon as the ban is over, simply to prove a point. I plan to use my shopping ban savings ($3,000) to pay for it all, and can then thank the ban for helping me do this.

While my first goal is to drive across Canada, I can’t deny that I’m open to this being a long-term choice: life on the road, that is. Who knows? Maybe I’ll be gone for two weeks, hate it and come crying home to my family. Living alone in an apartment is a lot different than living alone in your car/tent, and being surrounded by wilderness, and all the weather elements. I’m fully aware that it won’t be easy.

But I also know I’ll hate myself if I don’t try. For years, I’ve known I wasn’t ready to “settle down” (or where I’d even do that). But I’ve always known that I want to travel more, and I can’t waste time waiting until someone can join me. Maybe I’ll only get to go on one short trip in 2016, then do something bigger in 2017. We’ll have to see how things go, when I can leave and where I end up.

I want to travel long-term. I want to see more of my own country, to start, but I also want to see more of the world, and to be in places for more than just a week at a time. It’s taken a long time for me to not only realize this, but to get to a place where I can do it. My blog is nearly six years old, after all. So I’m not making any quick and fast decisions here.