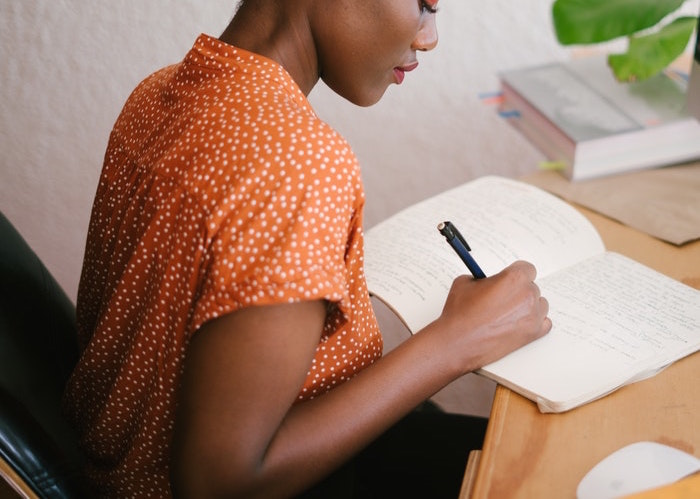 Early 2019, I made the very spur-of-the-moment decision to apply to my university’s exchange program in Madrid. My sister jokingly suggested that I pack my bags and study abroad in Spain, since I’d been obsessed with Spanish television for nearly a year.

A month later, I received the email that my application had been approved — I was going to Spain. The next five months were spent scrambling to gather 10,000 Canadian dollars to prove my adequate financial situation to Canada’s Spanish embassy. This, along with a doctor’s note and other legal documents, was required for me to obtain my student visa and legally make the move to Madrid, Spain.

Don’t get me wrong, it wasn’t easy. To pay for school, I juggled five jobs: working at a magazine, tutoring, dog walking, house-sitting, and 5 AM shifts at my local bookstore, Indigo. At this point, it’s important to note that I received help in raising the funds. I was able to gather the majority of the money on my own, but my father, admittedly, covered the difference.

But the truly crazy part was launching an online publication for Black women (Sorella Magazine) around this time. The launch of my business was something that I had been planning since November of 2018. Over the course of the year, I’d been gradually creating eight months’ worth of content for the magazine. That way, I wouldn’t have to worry about creating content while moving into my new Spanish apartment and adjusting to Spanish culture.

Needless to say, my life has become a little hectic over the past year, and I’ve spent many days worrying about whether I’ve made the right life decisions. While five months of owning a business, trying to maintain a social life, and keeping up with school work hardly make me an expert, I’ve learned some valuable lessons along the way. Here are a few things I’ve learned about running a business without losing my mind.

Focus on one thing.

Texas-based entrepreneur Judge Graham stated in Forbes that “forty-two percent of startups fail, mostly because they ignore the opportunity to capitalize on a niche and don’t actually provide a solution to a problem.” We’re living in what Graham calls an “age of specialization,” in which it’s important to decide on a market niche, whether it’s “demographic, geographic, psychographic, or product/service oriented”.

I’ve learned that this is true. Consumers react well to companies that fulfill one specific need in their life every time they engage with the business. As a business owner, it’s also easier to wrap your head around one niche than trying to appeal to everyone and everything. I strategically created Sorella Magazine to be a publication that gives visibility to Black Millennial women and Black female voices. On the platform, we regularly discuss colorism, racism, generational wealth, and other topics that pertain to and affect the daily lives of Black women and girls.

If we’d tried to appeal to every demographic, we likely wouldn’t have connected so deeply with Black women. The stories of Black women navigating the difficulties of modern-day life in today’s deeply racist society have resonated only because the stories are written by the same people that they are created for. Women of all races can read our articles and glean important information, but our target audience has always been Black women who are traditionally underrepresented. We knew our niche from the beginning and we honored it.

This is easier said than done because all entrepreneurs, especially new ones, understand how important it is to save money where you can. This means we’ll often attempt to do any job by ourselves rather than hiring a professional with tons of experience.

However, there are times when you may actually save money by hiring a professional to do the task. For example, hiring an accountant early on may help save you unnecessary costs and allow you time to truly focus on the business instead of spending hours crunching out the numbers.

According to an article in All Business, nearly 60% of small American business owners and 47% of self-employed business owners hired accountants to help with their recent tax return. Over half paid less than $300 for the accountant services, while 44% said it took two hours or less to prepare paperwork to give to their accountants.

Those who did not hire accountants, on the other hand, reported an average of 8.8 hours spent preparing and filing taxes. That is valuable time that could’ve been used to generate more revenue for the business. At Sorella, my sister kindly agreed to copy edit articles. I know that many of the articles published would have grammatical errors and typos if it weren’t for her keen editorial eye. My friends and family have been fantastic not only for providing support but for making savvy marketing suggestions.

Of course, not everybody has access to free resources, like friends and family who are willing to help. However, if you do — or if you can afford to outsource tasks — don’t be afraid to delegate so you can focus on doing your job as best you can.

Separate your business from your sense of self-worth.

This one may be the most difficult because every entrepreneur knows how near-and-dear a business can be to the heart. That said, your business is not you. Its success or failure is not a reflection of your worth. Instead, it’s a reflection of today’s culture and society, the economic condition of the country in which you preside, and many other factors that determine the failure or success of a business.

This is important to remember, especially for Black women.

Black women, in particular, are a fast-growing demographic of entrepreneurs in the United States. According to The 2018 State of Women-Owned Business Report, the number of Black-woman owned businesses in the United States grew by 164%. In 2018, there were 2.4 million African-American women-owned businesses, making Black women the only racial group whose business ownership surpassed their male counterparts, according to the Federal Reserve.

Despite this wonderful news, the downside to Black female entrepreneurship is that the businesses we start typically don’t generate as much revenue as those owned by non-minority women. According to the Federal Reserve Bank of Kansas City, black women often struggle to access credit and capital, which makes it difficult to find the money required to scale the business.

This means it’s even more important for Black women to separate the highs and lows of our businesses from our self-esteem and self-value. According to psychiatrist and former entrepreneur Michael A. Freeman, it’s important to “build a life centered on the belief that self-worth is not the same as net worth.” He continues, “other dimensions of your life should be part of your identity.”

At twenty-two, I’m hardly an expert on business and entrepreneurship. Still, having owned Sorella Magazine for five months, I’ve discovered the importance of separating my self-worth from my professional success and delegating responsibilities so that I’m not trying to handle everything on my own.

Running a business can be ridiculously hard, but it is also ridiculously rewarding. And thankfully, it’s absolutely possible to do it without going completely insane. It just takes a lot of hard work, support and help from others, and most importantly, remembering that you are ultimately worth more than your business.

Grace is the founder and editor-in-chief of the empowering online magazine for Black women, Sorella Magazine. She currently lives in Spain, where she studies literature, drinks an unhealthy amount of lattes, and pops up in Hatha yoga classes every chance she gets. When she’s not doing that, she’s knitting sweaters and scarfs (even though it’s not cold in Spain) and people-watching (but in a totally non-creepy way!). Check out www.sorellamag.org for more of her work.