Why Being Rich Turns You Into A Jerk 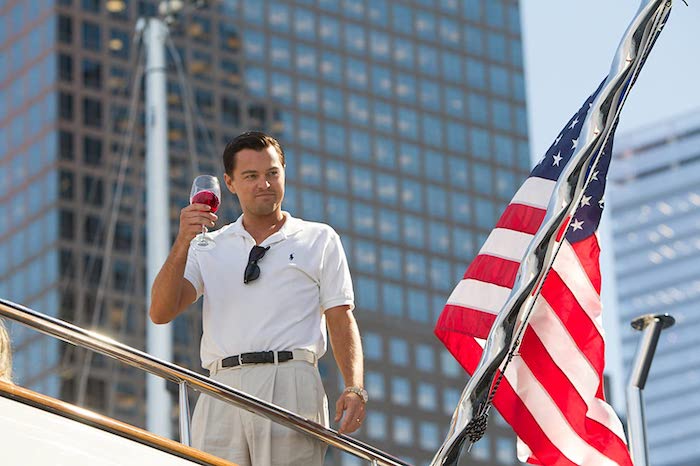 Money, much like love and food, inspires many of our thoughts, actions, and emotions. How do I get more of it? What should I do with it once I have it? What will happen if I don’t have enough of it?

Often, the way we think about our money is rooted more in emotion than rational decision-making: The thrill of spending outweighs the pragmatism of saving, the self-preservation of acquiring wealth supersedes the pull of philanthropy, debt is exhausting and anxiety-inducing. “Want to know why it makes sense to have cash on hand?” wrote financial planner Carl Richards. “Because we feel better when we have cash on hand! It doesn’t matter if it’s rational. It’s true.”

Because both the accumulation of wealth and money scarcity is highly emotional — studies show that money does indeed make us happy — having either a lot or a little of it impacts our personal choices and the way we treat others.

The richer you are, the less you may be able to read others’ emotions, according to a 2010 study. Participants viewed images of facial expressions and were asked to explain which emotions were expressed. Richer participants were less able to accurately discern emotions.

People of lower economic status, the authors interpreted, were more socially empathetic because they “live lives defined by threat. They are threatened by the environment, by institutions, and by other people. One of the most adaptive strategies in response to threat is to be very vigilant and carefully attend to others and try to promote cooperation to build strong alliances,” study co-author Dacher Keltner told Time. Wealthier people are usually higher up in the power structure, so they don’t need to read the emotions of a boss, for example.

Another study, also from 2010, found that people with lower socioeconomic status were more generous, charitable, trusting, and helpful than their richer counterparts.

It’s not so much that being rich makes you less generous, posits Christopher Ryan in “Civilized To Death: The Price of Progress.” Instead, the social distance wealth creates — the difference between the haves and the have nots — breeds selfish behavior, according to a 2015 study. Researchers found that rich people were more generous if they lived in an area where wealth is distributed evenly, a somewhat homogenous community of incomes. “If the person who needs help doesn’t seem that different from us, we’ll probably help them out,” Ryan wrote in a piece for Wired. “But if they seem too far away (culturally, economically) we’re less likely to lend a hand.”

The us-versus-them mentality applies to physical space, too. Ryan points out how money affords certain comforts — fancy hotel rooms in lieu of hostels, cars over public transit — which create physical distance between those who can afford isolating luxuries and those who can’t. “We use money to insulate ourselves from the risk, noise, inconvenience,” Ryan wrote.

More money can equal more problems. According to research from 2012, over the course of seven experiments, upper-class individuals were more likely to break the law while driving, make a habit of unethical decision-making, take valued goods from others, lie in a negotiation, cheat to increase their chances of winning a prize, and endorse unethical behavior at work than lower-class folks. “While having money doesn’t necessarily make anybody anything, the rich are way more likely to prioritize their own self-interests above the interests of other people. It makes them more likely to exhibit characteristics that we would stereotypically associate with, say, assholes,” researcher Paul Piff told New York magazine.

Even thinking about money can inspire shaky behavior. In 2013, researchers exposed a group of study participants to words about money, while a control group received neutral words. Those who saw the money lingo were more likely to lie if they knew it would make them more money and were more prone to act unethically.

Constantly worrying about money erodes mental bandwidth, and that can have an effect on our behavior, too. In a 2013 study, researchers asked participants to consider the financial blow of potentially having to spend $3,000 on car repairs and then gave them an IQ test. Just thinking about financial constraints caused poor participants’ test scores to drop 13 IQ points. “Simply raising monetary concerns for the poor erodes cognitive performance even more than being seriously sleep-deprived,” the authors concluded. Constantly balancing the budget takes an extreme mental toll, and this can lead to poor decisions.

Feeling taxed, emotionally or financially, can also make us less polite. In the book Scarcity: Why Having So Little Means So Much, authors Sendhil Mullainathan and Eldar Shafir describe a study in which participants were presented with “something they found revolting: a chicken foot cooked in a Chinese style that preserved the entire foot intact, claws included.” The authors write, “The challenge for the subjects was that this was served by a Chinese experimenter, creating some pressure to act civilized.”

While being served, some subjects were asked to memorize two numbers, and others had to memorize a series of numbers, taxing their mental bandwidth. The study participants who only had to memorize two numbers were nice enough about the chicken foot. The latter group, on the other hand? “Those whose minds were not loaded managed to maintain composure, keeping their thoughts to themselves. Not so with the cognitively loaded subjects. They would blurt out rude comments, such as ‘This is bloody revolting’ despite their best intentions.”

If an abundance of money can lead to shaky behavior, a lack of it can, too, albeit for other reasons.

Ultimately, our circumstances may play a larger role in our actions than perhaps we previously believed. Regardless of our financial situation, money can fuel our reactions and behavior — all in the effort of self-preservation.