How Job-Hopping Actually Helped Me Climb The Career Ladder 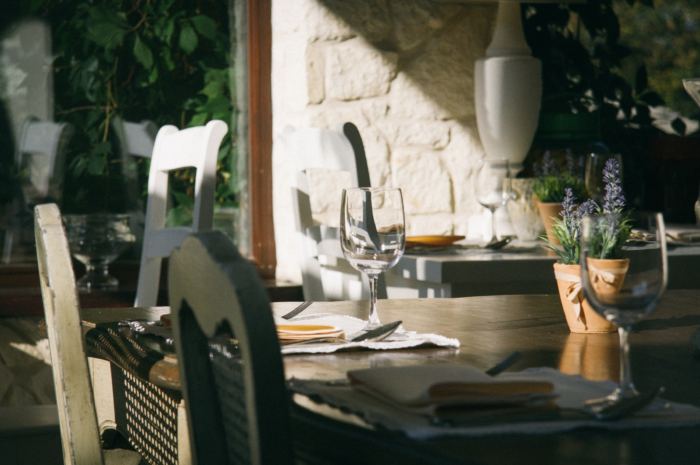 When I took my first “big kid” job, the prospect of quitting that job some day wasn’t really on my radar. As a people-pleaser, it is very possible that my subconscious pushed it to the back burner, because it made me uncomfortable to even think about. I envisioned my career path being fairly linear. I always figured I would find a job, get promoted or advance up the proverbial ladder, retire at that same job, and that would be it. Now, I can see how naive and flat-out wrong that idea was, at least for me.

My first “real world” job was at a one-lawyer law firm, which was a great fit for my first job. When I was hired, it was mentioned that I was young, and probably wouldn’t be there until I retired. Honestly, the longer I worked at the job, the longer I could see myself in that position until retirement.

I genuinely loved that job. I loved the nature of the work, my boss, the freedom to work alone, and the clients. I was extremely nervous at first, because it was a lot of responsibility, but I got through it and consistently improved. I accepted the offered starting pay, and over the three-plus years I worked there, I earned multiple raises and learned more skills. I tried to problem solve when it was required, and rise to new “levels” at my job. I took pride in how far I had come since day one. I had aspirations of becoming a paralegal eventually, but I really loved being a legal secretary.

When my step dad, who owns a business, told me that the woman who had been doing the accounting and bookkeeping for his company would be retiring, he asked if I would be interested in replacing her. As the person who helped me with my math homework from third grade until college, he knew that it would be a stretch for me. This new job would offer me a considerable raise, as well as full benefits. And though it was a stretch, my family had confidence in my ability to succeed at this new job.

I decided to take it. I gave plenty of notice at my legal secretary job, ended on great terms, and started working for my step dad. It was learning an entirely new field, and I was thrown into a new environment with new coworkers. And saying that “numbers aren’t my thing” doesn’t do it justice. I majored in English for a reason. I worked really hard in “Math As A Liberal Art” in college, and my grades were okay, but it was a struggle for the most basic concepts to make sense in my mind.

I enrolled in an online accounting class, which tremendously helped my understanding of the job, and my own finances, and budgeting in my daily life. Right in the middle of the semester, on Friday, February 13, 2015, I flipped and rolled my car off the interstate.

A car came into my lane, and I swerved onto the rumble strip to avoid getting hit by the car, and hit ice. My head shattered the driver-side window, but fortunately, I only walked away with a concussion and a band-aid on my finger.

To those of you thinking this is irrelevant to my career journey, it isn’t, I promise. If you’re familiar with the healing process of a concussion, you know why it’s relevant. The healing process required me to be out of work, at a job I was already struggling at, for a full month. I couldn’t look at my phone, a TV, my laptop, read, be around bright lights, listen to music, or drive. I couldn’t go to work, and I couldn’t do any of the required classwork for my online class. My step dad, as my family first, and then my boss, completely understood, and his priority was making sure that I was healthy.

Not working for a month had me in a panic. I was making significant gains in the savings department since starting my new job, because it was saving me $200/month on health insurance, and I’d gotten a significant raise. Being out of work set me back from this, however, and I was falling behind in a class I was already struggling to understand. I used the time off to take a hard look at my professional skills, and decide whether or not they were a fit with my current job.

While I was mortified at having to leave yet another job in the span of a few months, I got my facts together and sat down to talk with my step dad. Knowing me better than most bosses know their employees, he understood my decision to leave. But I still felt like I had failed. Knowing that I wasn’t fit for that job was a definite eye-opener for me career-wise, and further reminded me of the importance of knowing your strengths as a young professional.

Not sure what was next for me on the job front, I decided to swing by my old office, and talk to my previous boss. I stopped by to say hello and catch up, and ask him to keep me in mind if he knew of any job openings. It felt like I was a puppy, coming home after running away, with my tail between my legs. I walked out of his office that day with my old job back. I was so happy I could have cried.

After six months back at the lawyer’s office, another job offer more tailored to my skillset presented itself. When I graduated from college, I applied for a job in the Admissions department and didn’t hear back. Three years later, they were hiring for a position that I thought I was barely qualified for. After days of batting the idea around, I applied, with no real idea as to what I would do if I was actually offered the job.

I got an interview. I was ecstatic and terrified. I would have to leave this job again (humiliating after just having been re-hired) and start all over, again. I was offered the job, which would come with full benefits, and I would be able to get my master’s degree for free. The catch? I’d be taking a pay cut. Having switched jobs twice in the past year, a pay cut terrified me. After days of crunching the numbers, stressing over the numbers, talking it over and over with my (very patient) boyfriend, and making lists of the pros and cons, I decided to accept.

Going through the numbers made me realize it wasn’t as much of a pay cut as I initially thought. The benefits were pretty great, and would save me $200 a month for health insurance, which would make up for the $2 hourly pay cut, plus I would get a small raise once I completed my 90-day review period. And while I would be starting at the bottom of the totem pole, I would have many more opportunities for growth at the new job, as well as having sick days, vacation time, opportunities for overtime, the opportunity to get my master’s, and a retirement account with a great employer match. I decided that any pay cut repercussions would be worth it in the long term, even if that meant I had to cut my coffee-on-the-way-to-work routine for a little while.

Since taking this new job, I’ve earned two raises. I get to be a part of the university that I am a proud alum of, have a steadily growing retirement account, full benefits, and the opportunity to further my education. I feel like I’ve hit the jackpot, and found a job where I am able to utilize my professional skills while doing administrative work for a really cool program. And yes, it took a lot of job-hopping and a pay cut to get here. But I truly believe that those were worthwhile steps on a journey to find the job I was best suited for.

Samantha works at a private military university and does the administrative work for their leadership camps and weekend conferences. She combines her love of writing and animals as a writer for a website called Wide Open Pets, recently launched in January 2016.