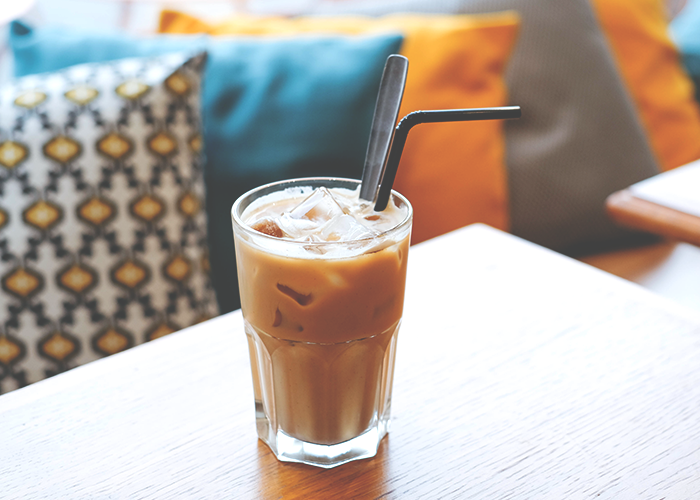 I’m currently dealing with an issue I’ve really never had to face in my young life: stress. I’ve never been a super high-strung person, and often find myself pretty easily able to let shit slide and relax even when things get busy. Maybe it is my inner yoga teacher, and maybe it is the fact that my doctor has joked about my low blood pressure, saying that I am “so relaxed that I’m nearly dead”, but I’ve never been one to get generally anxious about daily life and feel at all weighed down by stress. However, with graduation less than a year away at this point, and a billion things I have to accomplish before then, I’m starting to feel the weight of it all. And I’m hoping (really hoping) that it doesn’t begin to affect me in any big ways (i.e. financially).

Since I started working with TFD, my ability to appropriately manage my finances and be an all-around well-adjusted human being has increased significantly. I have an emergency fund, a savings account, and a bunch of tricks up my sleeve that are keeping me on track towards the financial future I so desperately want, even though Past Mary was probably headed down a much darker path. However, I am still, at my core, a human freaking being who makes mistakes. In fact, I sometimes get stuck in a cycle of mistakes: I make the (financial) mistake, admit it on TFD or elsewhere to ~cleanse~ myself of it, then feel so embarrassed that I make another mistake to try and cope. It is a mechanism that it definitely used by more people than just myself, and it is one that I will always struggle to halt before it gets me into trouble.

But without baring too much, I will say that the past few weeks have been really hard. I like to brush it off and say “sChOoL sUcKs” or “ugh I’m sooooo stressed about graduating”, but it is much more than that. This is probably the first time ever in my life that I’m so distracted by life-things that I generally just don’t feel like myself.

I know, objectively, that there are healthy and productive ways to cope with such feelings. Aside from seeking medical attention if extreme stress turns into depression, there are little things, like spending time outdoors, getting exercise, doing yoga, etc. And all of those healthy, lightly-therapeutic activities are things I’m entirely capable of doing, and actually genuinely enjoy – but for some reason, this week I chose to shop online and replace meals with marshmallows. And I’m not proud of it, and I’m trying to un-do it now that I’m feeling a little clearer (thanks to a few generous return policies), but I’m still going to put this out here so you guys know.

1. At least six cups of Starbucks coffee – two of those being $5 chai lattes. (Note: I actually packed my own coffee in my own travel mug on all of these days, but was so sleepy that I decided I needed additional coffees throughout the day, which was dumb and expensive. This means I spent nearly $20 on coffee I didn’t need.

2. Three or four $4 protein bars I bought in public, (because I was too stressed and busy to have time to cook and pack lunches at home), even though I know that ordering them in bulk on Amazon as I normally do comes out to only $1/bar. Apparently I thought spending $15 on protein bars was acceptable, although I know, objectively, that it is absolutely NOT.

3. Two of the same exact dress – neither in my size – by semi-accident (because I was deliriously browsing online and wanted to check the price with a promo code, and accidentally clicked “place order” on a site where my PayPal account was already linked), but way-too-easily accepted. This cost me $120 total, but I returned both, so it came out to a cool $0 in the end. Semi-win?

4. A dinner out I couldn’t afford because I wanted to show off, and I was feeling weirdly financially insecure about being taken care of that day. I like to treat my boyfriend as much as he treats me, but I simply can’t easily afford to sometimes. For some reason, I pulled out my cash and paid the bill knowing that this was the only cash I’d have for at least another week. It was only 20 bucks, but I have a pretty strict “spend the cash you allow yourself for the week and don’t go over that amount or charge any additional shit” policy to prevent myself from over-spending on fun stuff. It works, but it also stinks. I did have to use my credit card for a few days after that until I got paid (because I pretty much refuse to take money out of my savings account).

The thing about this list is that I can hardly justify being upset with myself, because these little mistakes didn’t even add up to a ton of money. I am doing pretty well financially, and I could hardly consider this much of a slip-up. It is more the principle behind it – I don’t want to live a life where spending money on junk makes me feel better when I’m feeling stressed or unwell. And it is hard, because it is so easy to turn to a “treat yo’self” mentality during times of extreme stress, but it is important to remember that it will ultimately cause more stress, and possibly become a huge financial setback. For now, I need to remind myself to practice what I preach here on TFD, and hold myself accountable for it all; it is easy to forget sometimes.