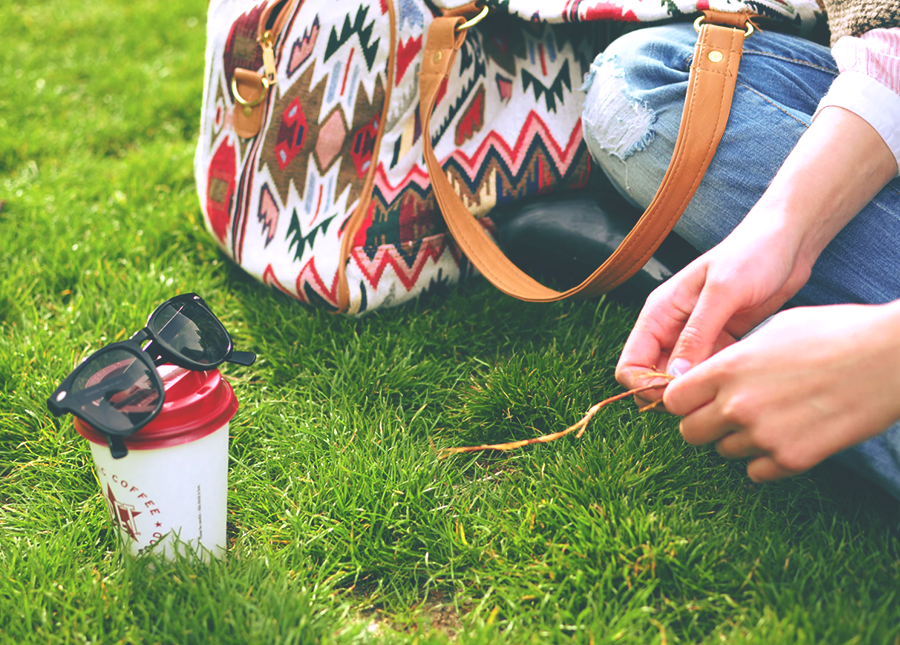 Obviously, this day would come, but I never actually imagined I’d get here. As I type this, a day after I made my final payment, I’m still in awe. I no longer owe money to a bank, credit card company, or even the government (until tax season, of course). With the exceptions of my landlord, cell phone provider, and blog and podcasts hosts, no one will be knocking on my door if I don’t give them a piece of the pie. I have reclaimed 45% of my paycheck.

I remember when I started to take my debt seriously. I was 25 years old, and I had taken advantage of the privileges handed to me since I was born: I grew up in the suburbs, attended a decent school, never went hungry, received a degree from a good university (currently ranked #2 in Canada and #33 worldwide according to QS World University Rankings),  and managed to attend (and graduate) law school.

As a result of those advantages though, I failed to realize the value of a dollar. Of course, I worked minimum-wage jobs and studied socio-economic inequality, but until I started to grapple with my own money problems, I didn’t really know. In retrospect, I didn’t have much to worry about. I was an articling student, a mandatory apprenticeship before becoming a lawyer, who had a salary of about $45,000 CAD ($34,400 USD). I had no dependents. I moved back in with my mom. And yet, I spent money freely, too freely, with nothing to show for it. I carried a government student loan, a private line of credit, and minor consumer debt on two credit cards. For the first time in my life, I needed to motivate myself to change. My hand was forced.

I am ashamed to say that I had a difficult time, despite my comfortable salary. Debt was a poison, and it consumed me. I was afraid that it was too late for me, that it meant that I could no longer save enough money for retirement, and that I would be stuck in a job that I was ambivalent towards.  Unable to juggle the different types of debt I had, I grew anxious and depressed. I wanted results now but I was compelled to demonstrate patience.

A few months into paying down debt, my mental health quickly deteriorated: I started grinding my teeth while I slept, I checked my balances at least 10 times an hour, I spent several hours each day crafting new budgets in hopes that I’ll find a quicker road to freedom. I had breakdowns. I talked about money to anyone who’d listen. I read every article on personal finance I came across. My debt tortured me and I tortured myself. “Maybe you should talk to someone about this,” my girlfriend gently suggested. “Do you know how expensive that is? I don’t have the money,” I snapped.

In a much better financial situation than myself, she offered to pay for my sessions. After a series of conversations, I reluctantly agreed to go without her financial help. A few months later, I also saw my family doctor for medication to treat my anxiety and obsessive-compulsive tendencies. In the forefront, I was restless at work. Over the summer,  I was officially admitted to the Ontario bar and my old job offered me a lawyer position and a salary that fell within the $70,000 – $80,000 CAD ($53,000 – $62,000 USD) range that came with healthcare benefits and a defined benefit pension plan. I moved in with my girlfriend, the therapy and medication started to work, and the amounts that I owed were steadily decreasing.

I would be remiss if I were to tell you that it was all smooth sailing from there. It wasn’t. After growing disenchanted with my job, I saw an opportunity at a place that actually aligned with my progressive values. The only catch? It was a part-time, contract job that came with a $36,000 CAD ($27,500 USD) salary. I applied anyways. As a rational human being, several questions ran through my head: Am I being irresponsible? Am I crazy to leave a secure job for a part-time contract gig that has zero guarantee of a permanent full-time position after? Shouldn’t I pay off my debt first before I take career risks that might not pan out? Do I have it in me to find additional sources of income if I can’t make the salary work? But thankfully, I have a supportive partner, who encouraged me to chase a meaningful career despite the initial paycheck. “If it makes you happy, do it,” she said. And with her blessing, that is what I did.

Within a few months, my employer was able to increase the number of days that I worked, which bumped my salary to $48,000 CAD ($36,700 USD). This went on for about almost a year, until I was offered a permanent, full-time position that bumped my salary to $60,000 CAD ($45,900 USD). A few months later, my salary was bumped again to the point where, after tax, I was earning the same amount of money as I did at my old job. Somehow, my leap of faith worked. While it was more than enough for me to live on and throw anywhere from $1,400 – $1,800 CAD ($1,070 – $1,380 USD) towards debt each month, I decided to start a blog. I wanted to share all of the financial lessons that I learned, as well as hold myself accountable as I went through my debt repayment journey.

A few months after I first started this blog, I hung out with Barry from Money We Have and he told me ways I could make money from writing online. While his suggestions seemed great, it involved partnering with companies, which just didn’t enthuse me. I wanted the money, but not at the expense of my values. Within these constraints, it forced me to find my own way to earn money through writing, which eventually led to publishing on Medium and ghostwriting for law firms. These sources would add anywhere from $500 – $2,500 CAD ($380 – $1,910 USD) (after tax) to my income each month. While this undoubtedly was helpful in paying down my debt, it also solidified that I could earn money through writing in ways that felt authentic to me. No sponsored posts, no affiliate marketing, no intrusive advertisements.

It’s been two years and seven months since I decided to change my life. My debt repayment story is certainly not the most extreme or difficult one out there, and I almost feel self-indulgent writing this. After all, my difficulties with debt was very much a product of my privilege and the new discomfort of being forced to weigh my spending decisions.

But, it did lead to many firsts:

I don’t mean to suggest that it was all frugal living, though. My partner and I adopted a senior rescue dog from Texas, moved to a more expensive apartment, and treated ourselves to a few vacations. I also made some expensive purchases that genuinely added value to my life. I made sure to never deprive myself, but I did make an inventory of everything I truly needed.

I write this piece, not to offer you wisdom or to suggest I had conquered some sort of adversity, but to share an alternate narrative of how a twenty-eight year old, living in an expensive city, earning an income doing what she loves, paid off $50,000 CAD+ ($38,300 USD) of debt. You don’t need to sell all of your stuff, earn a six-figure salary, or live on rice and beans (although, low-key, that is a big part of my diet due to eating 90% vegan). You can still take risks (that come with a 40% pay cut) and be selective in order to earn money in a way that aligns with your values. It might not be the easiest or straightforward path, but with a little ingenuity, it is possible.

You can work with nefarious companies, sell bullshit courses that prey on people’s insecurities, or even steal money from elderly women on the street, in order to pay off your debt. But unless you’re a terrible person, you’re going to feel like shit after. In the end, how you do anything is how you do everything. And how you choose to achieve your financial goals is no different. If something is truly important to you, you’ll realize that there is no alternative but success. No matter what or how long it takes.

Jennifer Chan is a lawyer and blogger. You can find her at jennifertchan.net where she focuses on connecting the dots between work, money, and happiness. She resides in Toronto, Canada with her girlfriend, full-figured rabbit, and a deaf & blind cockapoo.