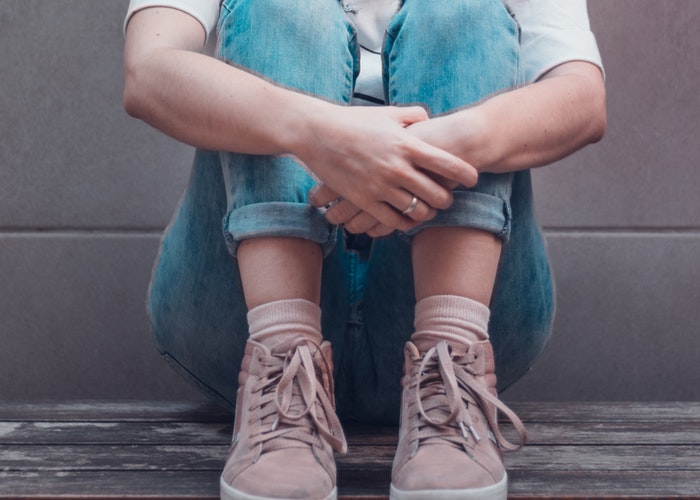 My dad raised me to be a saver. Some of my fondest childhood memories involve rolling change together on rainy Sunday afternoons. When I scored my first preteen babysitting gig, my Dad helped me open a savings account where I socked away half of everything I earned. I kept a big jar on my nightstand where I collected all my loose change — my first ever travel fund. Even though my parents were unable to help me much financially, I dreamt of pursuing an English degree and becoming a teacher. I qualified for scholarships and bursaries but still had to take out student loans to cover most of the cost of my books and tuition. I diligently kept a part-time job during the school year and typically worked at least two jobs during summer vacations. Every spare cent I made I tucked into my savings account to put towards my student loans when I graduated.

My high school boyfriend, on the other hand, was a spender in a big way – he ate out often, made silly impulse purchases and had a slew of expensive hobbies. Despite his bad spending habits, he was convinced that most of his spending woes stemmed from being an “unlucky” person.

For example, when we first started dating, we called each other incessantly in that embarrassing way that only makes sense when you’re seventeen. This shouldn’t have been a problem, as my boyfriend had added me to his phone plan, which should have made all our communication unlimited. Except, somehow he ended up with a phone bill somewhere in the $300 to $500 range. For two high school kids, this was a fortune. He refused to call the phone company to negotiate with them, saying it was his fault and he didn’t want someone else to pay for his mistake. At the time, this struck me as incredibly noble, even as he spent the next several months struggling to repay the bill. Red flag #1.

When you’re in love, red flags are easy to justify.

Somehow, he was never able to catch up after that first disastrous bill. He wouldn’t let me contribute, either, so I refused to let him buy me anything until the debt was paid off. Dates were out of the question unless I was paying, but we decided to take a small trip together after graduation. I was headed to university while he was staying behind in our hometown. He didn’t have any money to contribute to our trip, as he was still paying back the debt on his phone bill. This was okay, I reasoned. I still had that big jar of change sitting on my nightstand waiting to be rolled for such an occasion. I could cover the expenses this time, and he would treat me sometime in the future.

I got a big surprise after we got back from our trip. He had quit his part-time job. His employer refused to give him time off for our trip, so he simply quit. He assured me that the time we spent together that summer before doing a year of long-distance was more important to him than being employed. Noble and romantic, right? Despite that nagging feeling that this wasn’t okay, and knowing that his debts were mounting with no way to pay for them, I brushed it off. Red flag #2.

We reached a breaking point.

We moved in together my second year of university and from that moment on, things were never equal. I paid more, worked more, and did more around our apartment. My boyfriend rarely had steady employment, something he blamed on his bad luck. He started attending university, but because of his parent’s high income, he was unable to qualify for government-issued student loans. He took out a student line of credit at 19.99% to attend school, an account he kept even after he dropped out a year later.

I did everything I could to mitigate our expenses during his unemployed rough patches. I gave up “frivolous” personal expenses, like makeup, haircuts, and new clothes. I stopped going out, I stopped traveling back home, and I was soon spending more time at the Thai restaurant where I worked than at school. Nothing seemed to help. Where was the money going?

That’s when the collection notices started rolling in. And he couldn’t keep his secret any longer.

When my boyfriend finally fessed up, he was completely repentant. He was an idiot, he said. He had fucked up, he said. And above all, he was so, so sorry. I can’t remember now how many credit cards he had taken out without telling me, and they were all maxed out. Restaurants. Liquor. Video games. A miscellaneous collection of the most random, indulgent crap that you can imagine.

I took charge, poring through all the bills and invoices, looking at all of his accounts and trying to figure out the best way to tackle this debt. All of the credit cards had ridiculously high interest rates, and because my boyfriend was unemployed at the time, even making minimum payments seemed out of the question. In no time at all, we decided to use his student line of credit to pay off and close all of his credit cards. And shortly after, we used the money in my own savings account to pay off and close his student line of credit.

Yep — this was the money I was saving to pay off my own student loans after I had graduated, the money I had scrimped and saved and sacrificed for. Gone, all with a few clicks of a button.

The “sunk cost fallacy” of love and money.

Why did I stick around? This is a question I’ve asked myself many times in the five years since our relationship ended. A simple answer would be: I was young, this was my first real relationship, and we had already been together for what felt like a lifetime. This is where I fell into the sunk cost fallacy: I had already invested so much time, effort and yes, money, into this relationship, that throwing it away seemed like a waste.  However, the relationship was toxic and of no benefit to me; between supporting us financially and performing all the household duties while he sat around our apartment playing video games, I felt more like the mother to a sullen teenager than an equal partner in a loving, adult relationship. Looking back now, I can see that in those years I lost so much more than just money: relationships with family and friends crumbled, hobbies and interests fell by the wayside and my mental health and feelings of self-worth suffered. Before long, I was a shell of the person I had once been. I felt myself losing my identity to this relationship that I wasn’t sure I even wanted anymore. But that’s why it’s a fallacy — you put so much emphasis on the sunk costs that you’re blind to how much costlier it is to keep the status quo.

Beyond this, I was desperate to keep up the illusion that we had a perfect relationship. Even though the red flags were coming at me fast and furious, and even though I was drowning in misery, no one in my life suspected a thing. In fact, family and friends frequently told me how lucky I was to have him. I never even considered telling anyone or turning to anyone for help, because to do so felt like admitting that I was a failure and a sham.

And finally, because I considered myself fairly financially savvy, this seemed like a reasonable strategy at the time. We were a couple, a partnership, a team, which meant that I was looking at his consumer debt as my debt, too. His student line of credit had an interest rate over four times as much as my student loan, and because he was no longer in school, that interest kicked in immediately, unlike my student loan, which would not start accruing interest until after I had graduated. It seemed like a no-brainer to knock out the high-interest loan first, banking on the idea that my boyfriend would be able to help me pay down my student loan later.

Of course, that never happened. And, ironically, after our mutual breakup five years ago, my ex told me that one of the biggest reasons he fell out of love with me was because my obsession with saving money and being frugal was such a turn-off. Of course, he never paid a cent towards the $10,000 he owed me.

Before you feel too bad for me, I’m in a much better place now. I completed my degrees, have a career that I am passionate about, and am happily married to a financial planner whose values much more closely align with mine. Yes, that $10,000 still haunts me sometimes, especially when I have a big expense, like our wedding, buying our home, or paying off my student debt. And I’ve been so embarrassed by my mistake that it’s taken me until now to even begin talking about it. But I have been fortunate enough to reach a place where I can look at that amount with some perspective.

If I could go back and give my younger self some much-needed advice, I honestly wouldn’t know where to start. “There is more to life than saving money,” comes to mind. “Don’t drop all your savings into a bad investment” is another. But I think, above all, it would be to know your worth and own who you are. Continually sinking all of my resources into a relationship that made me so unhappy came from a place of vulnerability and anxiety. I was letting others define who I was. I wanted to be that girl who had it all and achieved it all on her own, and I did everything I could to keep that facade from crumbling down around me. At the time I made that $10,000 decision, I felt so alone and unempowered like I had no other options and was too embarrassed to ask for help.

If you’re reading this, remember that even the worst decisions we make do not define who we are and that it is never too late to walk away from a bad decision. It’s a lesson that cost me $10,000 to learn, but I’m glad I learned it.