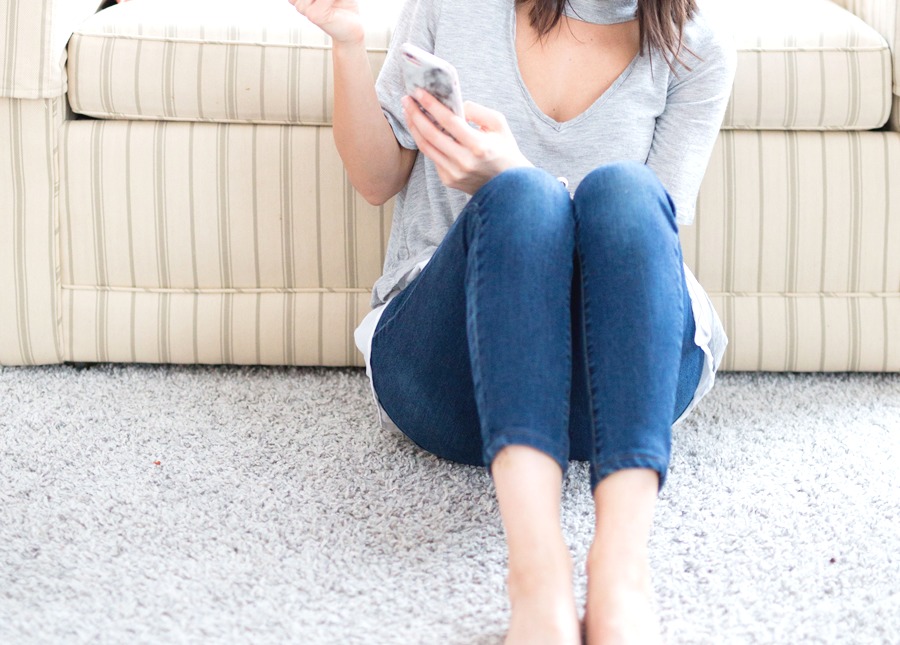 I’ve always been a pretty competitive person, but I lacked execution. What I mean is, I would measure myself against others, but I would do it without comparing strategies and continue on thinking life wasn’t fair. For example, when I was in the ninth grade, a family friend’s daughter was earning a 4.0 GPA. All I knew was that I wanted to do the same. I didn’t think of the extra time I would need to spend studying, extra credit work, and whatever else a 4.0 student does to have the best grades possible in our current education system. I didn’t change any of my studying habits, and yet would be frustrated when I would get a less-than-perfect score back on homework and tests.

This way of thinking followed me into adult life in the form of salary envy. As soon as I graduated college, I assumed I would get a great job. I had two Bachelor’s degrees, been in an insane amount of extracurriculars, and an internship under my belt. But I started comparing myself to the friends I aspired to be like. One of my best friends started off in a job with a $54,000 salary with great benefits. She was also working for one of the top technology companies in the world. Again, I didn’t think of that aspect. I only thought that if she made that much starting off, so should I. It didn’t matter that we had radically different degrees and had — and still have — very different professional goals.

When I got my first salaried job, I was beyond disappointed. I was making significantly less — $30,000 without benefits (thankfully, I didn’t need health care coverage at the time because I was under 26 and still on my parents’ plan). I was working as the marketing person for a local spa company. I liked what I was doing enough; it was challenging and different every day, I had a very flexible schedule, and my co-workers were amazing. I was learning a lot of new skills yet a lot of the time, but all I could focus on was the money.

A year later, I moved to Las Vegas and was looking for a job. I had my mind set on making more than I had at my previous job. But not just more. I felt I needed to make the same amount that my friend had made starting her second year into her career. She was now working in Silicon Valley for the biggest technology company in the world, but she was still my major comparison point when measuring my success. (How unfair to do that to your friend, right?)

I spent a few months interviewing for jobs, always making it clear that I wasn’t going to settle for less than $55,000. I kept not getting the job. Finally, I was able to land a job who had not asked my salary requirement. It paid $41,000 without benefits and $38,000 with. I was upset at myself once again. I needed the money, so I couldn’t say no, but I couldn’t figure out why I couldn’t find a job with the salary I thought was normal for a job in marketing.

Finally, a few weeks ago, on a secret Facebook group that I am a part of, someone broke a societal rule. She asked for people to be honest and tell her where they were from, what they do, and how much they made. When I first read it, I was nervous. I didn’t think many women would participate. A few hours passed by, and over 200 comments appeared. As I read through them, I started to forget about my competitive side. I started reading about other women and their struggles to make the money they needed to support themselves and their families. I read about women who love their job and don’t care what they make, and women that have made more than ever before by going self-employed. I read comments from women in health, science, customer services, marketing, sales, everything you can imagine.

Still very hesitant, I decided to make my own comment:

I work as a Database Marketing Coordinator in Vegas for $41K. More than I made in UT (30K). I’m new to this job and I don’t know the industry very well, and this is only my second year out of college but would love to not stress so much about finances. I love how open everyone is on this post! It really puts things in perspective. If there was salary transparency, I feel like the issues of equal pay between men and women would not be as pushed aside!

I felt empowered. Other women replied to my comment agreeing with my statement. They felt that even though society wants us to keep our salaries to ourselves, it is super important for us to know each other’s in order to earn more. This virtual conversation with hundreds of women across the country put things into perspective for me.

It’s not a competition.

After reading the hundreds of comments by other women, I started to step outside of myself. Competing with other women’s salaries was not what I should be doing. I had been so worried about being behind in finances, saving for retirement, etc. that I didn’t realize that everyone felt that way. I used to think of myself as a very considerate person, but maybe I wasn’t in this aspect, and especially not with myself. I should be proud of my friend’s accomplishments (which I am), and nothing more. I should stay in my own lane.

I now had a bigger why to take action.

The reason I wanted a 4.0 grade-point average as a kid was mostly for bragging rights. It had nothing to do with being the best student I could be, or a long-term plan of going to a great college. My reason for wanting a better salary was more justified, but it wasn’t a big enough “why” for me to dig deeper into why I was being paid a certain amount. Now, I had a bigger reason. By not being transparent about my financial woes with other women, I was holding us back from all getting to the point of being paid what we felt we should be.

It gave me inspiration for multiple streams of income.

I was fascinated by the number of women who had paved their own way to success and made a living off of it. I always thought of side hustles as a lot of work and very little money. After reading these women’s stories, I no longer saw them that way. It was a lot of work, but it could have a big pay off. I began to take some dreams of mine I had been putting on the back burner, like writing and starting a business, into a well thought-out plan. I began writing a business plan and pitching to different publications. I was finally taking action for me and not just because the idea sounded good.

I am forever grateful to have found a community online that showed me a different side to myself. This shift made me proud to be a woman, and made me an even bigger advocate for equal pay and salary transparency. Comparison can sometimes be a good thing if you know what to do with the feelings it brings up. So now, I do.

Elsa is a Nutella-addicted marketing professional, freelance writer, and musician living in Las Vegas. When she is not busy over-analyzing her life, Elsa loves to spend time learning new music, watching Instagram stories and spending time with her dog, Bruce.