How AmeriCorps Taught Me To Be Good At Being Broke 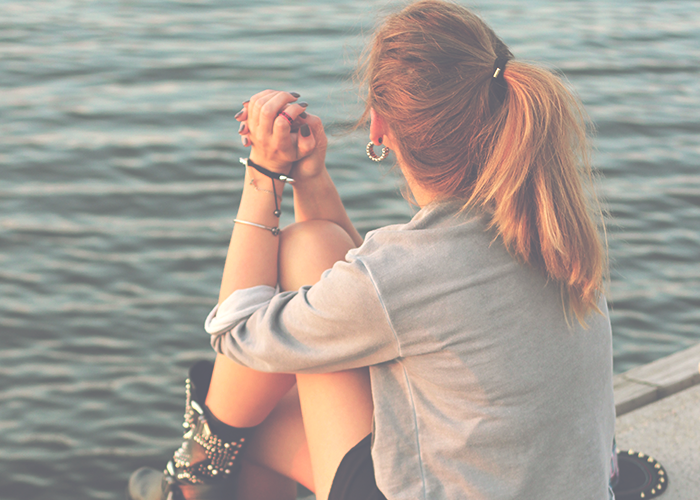 I stood at the checkout counter of the Vons in Inglewood, CA and swiped my debit card.

“It didn’t go through,” the woman said.

This wasn’t the first time my card had been denied. I pulled out my iPhone (I can’t afford groceries but I have an iPhone) and I logged into my bank account. Seventeen dollars in my checking account, $200 in my savings. After a quick transfer, I continued checking out and walked back to my apartment. I wasn’t surprised that I had no money, but I just didn’t really know how it had happened.

I spent the first two years after college as an AmeriCorps member in Denver. This meant that I was a volunteer, receiving a living stipend of $800 a month. To say that I lived cheaply would be a gross understatement. The first year I would walk to one grocery store, write down the prices, then walk to another one, write down those prices, and compare them before buying anything. I only bought clothes on sale at Goodwill, and I knew the cashier at the Dollar Tree by name.

The weird thing is, I felt financially stable. As an AmeriCorps, you get a few perks by living far below the poverty level. For one thing, I was on Food Stamps (or Obama Bucks, as I like to call them). Every six months I spent countless hours on hold or waiting at the Department of Human Services Office to re-verify myself, and the forms were confusing enough that half the time I completed them incorrectly; but I received roughly $200 a month, so it was worth it.

Another perk of being an AmeriCorps, at least for me, was that all of my friends were current or previous members. This meant that everyone I knew understood what I was going through. Our lives revolved around spending the least amount of money possible: We went to the same happy hour every Friday, because it had cheap beers and free food until 7 p.m., and potluck brunches were always chosen over going out to eat.

After AmeriCorps, I figured that any job I got would be more financially beneficial than what I was used to. So when I moved to LA, the world was my oyster.

“You are just going to get some minimum wage job?” my dad asked before I moved.

Within a few months I started working as a receptionist for a company, where I made $13.50 an hour. I could have gotten more, but the idea of making that much sounded like a million dollars to me, so I didn’t ask for anything higher. It was great at first. I made more in a few months than I had in the previous year. I bought people lunch and I shopped at Banana Republic. I was in a heyday of living comfortably, and loving it.

Then my Obama Bucks ran out. And all of a sudden I was paying for gas and a cell phone and rent and expenses were piling up.

As an AmeriCorps, people bought me stuff all the time. Supervisors, random volunteers, people just gave me things, and I felt fine taking it all because hey, I was an AmeriCorps. In LA, though, if I wanted to do something, I had to pay for it. My hourly wage felt like a lot, but it’s actually not that much. For the first time in my life, I had to budget.

When I was in AmeriCorps, I had no finances, so “managing” them wasn’t a thing. I never looked at my bank account because I knew it was probably around $100 no matter what, and that meant that sure, I could get one more drink, but only one. In LA, what felt like a huge paycheck was deposited into my account every two weeks, but after my bills and a few nights out, it seemed to be gone.

Maybe my lack of budgeting is the reason I found myself at Vons that day without enough money to buy groceries. I walked home defeated, thankful to have a savings account so that even when I was broke I still had a cushion of a couple hundred dollars. But I also realized that I needed to get a grasp on my finances.

“Where do I start?” I asked my mom. “Everything costs money.”

“Welcome to the real world,” she said.

Maybe it’s the fact that the cost of living in Los Angeles is so high, or maybe it’s that for the first time I was paying for my own groceries and needed to stop splurging on the vegan products at Whole Foods. I cut back on my spending and followed the budget I made for myself on Mint.com. Now I try to live like I did as an AmeriCorps, but it’s hard to do in LA. Even when I’m doing an activity that requires no money I find myself pulling out my debit card, each time wincing a little as I swipe it, nervous that I’ll get that familiar pitying look from the employee before they ask if I want to try another card.

Lilly is a writer with a third of her possessions in LA, a third in Denver, and a third in Michigan. She enjoys writing, listening to the radio, and riding her bicycle.