How Being An Overachiever Can Ruin Your 20s 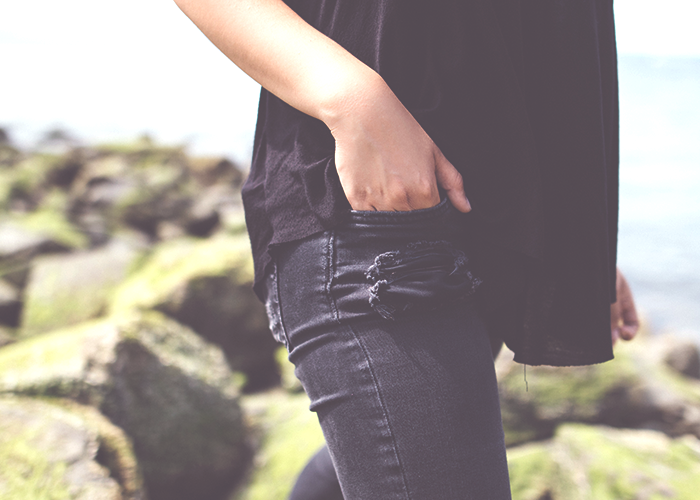 August 26th, 2016 was my last day at a job of two years; I worked first on an international team and then on a social media team. It took me two years to learn that the hardest thing — especially for a dogged overachiever like myself — is knowing when to throw in the towel when something isn’t working. This can apply to your relationships, to your job, to your workout routine: Having room to fail is what helps you to grow.

Failure has such a negative connotation in our society. Webster’s Dictionary describes it as an “omission of occurrence or performance.” Pretty mild, by our standards. But I think failure should be known as “the trigger that forces a change to create success.” Despite knowing that failure is natural, inevitable, and usually brings you to a place of growth, I still have a hard time giving up on anything. Example? I once ran 20 miles on a stress fracture because I refused to accept that I was injured. Yeah.

I’m such a success-oriented

person who needs to constantly achieve. When I wasn’t achieving at my work (above), my whole life started crumbling around me. I felt like a failure because I wasn’t invested in my career anymore. My lack of interest in what I was doing made me feel like I wasn’t ambitious, I wasn’t driven, and that I had literally no business being in San Francisco anymore, all because this one particular job wasn’t working out.

I had a moment of clarity when I was home in Pittsburgh in July. It all came to me as I drove to my grandparents’ house one morning, and it felt like a sign. I suddenly had a plan: I was going to quit my job, move back to Pittsburgh for a few months, try to freelance full-time, and then come back to SF to work on a really exciting project with a friend. I told everyone my plan, they were all on board — even my dad, who always encourages me to achieve and work hard for financial stability

. I wrote my resignation letter on the plane back to SF.

But…I stayed. As soon as I returned to the office, I started second-guessing myself because I didn’t want to lose the cushy paycheck. “Oh, but I’ll miss being able to travel.” “I’ll miss getting my nails done.” “I won’t be able to afford SoulCycle.” Really ~shitty~ excuses, when it comes down to my overall happiness. And really, I was making these excuses because I was afraid of taking a really scary leap into the unknown.

I just kept waiting around for someone else to make a decision for me; I didn’t trust myself. Then, one day, my hand was forced and I realized — it’s not fair to anyone that I’m staying in this job. Unfair to all my friends and family, who constantly hear about is how miserable I am while I’m not making a change to get out of that misery. Unfair to future Cassie, who deserves to be happy and do something with all of her talents. Unfair to my employer and my team; they deserved someone in that role who wanted to be there, not someone who was there out of self-induced obligation.

I was so jealous of everyone I saw who was writing, freelancing full-time, and working on cool projects. I desperately wanted that kind of flexibility in my career. It’s not that I don’t want to work hard and do awesome things; it’s just that I want to be able to do so on my own time, at a place of my choosing. I realized I’m the only person who’s capable of achieving living the life I want. If I want to somehow make six figures doing work I actually give a shit about, that’s on me. But first, I knew I had to get out of the situation that completely destroyed my self-confidence, my drive, my relationships, and my motivation. So, I decided to throw in the towel on my job.

The morning of this (second) realization, I lined up the first bit of freelance work just to have some money coming in so I felt a lot more secure in my decision. I thought about taking a sabbatical from work, but since I do have that desire to have a purpose and achieve, I knew that a sabbatical wasn’t the right answer. (And truthfully, it was a relief when I realized I actually wanted to work, just not where I was currently working). I had told my therapist the Friday before that I was finally going to quit. I told all my friends and family (for like the fifth time, I’m sure). But this time, I actually did it. And exactly zero part of it was scary. It was 110% a sense of relief.

I’m a firm believer in everything happens for a reason. It’s okay to have that existential crisis in your mid (okay, late) twenties. In fact, it’s okay to have it at any point of your life. “I don’t know how this is all going to pan out in the end, but if it wasn’t meant to be, it wouldn’t have happened this way.” Life has a funny way of dropping you off right where you need to be and bringing people to and from different aspects of your life at pivotal moments.

All this is to say: if you’re an overachiever, secretly holding yourself to an impossible standard that’s making you miserable, quit that job. Buy that plane ticket. Write that e-mail. Submit that essay. Whatever you’re putting off because of fear of failure or fear of being hurt — just do it. If you’re feeling something in your gut — and you keep feeling it for weeks and weeks — your intuition is probably right. The worst that happens is you have a learning experience. Maybe you have to lick your wounds for a little bit, but life goes on. The best that happens is that everything works out ~perfectly~, but let’s be real — being vulnerable and admitting what we failed at or what we’re not great at is what makes us relatable and human.

None of us are going to knock it out of the park in every aspect of our life all of the time. But if we keep going despite our failures, if we quit the things that are keeping us from failing productively, then something we do is going to work out and get us up on the scoreboard.

Cassandra is freelance social media strategist based in San Francisco, California. When she isn’t writing witty Instagram captions or capturing the perfect Snapchat story, she’s running, biking, traveling, or finding the next best restaurant in SF.