What Being In A Sorority Really Cost Me 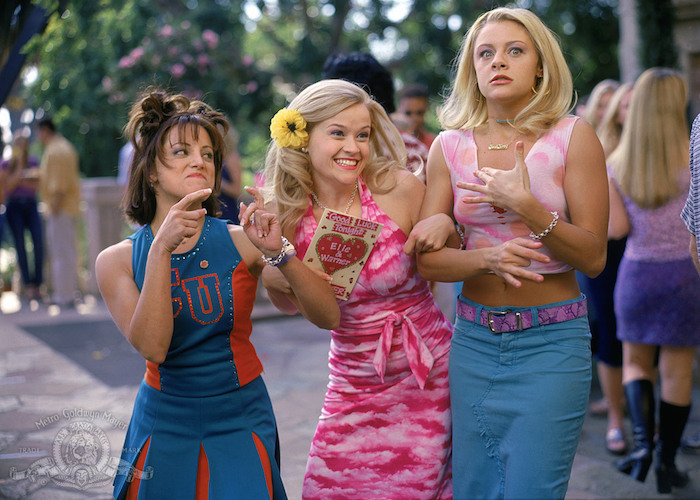 Like many girls my age, I grew up watching Elle Woods, the characters on Greek, and even my own aunt glorify Greek life — and the “sisterhood” and fun parties that came with it. All these women had so much in common: they were all beautiful and popular. Every girl seemed to want to be them, and every guy wanted them. I couldn’t wait to become one of them when I got to college.

They were also cookie-cutter, privileged, upper-middle-class white women. It never crossed my mind that sorority life could be different, even difficult for someone who didn’t fit their mold.

During rush, our recruitment counselors emphasized the importance of looks. We needed to look the part, dress conservatively, and take pride in our appearance…but why would this matter if these were the girls I would eat ice cream in my sweats with for the next four years?

As I went from room to room meeting each different chapter, each sorority’s financial Vice President would get on the mic and talk about finances. Every one of them undermined the hefty price tags by telling potential new members how it was “so worth it” and “the best investment ever.”

It eventually came time to pick which sorority to go with. Of course, joining the top-tier sorority (full of mainly blonde, white members) was twice as expensive as any other organization on campus, about $980 per semester. But who wouldn’t want to be part of it? All of the girls were beautiful, and if they let me in, it had to mean I would fit in, right? I thought so. All of the members kept explaining that it would actually end up being more economical than other sororities because their dues were “all-inclusive.”

I’m pretty sure the dues didn’t actually include anything. We didn’t have sorority houses, so the $980 didn’t include housing or any meals at all. I used my financial aid refund to pay mine, leaving me with very little money to live off of for the rest of the semester. But who cared, right? A small price to pay for such amazing friendships and a community who would love me no matter what.

During my first semester in this exclusive sorority, we were also forced to pay more than $400 for a mandatory “sisterhood retreat.” The initiated sisters slept on couches, beds, or sleeping bags, while the new members slept on hardwood with a pillow if we were lucky.

The “all-inclusive” dues also did not include the many unofficial uniforms of the sorority. Every event required a new T-shirt, which all cost between 15 and 40 dollars. I was constantly on the phone with my parents begging them for money because I couldn’t afford to keep up appearances on my own.

Unfortunately, this financial nightmare went beyond retreats and T-shirts. We would also get text messages from older sisters telling us what we had to wear with each T-shirt. Sometimes, it was white skinny jeans and nude wedges; other times, it was dark wash jeans with Jack Roger sandals. I vividly remember a girl in my chapter speaking up to say that she didn’t own the mandatory Jack Roger sandals. I was so glad that she did because I had never even heard of them! The president of the chapter said anyone who didn’t have the specific shoes would have to “figure it out” or “buy fake ones for like 30 dollars.”

The problem was, I didn’t have 30 dollars — but that didn’t seem to matter. If I didn’t have the shoes, it meant I couldn’t participate in the event, because I didn’t look like everyone else. If I didn’t participate in the event, I would be sent to “standards” for disciplinary action. If any sister is sent to standards three times or more, they are at risk of being deactivated — AKA kicked out of the chapter.

The bottom line was this: you better be able to afford to look like us, or we will kick you out.

I will also never forget when one girl in my pledge class cried to our “pledge mom” and told her she didn’t own white pants, and that she hated how she looked in them because she wasn’t as thin as the rest of our “sisters.” “Mom” responded, “It’s just really important for us to all look the same, and it’s only one day.” For a sorority that claimed to “empower women,” it seemed they cared more about everyone looking the same than this amazing girl feeling comfortable.

Sororities might very well be an amazing experience for girls like Elle Woods or the girls in Greek. It’s probably easy to have fun when you are genetically “blessed” enough to fit a sorority’s cookie-cutter molds and have parents with a bank account big enough to buy every single new “uniform” required of you.

Unfortunately, at least in my case, if you look different, or don’t have enough money, you are often not one of the women these organizations will empower and love unconditionally. I would love to go back and tell my 18-year-old self, “You don’t have to go broke, be uncomfortable, or look like everyone else for people to love you!” Because the experience I thought I wanted so badly turned out to be an expensive and disappointing scam.

I stayed in the organization for that first semester as a new member and two more as an initiated sister. It never got better, and only got more expensive.

The first semester, between dues, the retreat, t-shirts, formals, and miscellaneous expenses like matching shoes and new white pants, I spent about $2,400. The next two semesters, dues were increased, but I already had the “uniform” pieces, so the cost was roughly the same.

After those three semesters, I decided to drop. After that, only one of my “sisters” reached out to ask what happened, why I dropped, and if I was okay. She’s the only one I keep in touch with to this day. There was no love lost — just a few thousand dollars down the drain. It was a miserable mistake that cost me more than $7,000 when all was said and done. I found that Greek life is a way to “buy your friends” and those friends come with a hefty price tag.