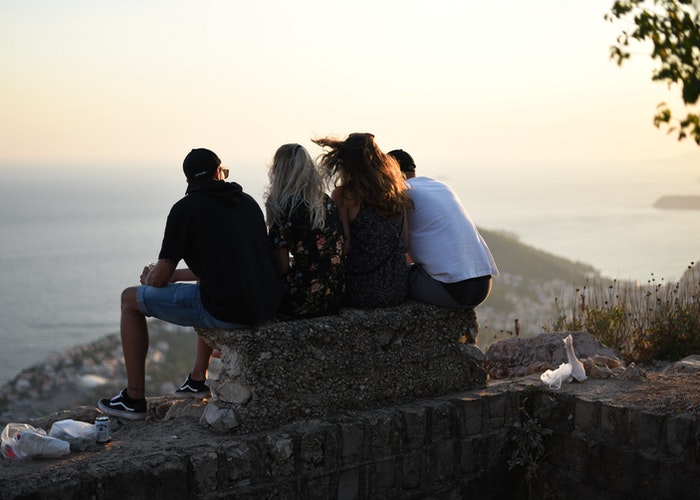 As the youngest child of my family, I learned from everyone else’s trial and error. Finances are not an area of my life left untouched by this fact. My spending habits, my work ethic, and my financial literacy are a product of my upbringing.

One could argue that being the youngest child is either the best or worst role in the family. However, one major benefit is that you get to learn from multiple sources without having to live out each path yourself.

When I left for college, I’d already been the only child left in my parents’ house for two years. I’d already witnessed the leaving-home scenario play out twice. I was very aware of my role as the “final child” and knew what it meant for my parents. They were one step closer to having no more children to be financially responsible for.

I knew money was a limited resource.

I spent my senior year of high school and my college years hyper-aware of what my parents had done for my siblings, keeping a mental note of what I perceived was left over for me. Not only did I think about how much money they’d already spent, but I also spent even more time thinking about how much energy and attention they had left to expend. Furthermore, I made conscious decisions to put myself in a position to exercise as much financial freedom as possible. I so badly wanted to join my siblings in the great, big world of adulthood.

Through the anecdotes and warnings from my parents and siblings, I was able to learn from historical events that I either did not live through or did not directly affect me, because I was too young. I learned there are so many resources that go unclaimed, so I made sure to take advantage of all opportunities, like scholarships and internships.

Like anyone with at least one older sibling —  not to mention three — I’m no stranger to hand-me-downs. Early into my young adulthood, I became well versed in living below my means. I’ve had three cars from the ages of 16 to 24 and as I’m sure you’ve guessed they were all family cars that were passed down. To put things into perspective, I drove a 1997 Toyota Corolla for six years. After that? Another hand me down car from my parents (from the current decade, which is a nice upgrade). Many would consider me very lucky to have this arrangement and chalk it up to the standard “handouts” synonymous with being the youngest child. However, many people in my generation would be too prideful or care far too much about appearances to even accept the less than flashy wheels my parents offered me. Because cars are being built with higher quality, they last longer and consumers can extend their wait time between purchasing their next one. I have practiced extreme patience and have been in no rush to take on unnecessary bills like a hefty car note for the sake of “keeping up” with my peers.

To put it simply, I learned how long things can last if you truly take care of them. This goes for furniture, dishes, and clothing (as long as it’s still in style, of course).

I’m used to having roommates.

Living below my means has translated into my living choices as well. Naturally, I spent the least amount of time living alone, as my siblings had their time to shine before each new child joined the party.I didn’t get that luxury until they began to move out for college and enter the workforce, even then I was never truly alone because I was still living with my parents. I had roommates throughout my undergraduate years. At most, I had up to five roommates at a time. So while it’s ideal to live alone, I am more than used to sharing a fridge with 2-5 other people, sharing bathrooms, and happily sharing bills. I moved to a much bigger, expensive city and I have at times been tempted to get an overpriced one-bedroom apartment (or even a cute studio) for the sake of having something of my own and to prove I’m thriving as a young adult. But I always quickly snap back into reality.

When it comes to food, I tend to cook in bulk. To this day, whenever I make spaghetti I make enough to easily serve five people — it’s all I know! As I mentioned earlier, I moved to a bigger, more commercial city. Eating out or ordering in for every meal is much more acceptable and even encouraged here. Not only did I learn to cook from both of my parents, but I also adopted some of my siblings’ signature meals as well. There are many times I have to tell my adult self “we have food at home.” Leftovers have been, and always will be, my friend. I’ve learned how to cook hundreds of satisfying meals and choose not to rely on UberEats. It can be very tempting to never cook or do dishes but the average person can save $36.75 per week by preparing all meals at home as opposed to eating these meals at restaurants. Some quick math shows that this is nearly $2,000 in savings per year!

I learned there are more important things than money and work.

Growing up, my mom required each of us to have a volunteer job before getting our first paying job. This rule, which seemed silly at the time, taught me how to work hard, give back, and see a project through to its completion rather than doing things disingenuously solely for the sake of money. As the years went by, my siblings changed jobs and even changed their overall career trajectories. What seemed to my pre-teen self as a cool excuse to leave the house and have spending money quickly turned into a means of survival. I learned the hard lesson that many people don’t love their jobs all the time, if at all.

This realization definitely played a factor in the decision not to get my first job until my sophomore year of college. This wasn’t terribly difficult, because I wasn’t really spending any money prior to that. I spent so long doing free or cheap activities and mastered how to make a little money go a long way. By observation, I quickly learned that once you enter the workforce, you rarely stop for the rest of your life. The extra year or two that I got to savor before jumping head-first into a life of never-ending work was priceless. I saw that once my siblings became employed — during high school at that —  they then went on to another job, then another, and again then another. I was willing to have much less money in my pocket in order to have some time I could not otherwise get back.

With three older siblings and two parents, I had five people of various ages, career fields, and personalities to learn from and take into consideration when making my own decisions.