How Being Unemployed Made Me Sabotage My Love Life 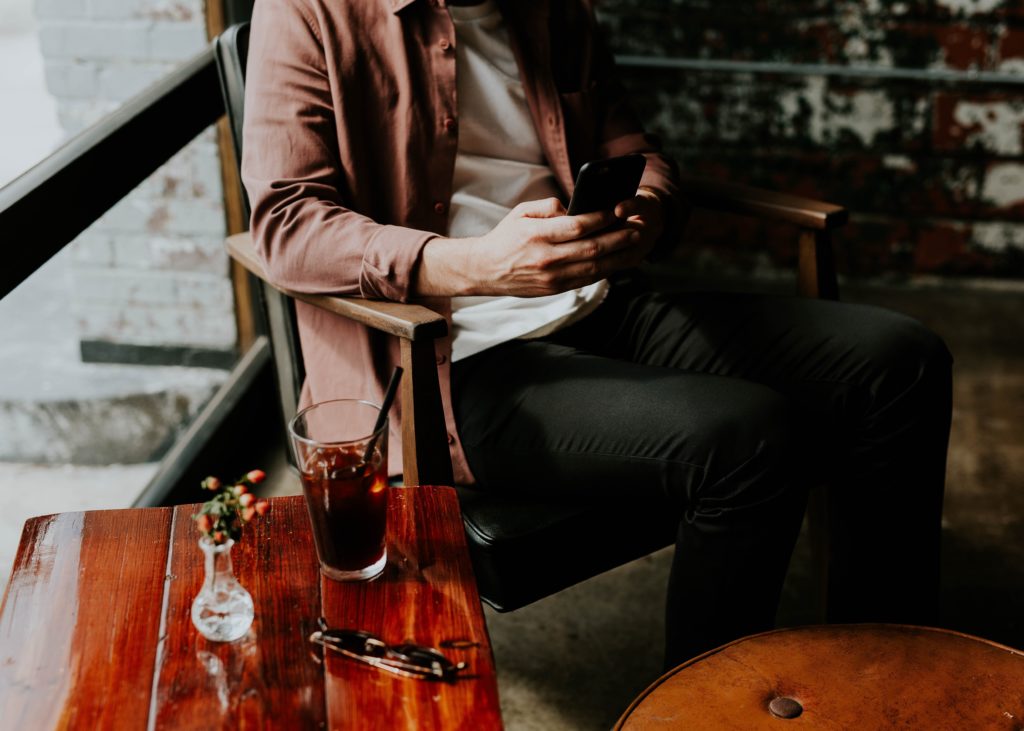 A wave of relief washes over me every time I delete Tinder off my phone. I believe I am of a generation of lovesick people, having come of age at the height of the dating app boom. Whenever the sweet hits of dopamine Tinder provides inevitably sours, I vow I will never again allow myself to become infatuated with a face on a screen.

Nevertheless, in times of crisis, when I am hemorrhaging self-assurance, I find myself furiously swiping through profiles in search of a flirtatious pick-me-up. Such was my state of mind this past summer, when I was unemployed for two consecutive months for the first time in years.

I am reluctant to admit that my self-worth is reliant upon my employment status. I like to work, and I like to be recognized as a hardworking person. I’m concerned that my need for occupation signals misguided priorities on my part, but I lose my sense of purpose without the formal structure of a traditional 9-to-5 job.

During my recent bout of unemployment, a job was no longer just a job to me. Being fresh out of college, I was suddenly expected to throw myself into a career. As I was poised at the top of a downward spiral of unemployment anxiety, I was also investing myself in yet another screen-based flirtation. I was in deep with a Tinder match who’d convinced me to take the multi-platform plunge by connecting over Snapchat when the clock ran out on my temporary employment situation. Finding a new position became my full-time occupation, an unfulfilling day-job that would often spill into the night and yield diminishing returns (I was called for only one interview during those two months and the job went to someone marginally more experienced).

I’ll call the object of my romantic fixation “Sam” for the remainder of this article. That’s not his real name, but I have always held the belief that men named Sam are thoroughly decent, and I can’t emphasize enough how patient and upstanding this man was with me. Sam reminded me of a golden retriever, presenting himself online as energetic, active, and excitable. His Instagram profile made it easy to picture him as the type of guy who’d be happy to wake up early to watch the sunrise on his own, but even happier to have a friend watch it with him.

Did desiring to connect with Sam inherently imply that I felt there was a Sam-shaped hole in my life? Not exactly. Roland Barthes’ description of absence in A Lover’s Discourse resonates with me in this regard — Barthes describes absence becoming “a business” that occupies the lover with constructing a fantasy version of their desired partner. Having nothing to fill my time while I was unemployed, I was consumed with two key absences: finance and romance. I rapidly became someone I didn’t recognize — I was up at odd hours, obsessively pouring over resumes and cover letters with dark circles under my eyes. I would emerge from my bedroom on occasion only to devour a pack of store-bought hummus for sustenance before returning to my cave. Meanwhile, I was also strategizing my flirtatious correspondence with militaristic precision. I painstakingly crafted every “effortlessly” charming witticism. I mapped out the trajectory of every text exchange in my mind before I typed a single word, creating fiction with roles and dialogue.

In an especially misguided gesture, I dropped $50 on tickets to a dance party and pitched the event to Sam as a potential first date. I told myself that I wanted to go to the party anyway and that I could find another friend to accompany me if Sam wasn’t interested. But in hindsight, I see that I was deceiving myself on both counts. I have to be in just the right mood to go out dancing, and that’s not something I can generally count on. I don’t like large crowds, I rarely enjoy club music, and I hardly drink anymore after one too many depressive hangovers. And Sam was unenthusiastic about my brash idea anyway. It was for the best that he turned me down — emotional spending born out of insecurity makes for excessive pressure on a romantic rendezvous.

Sam and I planned a coffee date instead (I never mentioned to him that caffeine keeps me up at night). I was probably 30 cold emails deep into my job hunt at this point, so I did not take what I perceived to be my 31st rejection lightly when Sam later asked to reschedule. Recounting this story to friends, I frequently characterize the behavior I exhibited in this moment as borderline demonic. I unleashed the most petulant barbs I have ever written and directed them at a guy who didn’t deserve any of my ire. My tone was demanding — I wanted to know why this person I had allowed to occupy my mind for months was brushing me off. I drilled into Sam, accusing him of trying to dodge me and implying that he was stringing me along because he enjoyed being pursued. I still cringe when I think of how I acted, even after apologizing and deleting my Snapchat account to let Sam and I both out of the hell that I created.

It took a few months of digital detox from my many dating app subscriptions, but I’m happy to report that I’ve regained my sense of self. I’ve made a triumphant return to the workforce as an intern. I’m choosing to stay single at the moment to focus on my career and my mental health. I’m also working through my anxiety in therapy, which I feel very privileged to finally be able to afford. It may surprise you to read that Sam and I still keep in touch over Instagram (yes, he really is that patient with people). I assured him that I am better at being a friend than flirt, and I believe I am making good on that promise.

Being single and unemployed is an isolating double-bind. Everyone needs some degree of outside validation, but this validation should never supplement self-love. Furthermore, admitting your shortcomings can be all the more rewarding. I am very honest in job interviews that I am an introvert with fluctuating confidence who will over-analyze anything and everything. I should be more up-front about these insecurities with potential suitors, too. Whether you are interviewing to be someone’s employee or their main squeeze, being authentic and vulnerable will lead to much more satisfying relationships in any area of your life.

Since completing his undergrad in Media and Communication Studies, Spencer has been on one about personal finances. His goal in writing about money is to demystify and de-stigmatize financial planning for anxiety-ridden generation Z. Spencer has ambitions to write many words, run many miles, and collect many books. Follow @spencerkahler on Instagram to see him make it work in Canada’s capital.