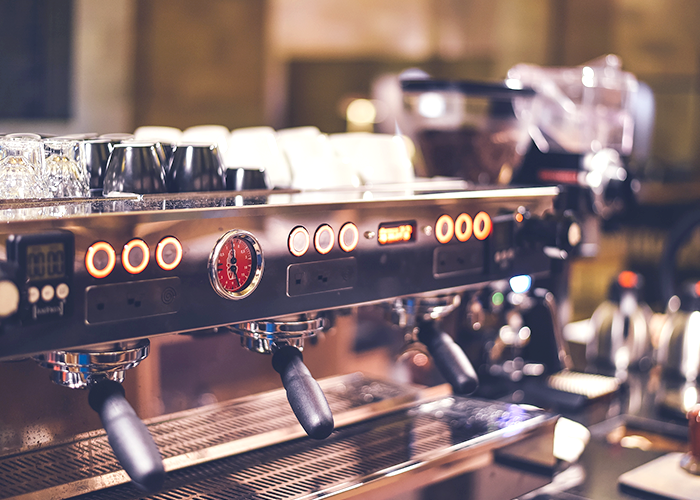 When I was 13 years old, I participated in a summer camp for theater kids. We were the serious type, planning our Broadway and Hollywood careers in between movement classes and monologue workshops. I think most of those kids are now lawyers, or they work for startups, or, like me, they work in the service industry, waiting for their big break.

I’ve switched my ambition from actor to writer these days, but the problems we talked about in the hallways of that little community theater still hold true. Most importantly: What’s your Plan B when you’re not supposed to have a Plan B?

Two moments from that long-ago theater camp resonate with me. The first is a piece of advice on a successful acting career. One teacher quoted Peter MacNicol, who said that the secret to his success was not having a Plan B. The second was a different teacher, who had the class stand in a line onstage, while he told us what he thought we’d be when we grew up. Two students were told they would be actors. The teacher pointed at me and said, “You’ll be a waitress.”

At the time, I tried to rationalize this, but in hindsight, it was one of the unintentionally cruel things adults say to children when they’re trying to be “real.” I remember many of us, myself included, worshipping this teacher for his brand of hardcore honesty (it made us feel like adults, and that much closer to the professional actors we wished to be). And as a thirteen-year-old who wanted to believe in the general kindness of others, I told myself that all actresses were waitresses at some point. Even Drew Barrymore had been a waitress, despite being famous as a child — maybe being deemed waitress material wasn’t so bad. It was practically the next-best thing to being told that I was destined to be an actress.

It took a few more years for me to realize that I didn’t want to be an actress after all, but the idea that I might be a forever waitress began to haunt me. In writing programs, the teachers are much more pragmatic about the need for a day job. It’s practically drilled into your head that your writing will probably not sustain you on its own, and the likelihood that you will be the next J.K. Rowling

is laughably slim. However, that early mindset of never having a Plan B as the key to success is firmly rooted enough that I still struggle with the sneaking suspicion that having my barista job at all means I’ve somehow given up before I have even started.

The fact of the matter is, I have to have a day job. I’m lucky that my partner is willing to help me out, and my parents also help when they can, but for the most part, I have to pay my bills. I’m paying off student loans, and I live in one of the most expensive rental markets in the U.S. Most of the time I don’t mind being a barista. Many of the regulars that come in are friendly, smart and interesting. But every once in a while, I encounter someone who thinks I’m dumb because I work at a coffee shop (I’m looking at you, Adam who spelled his name for me — Adam is literally the first name ever. I know how to spell Adam!). In those moments, I remind myself that a lot of successful authors I’ve admired have had a variety of weird, low-paying jobs. Elizabeth Gilbert has talked about waitressing up until she went on her book tour for Eat, Pray, Love

. In an interview with Luc Berthlette, she says “I […] advise against the goal of having your artistic work support your life, financially. Of course this is the dream of dreams — to make a living by your art — but it is a rare thing, when that works out.” She speaks to the need for writers to separate their work from their job. Their work being the writing, and their job being the thing that pays the bills. Gilbert goes on to say this:

Get a job on the side to pay the bills, and learn how to live an inexpensive, frugal life…Then devote yourself to your vocation…Make a promise that your life will always support your art. Get whatever job you need to get in order to pay the electric bill, but let your art rise and grow based on its own desire, its own momentum, its own urgency.

There’s something to be said for the writer who rises early in the morning to go to their job, and then stays up late into the night, typing away, nourishing themselves with their very important work of creating. Everyone needs to strike a balance between that which literally feeds us, and that which feeds our souls. Artists, creators, and writers just need to work a little bit harder to walk that line. Getting up an hour earlier, or staying in on a Friday night to write, is one of the sacrifices many writers have to make in service to their craft.

So next time your writer friend, or any artist friend, says they’re working on a piece, instead of rolling your eyes, or telling them to get a “real job,” ask to read their poem, short story, look at their art. Ask if you can come over and draw with them or write with them. When they share their work on social media, support them by clicking the link to their work, visit the literary magazine that has published them, leave comments, like things. It’s not quite the same as getting paid for your art, but it helps the artist feel as if they are less alone, and that their work, their very hard work, is not in vain. It let’s them know that you know that they are a writer first and a waitress second.

Allison Emily Lee is a writer and barista living in San Francisco. Her poems have appeared or are forthcoming from Bop Dead City, Severine, Lit.Cat, Bird’s Thumb and elsewhere. In 2016 she founded Daphne Magazine, an online magazine for new writers. You can visit her online here.