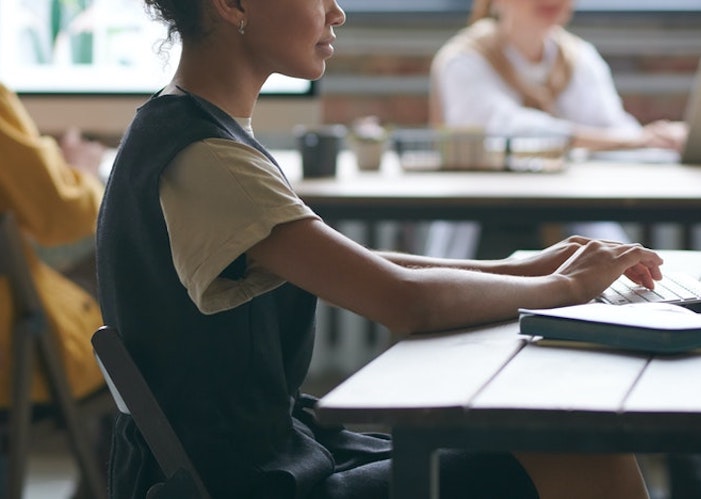 Over the past decade, I’ve worked for a number of employers that brought a certain degree of prestige to my after-work happy hours. I won’t name drop, but I’ve sat at the desks of popular online dating websites, luxury online retailers with millions of followers, Silicon Valley darlings, and digital media outlets known for their girl-power pieces.

I’m not here to humblebrag — I’m here to tell you that, at best, working for these corporations is far from what it’s cracked up to be. And at worst, the business practices at these places are often problematic and unethical.

It’s a brand of feminism that looks a whole lot like the patriarchy it claims to be fighting against.

Keep in mind, the following is my perspective and I can only write about my own personal experience. I also want to acknowledge that many women-focused companies are doing great things for their employees, thankfully. However, I also believe that before agreeing to their “next professional break,” more women need to be warned: The devil is in the details.

Many Millennial-targeted companies boast a brand of fair trade, social responsibility, and social consciousness. You’ve seen this in action: The GRL PWR illustrations of RBG and multi-tonal hands holding daisies. They celebrate International Women’s Day and have adopted “yas queen” into their everyday vernacular. They litter their latest product launches with “#girlboss” and #bossbabe” hashtags wherever possible.

But behind their ethos of “empowered women, empower women” is a typical corporate office parading as a polished workspace with Millennial pink walls. In addition to employees often being underpaid, overworked, and expected to grovel for the crumbs in the name of “do you know how many girls would kill to work here,” these brands rarely live out the values their social bios would have you believe. They hide behind the “#Girlboss” facade, claiming to tear down the boys’ club walls, but in reality, these companies just reinforce existing inequities.

Within company walls, there has been a lack of diversity among employees at most places I’ve worked. Except for one employer, I was always one of the only Black people in the office. Most notably, I once worked at a company with a mission of global equality that shared social media photos of their executives embracing Black and brown children, yet 90% of the office fit the same profile: small, blonde, and recently graduated from a private college. I was their first Black hire and the second woman of color. They’ve been open since the early 2010s.

When I proposed new talent programs to expand our network of candidates, the emails ran cold. When I sent a pool of candidates to the executives for specific roles, interestingly, all of the white candidates were advanced, despite the candidates of color having the same qualifications. When I pushed for an explanation, I was told the person in question was “too strategic.” In other cases, an existing leader was worried the Black candidate couldn’t speak to our consumer market, despite Black women spending nine times as much as their white counterparts in some consumer categories.

How can a company expect to reach a new audience, or better, learn and grow, if they keep networking within the same circles where nobody new can get inside? Despite some progressive movement as a country during this latest wave of feminism, we still accept corporate tokenism as the standard of representation. We applaud companies that post photos of “real” bodies and flock to the comment section to leave praise emoji hands and deem the post as “brave.” Yet they still categorize their clothing — and therefore their customers — by “plus-size” and “regular.” This is not diversity. And there’s no stepping back to think about how these moves contradict their ethos. This type of corporate feminism is merely a performance. And what’s worse, by tokenizing — and therefore exploiting — their Black and Brown workers, these companies insulate themselves from criticism. They don’t actually value Black and Brown workers aside from their role in making the company look diverse. It’s only about optics.

But sometimes you do get an OK from an executive. They approve your employee resource groups. They give you a budget for diversity and inclusion programming. You begin to think — yay, progress is being made!

This happened at one West Coast start-up I worked at, but the glimmers of hope were quickly squashed when it came time for an executive to send an email kicking off our Black History Month programming. All of the C-level execs hot-potatoed the task until, eventually, it passed to a mid-level contributor. In other words, it seemed like the execs didn’t want to actually endorse our efforts. This is what often happens in these situations. Our “allies” are afraid to address “sticky topics” because they don’t want to say the wrong thing, so instead, they say nothing at all and pass on the buck to someone else. In fact, I think it’s why some folks are still remaining quiet on social now – they would rather be silent than potentially be corrected.

This is a lesson in what it truly means to be inclusive: speaking up when you’re afraid of being corrected, listening when you think you already know, and truly valuing Black perspectives.

A group of us sat down with the executive team to explain why this was hurtful. New procedures and policies related to corporate communications have since been put in place.

Despite our efforts, these brands speak to a siloed echo chamber, typically empowering only the young, non-disabled, heterosexual, white female. Rarely do we see a brand, unless specifically promoted toward underrepresented groups, effectively promote intersectionality. Many of the highest-praised #GIRLBOSS brands have little interest in seeing trans women and men, those with disabilities, people living lesser means, and people of color occupy their space. This is white feminism in a nutshell: It’s not actually inclusive, intersectional, or diverse. It’s a brand of feminism that looks a whole lot like the patriarchy it claims to be fighting against.

Teen Vogue recently explored socialist feminism as the answer to corporate white feminism. Writer Sarah Leonard offered a recap of the most infamous #Girlboss brand of them all, Nasty Gal. “#GirlBoss was a book, a TV show, and a self-help brand built by the founder of retail company Nasty Gal. Nasty Gal was later accused in a lawsuit of ‘being a horrible place to work’ for pregnant employees, a claim the company called ‘defamatory’ and ‘frivolous’; the lawsuit was settled in arbitration.” She goes on to offer, “Socialist feminists reject the idea of “sisterhood” in favor of solidarity, believing that strong relationships among socialist feminists are not somehow natural, but built in pursuit of a better society.” (The piece is remarkable, and I recommend checking it out in its entirety.)

I understand we’ve all got to pay the bills. Most professionals likely possess some grievances with their employer and their business practices. But if you’re looking to escape the pitfalls of capitalism, don’t be naive to the hard truth that even the most #woke companies you favor are doing business in a country that rewards systematic oppression.  Moreover, this is a lesson in what it truly means to be inclusive: speaking up when you’re afraid of being corrected, listening when you think you already know, and truly valuing Black perspectives.