How Employers Take Advantage Of The “Entitled Millennial” Stereotype 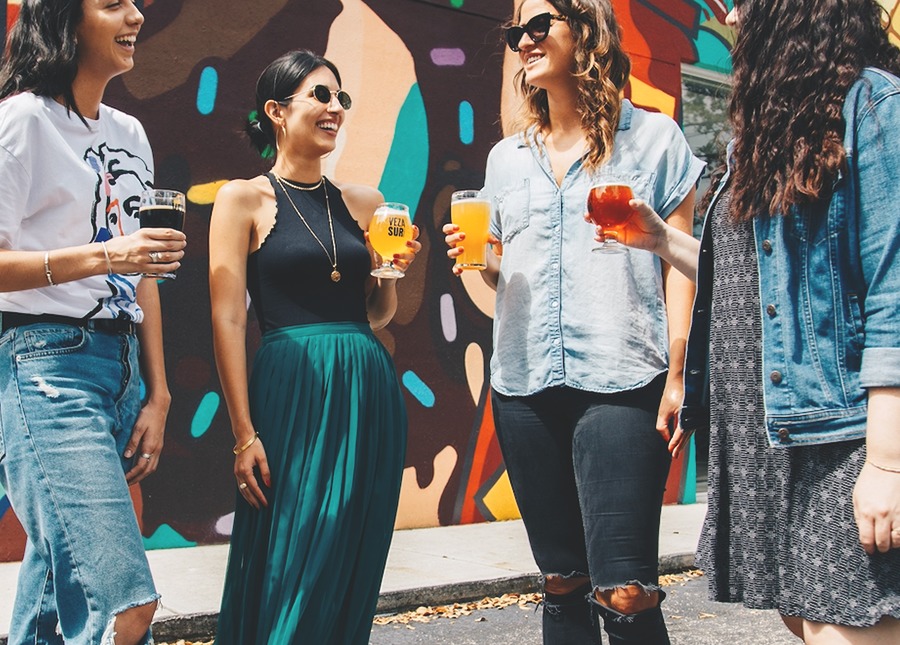 Earlier this year, my sister had an incredible opportunity fall into her lap. A textile design company offered her the dream job as an assistant creative designer, meaning she would get to help create beautiful fabric designs for home interiors and accompany her team on regular business trips to extravagant destinations. It was a position that was so perfect for her that it almost seemed too good to be true. She would be working in a field that complimented her background as an illustrator and surface designer, and she would finally get to be (in her words) “the jet-setting career woman and artist that I always pictured myself becoming.”

It was a whirlwind of an opportunity from the start. Initially, my sister’s textile design professor approached her and asked if she would be interested in coming on board as her assistant for the company where she had just recently been hired herself. My sister was undeniably elated at the proposition of working under a mentor she already knew and admired. She agreed to interview with the company’s owner a week later. She spent the days leading up to the interview researching the company, refining her portfolio, and preparing for difficult interview questions. When the day finally came, she was feeling confident, prepared, and eager to make her dream come to fruition. Unfortunately, the interview didn’t pan out quite as she expected.

Rather than a formal interview, the owner did 90% of the talking and only took a quick glance at her portfolio. It was more of an informational introduction to the company rather than an opportunity for him to gauge if she was right for the job. She figured that since her professor personally recommended her, the owner already decided to hire her before ever meeting her face to face. Throughout the “interview,” he made grandiose promises to my sister: traveling to trade shows around the world, working with prestigious clients, and heading her own department within six months to a year. Conversely, the position also came with a couple of caveats.

Red flag #1: At one point, the owner explicitly stated to my sister, “I’m going to pay you less than I know you’re worth because I want you to be hungry for a raise.” He was blunt in his in his intention to pay her the bare minimum with the justification that if she agreed to play the role of starving artist for a while, she’d be motivated to work harder, and only then would receive a fair wage. Only after she received her first paycheck did she find out the “negotiated salary” translated into her being a minimum wage hourly employee.

Red flag #2: The owner also emphasized his request for my both my sister and her mentor to give up all outside professional pursuits so he could ensure they were giving their full attention and dedication to the job. For my sister, this would mean giving up her freelance work, small business, figure modeling, and possibly even her certificate program where she met her mentor. My sister was not willing to forfeit any of her money earning side gigs and knew that in California, these non-compete terms are illegal. The owner fully intended to put these terms into her contract in the hopes that she was too naive to know her rights, but she would have pushed back if it became an issue.

Despite these two red flags, my sister decided she was ultimately okay with the downsides of the position given the potential for career growth. After all, the owner did mention she would move up quickly if she proved herself, and she knew that he could not legally hold her to the promise of giving up outside pursuits that in no way impacted her work with the company. At the end of the meeting, my sister was somewhat apprehensive after what the owner stated. However, not fully having time to process the extent of these caveats, she was thrilled to be offered the position and accepted the job. Within the next few days, she rearranged her life to fit her new career. She was ready to dedicate herself, even though it meant putting her other artistic and personal pursuits on the back burner. Everything was falling into place, and now she just needed to work out the employment details.

Normally, this would be plenty of time for the company to get an offer letter together, but almost two weeks had passed since her meeting with the owner, and she had yet to receive anything in writing. My sister proactively reached out to the company to discuss company benefits, a formal job description and offer letter, and employment contract, but this task proved to be a bit of a challenge.

Red flag #3: It turned out that the company was purposely withholding a contract while they “tried her out.” Supposedly, the company’s lawyer was working on drawing up the employment terms, but every time my sister would ask for them, she was consistently told she would receive something in one or two days. This back-and-forth cycle went on for weeks without her receiving anything in writing.

It was at this point that my sister began having serious reservations about this seemingly perfect opportunity. Ideally, the company would have initiated these details and finalized negotiations before she started, but she knew they were eager to get her onboard. The owner mentioned they had an upcoming trade show and told her, “I know we don’t have your contract ready but can you start ASAP anyways? We really need you.” This, in turn, made my sister feel like she would be letting them down if she did not start right away, and since the owner stressed the importance of her dedication, she wanted to show them she could be a team player. So, without a formal contract or clarification on employment details, she began her textile design position with lingering reservations.

After exactly three weeks of working there, during which she attended a four-day trade show on the opposite coast, the owner decided to let her go. Not even bothering to show up to the office himself, he had his Vice President explain his decision and do the actual firing. She relayed to my sister that the owner needed someone who was 110% dedicated to the position, and that the team was not sensing this level of devotion from her. Understandably, the shock left her in a spiral of disappointment, annoyance, anger, and self-doubt.

After digesting the news and reflecting on the entire situation, she ultimately realized the company was trying to exploit her, spinning the narrative to make her feel like she was the one falling short. The owner expected her to put outside pursuits aside and make the job her #1 life priority all whilst paying a severely modest compensation. Since my sister was persistent in requesting an employment contract, he sensed her reservations and realized he would not be able to take advantage of his new employee.

The owner unfairly attributed the “entitled millennial” trope to my sister without really giving her a fair chance to prove herself. Instead of recognizing she was trying to protect herself with a secure, legally binding document, he instead viewed her persistence as her questioning of the integrity of the position and, consequently, the company itself (and rightly so, as it turned out).

Of course, there are two sides to every story. We will never fully know the reasoning behind the owner’s sudden decision, but my sister now recognizes that she dodged a bullet. She knew her worth and knew she deserved protection in the form of a legal contract. While it ultimately cost her the not-so-dream job, she’d rather that be the case than work for a company that does not offer mutual respect.

Employment is a two-way street; although it can sometimes seem impossible to get a job in your desired field, employers are not entitled to the sun, moon, and stars for simply offering you a job. With the baby boomers starting to retire, employers are facing the probability of labor shortages in the near future, which means we millennials have the leverage to be employed by companies that recognize our value.

A lot of millennials fear to be stereotyped as the privileged, give-it-to-me-now generation, so we’ll compromise on things we rightfully deserve to avoid that portrayal, and employers know it. Consequently, some employers take advantage of this internalized insecurity and offer less, banking on the expectation that we will not stick up for ourselves (looking at you, unpaid internships). These days it seems that requests for basic employment rights seem to be commonly confused with being an “entitled millennial,” so it’s vital to always know your worth, ask for what you are owed, and get all negotiations settled in writing before day 1.

Kara is a working 20-something from Maryland who enjoys personal finance, free samples at H Mart, traveling anywhere and everywhere, and trying out new hobbies every six months or so. She’s constantly dreaming up new inventions and hopes to one day own her own business.