How I Asked For (& Received) A Raise Over Zoom 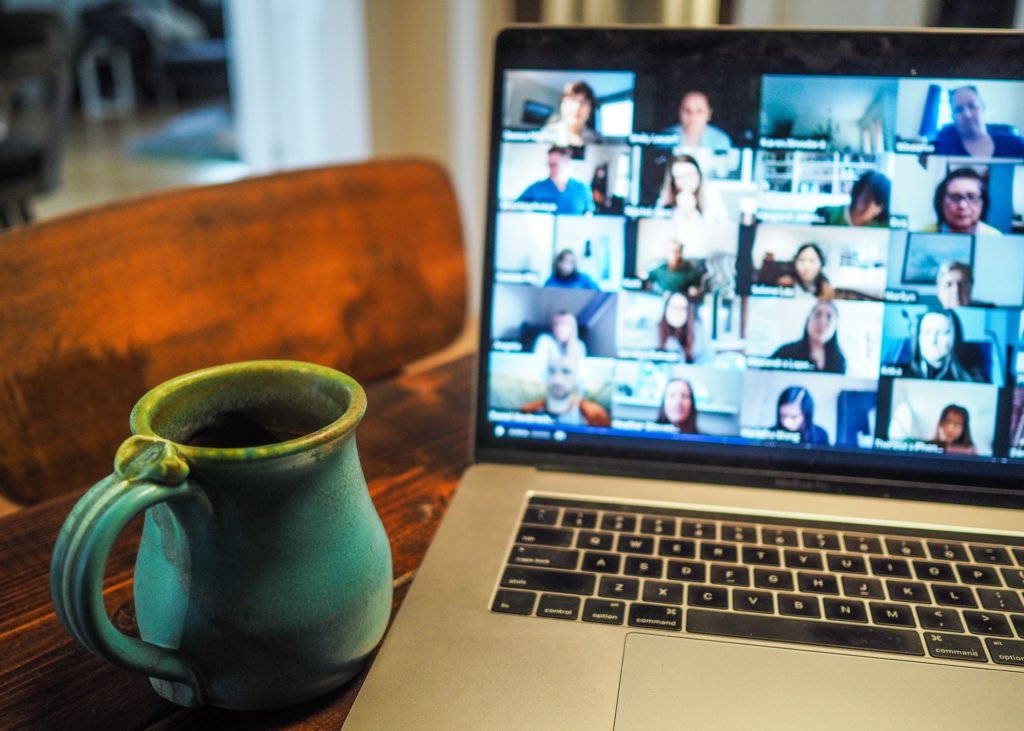 Asking for a raise can be daunting. You’ve booked a small office room, you’re sweating through your best blazer, and you’re staring directly in the eyes of your boss explaining why you deserve more. Asking for a raise over Zoom? Now there’s a situation most of us haven’t thought about before but is slowly becoming our new normal as more workplaces adopt a work-from-home future.

In early March, my company announced we’d be working from home for three months. Fast-forward those three months to me working from my couch, never wearing pants, and consistently forgetting to brush my teeth, and my company then announced we’d be work-from-home until the foreseeable future. Normal office life, as me and my colleagues knew it, will never return. With my one-year anniversary overlapping with our bi-annual performance reviews, mixed with the sudden overhaul of company culture, I wanted to ask for a raise higher than what I was expecting with my performance review. For the past year, I have been out-performing colleagues, going above and beyond, and setting expectations for what it meant to be in this role. Especially with the heightened job expectations that came as a result of COVID-19, I knew I was working harder than my salary.

When thinking about asking for a raise, I started by asking myself how I wanted to sound. If someone spoke to my boss after my pitch and asked how the meeting went, what adjectives would I want them to say about me? Confident, poised, calm, and collected were a few that came to mind. With those as my driving forces, I went to work on the layout of my proposal.

I started by reviewing the comets I received at my six-month performance review. What were they areas they told me to improve, and what steps did I take to make that happen? I pointed out specific examples to highlight my growth as a well-rounded employee who takes feedback and direction to heart. One of my biggest regrets in the past year was not negotiating my starting salary. I made note of this in my proposal, stating that I accepted the job offer as it was presented a year ago with no hesitation. But now I’ve proven to be an invaluable member of the team which meant I deserve a raise.

I elaborated on the new initiates I’ve implemented as well as my ability to hit and deliver more than our expected KPIs. When reviewing your recent performance, bring hard data to show how valuable you are as a member of the team. Additionally, I mentioned any praise I had received over the past six months from our CEO and CFO.

One thing my work offers as a big selling point for new hires are in-office benefits you often get from a startup: free snacks, free alcohol, catered lunch, ping pong tables, foosball, scooters, dogs, bean bag chairs, like-minded individuals who want to solve problems and have fun. Without an actual office space, the company culture of the office is no longer a benefit I was receiving, so I thought about those losses when it came to my compensation package. And it’s not just the fun vibes and free food, but the issues that come with working from home: my kitchen chair is killing my back, my apartment has no AC, my couch stinks from sitting on it so much, and I live alone and have no! human! contact!

I highlighted future responsibilities I’ll be taking on and how I’ll continue to use the skills I’ve shown over the past year to balance the high KPI expectations with the soft skill expectations of leadership and team-building. Don’t be afraid to mention the changing workforce, too. With remote work becoming the new normal, it’s easier to find new and exciting jobs without having to relocate. I let my company know that while my world is now my proverbial oyster, my preference is to grow at my current company, but I want to see that they are also dedicated to my growth.

I don’t know about you, but when I’m nervous, I speak too fast, my face turns red and blotchy, and I sweat. A lot. By asking for a raise over Zoom, I was able to be in the comfort of my own home which added a layer of casualness and security. In order to make sure I didn’t miss any of the points in my proposal, I did my video call on my laptop and had my pitch written on a Word document displayed directly behind my laptop on my monitor. Due to the graininess of video calls there’s no pressure to look my boss directly in the eyes while speaking because you can’t really make out the finer face details — especially if your video is pixelated or low quality. (Still look in the general direction of the camera though — I often get called out in meetings for looking out my patio door). The same poor video quality is what empowered me to know I was going to get red in the face, but it was okay, because who knows how visible that is over a screen! I also feel more presented standing up so I was able to say my speech from a make-shift standing desk which allowed the jitters to get out a bit more in my body rather than just my voice.

In addition to leaning into the video quality as a way to hide my nerves, I also utilized the fact that I was in my house to really set myself up to be as confident and calm as possible. Instead of being rushed in an office and nervous for the harsh lighting of a booked office room, I scheduled time in my calendar before the pitch to walk around my apartment, make my favorite quarantine snack (toast with butter, mayo, cucumber, and Everything but the Bagel seasoning) and a chamomile tea. I dressed professionally on the top, but wore my comfiest slippers and my favorite pants that have been with me through it all — late night study sessions, sleepovers with friends, an exam written in the dead of winter. There’s the old saying, “If you look good, you feel good.” While my tattered sweats may not look the best, I take this to mean “If you feel comfortable, you are comfortable.”

I normally work from my kitchen table where the lighting is a bit dark for my general meetings. I set up my laptop in a new area of the house that both allowed me to stand, but allowed the most natural light to come in. I ensured my background wasn’t too busy to distract from the message. Usually when I’m in work meetings, I’ll be casually checking my phone or incoming Slack messages, but closed all unnecessary tabs and put my cell phone in the other room when hopping into the call.

If you were having this meeting in-office, you might grab coffee with a colleague you considered your office BFF right before in order to get you hyped up. If you need that energy or encouragement, also look to plan a video call with that support person on your team sometime before your pitch in order to get that confident and encouraging word before diving in.

The worst thing your employer can say if you ask for a raise is no. If they tell you no then, hey, at least you got to ask for a raise in an environment less scary than an AC-blasted boardroom? I believe, though, that if you work for a company that values you, they will more often than not try to give you what you are asking for, or at least come to a compromise. Especially in this time, companies are trying to build stronger teams and strong teams come from happy workers.

After all my nerves and build-up to my request, I was able to highlight my value and have management agree and reward me with the raise I requested. If you’re in a similar situation and think it may be too forward or too daunting to ask for a raise, just remember that the worst thing your employer can say is no. If they tell you no then, hey, at least you got to ask for a raise in an environment less scary than an AC-blasted boardroom? I believe, though, that if you work for a company that values you, they will more often than not try to give you what you are asking for, or at least come to a compromise. Especially in this time, companies are trying to build stronger teams and strong teams come from happy workers.