How I Got Over My Fear Of Talking About Money 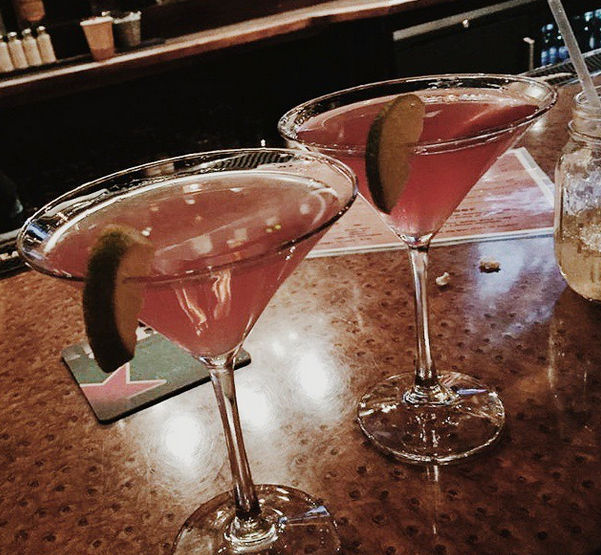 Like many of us, I was raised to view talking about money as an inherently negative thing, taught that it was more dangerous than religion or politics, and more vulgar than sex. It was just something you were supposed to keep to yourself, so your situation would remain a mystery and not out you as falling too far to one side or the other of a bell curve. “You should be careful when it comes to talking about  money,” my (wealthy) uncle once told me on a car ride, “You never know whose feelings could get hurt.” His advice felt deeply serious and important to pre-teen me, and I was determined to one day live a life that felt so adult and business-like, just like him. He knew about money, and his biggest advice was to not discuss it.

It wasn’t until years later — last year, in fact — that I first began to consider how following this advice had hurt me all my life. In my silence, I had grown fearful of money, and had been profoundly afraid of asking the necessary questions to progress financially. Even my boyfriend, with whom I share everything and have been with for years, didn’t know the full extent of my money life until relatively recently. It was a mix of shame (over things like ruining my credit) and pride about not wanting to look stupid, and it cost me dearly. Last summer, I found myself savings-less and a few thousand dollars in debt, with poor credit and nothing to show for things like my book deal or my many freelance projects. I knew that avoiding the subject of money would no longer be an option.

And I realized, once I decided that talking about money would be a central part of my life, that the hesitation really stemmed from two things: Not wanting to seem poor, and not wanting to seem rich. We all know, on some level, that we are surrounded by people in life who may be earning vastly more or less than we do, who may have a portfolio of investments and properties, who may confront financial life decisions with seriousness and savvy. And we also know that there are people who are struggling, who would perhaps feel very differently about us if they knew how good we had it. This divide — and the obscurity we put around it — runs profoundly through friendships, and keeps people from saying things as simple as “could we find a cheap place for dinner tonight?” or “let me take care of this.” The old wisdom to not talk about money really means “don’t out yourself about money, because you don’t know what judgments are waiting for you.”

But keeping silent has disastrous effects, everywhere from overspending on evenings out we cannot afford, to staying at a job that is criminally under-compensating us. I look back on some of the situations I stayed in and choices I made and I cringe, because I know that a few simple questions could have illuminated my issues and helped me make better decisions. So since that point, I have become decidedly open about money with my extended social and professional circle, and am now the person who gets these conversations going everywhere from brunch to a night out dancing. It’s not that I want to know all the sordid details of my friends’ history with money, it’s just that, after so many years of being in the dark, it’s so damn fascinating to talk about. I want to hear about how they’re paying for loans, finding new and better jobs, negotiating for raises, using helpful apps, trying new savings strategies, buying property, and so on and so forth. It feels empowering and frankly fun, and makes the whole adulthood thing — around which I used to put scare quotes — feel much more manageable. I feel, when I’m thoughtfully talking about money, like the adult I’d always been afraid of becoming.

The trick to getting good at talking about money, to me, is twofold: First, be open and honest about yourself as much as possible, and second, start with common ground. Once I decided that I was going to be open about my financial life, everything became much easier and everyone was much more keen to volunteer their own information. (I think that people find it cathartic in a world that otherwise discourages financial real talk, and I know I do.) My admission of terrible credit or defaulted old loans or little savings became an honest talk about their own struggles and mistakes, and how they are improving their situation. I’ve even been able to help (and be helped) when it comes to how much you should expect to be paid in everything from a salaried job to a one-off gig. Simply by talking openly with people in my own industry about money, I’ve seen my own income increase significantly. I am no longer afraid to ask for things, or to stand up for what I know is fair.

And finding common ground is easy, when you realize just how much of our money problems are tied up in our social lives. A simple, “Do you guys ever think about how much we spend on drinks every month” can be the beginning of a fruitful and open conversation, not to mention a lifestyle change. Because my friends know that I am more conservative about my budget now, it’s not at all strange for me to propose a long walk instead of a bar trip, or a dinner party instead of a big restaurant meal. It hasn’t totally changed the way I live, but being honest with everyone helps keep you accountable and smart. I no longer feel like I’m being the “cheap friend” if I say no to something, because we’re all in the conversation together.

I cannot stress enough how dramatically my life has improved since I have begun talking about money. And while, yes, bragging about money — or using it to make someone feel inadequate — is never okay, talking about it should be the norm. Your social circle should be a source of support and feedback, not a group you fear being honest with. Trust me, once you get the conversation going, it feels as natural as if you’d spent your whole life talking about it. And you’ll wonder why it ever scared you to be honest about your finances.