How I Learned To Budget Properly Despite My Parents’ Money Advice 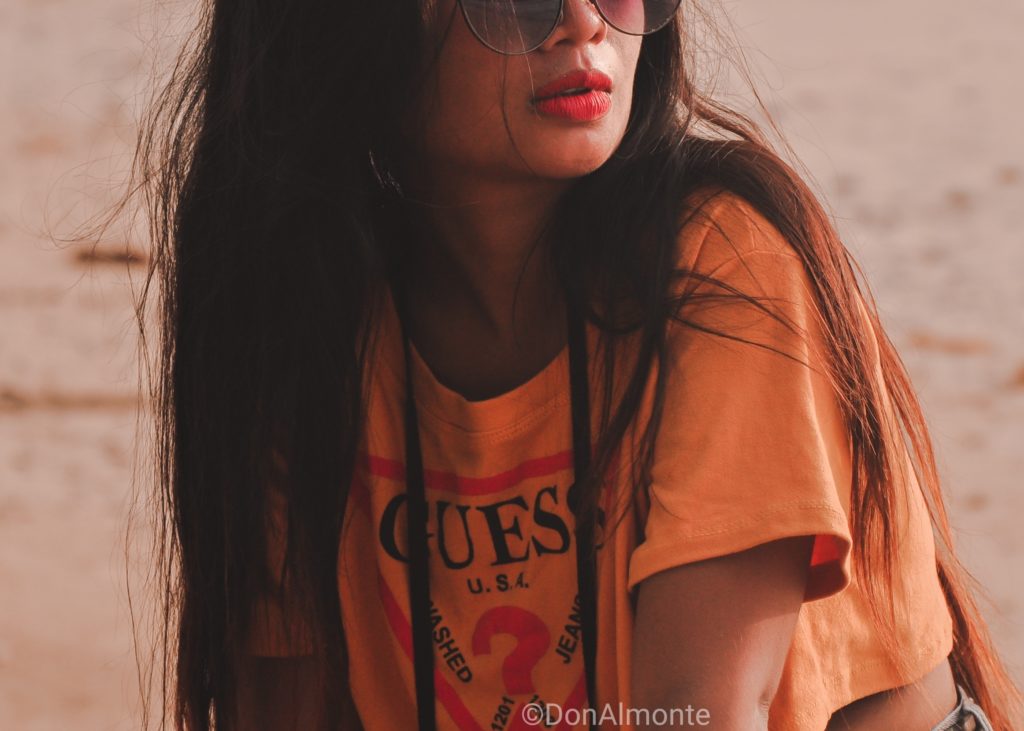 As Chelsea has proven to us time and time again, people who aren’t good with money often aren’t good with it because they’re not used to talking about it. When I first heard her opinion, I thought, True, but then why am I so bad with money? To which I discovered my truth: just because money is being talked about doesn’t mean it’s being talked about correctly. How do I mean? Well, I built a nonsensical, anxiety-ridden relationship with money, which bordered on self-destructive, despite the fact my daughter-to-immigrants mother and financial advisor father only ever talked about one thing — money.

My mom was born to my Nonna and Nonno in 1958, several years after they immigrated to Toronto. Times were (understandably) a lot different. Apartment rent was $20 a month, if you didn’t show up to work you weren’t paid, and there was no “charge it to credit,” because credit was not as accessible as it is today. This meant that they broke their backs and instilled into their daughter work and work hard because no one else has your back if you fall.

I would not be here if it wasn’t for my Nonni. I owe them my everything, especially my mother. Their work ethic, though, isn’t totally transferrable as the years go on, due to access to credit and inflation rates. So, what was instilled into me? I was told put away 50% of my paycheck into my savings account. What’s wrong about this? That’s not totally feasible. In fact, for most people, it’s likely very impossible.

Let me set the record straight: my parents did what they thought was right, and they weren’t totally wrong. But I always felt a surge of guilt when I couldn’t put away the 50% that I was instructed to set aside. However, I didn’t break it down logically, and I’m not entirely sure my parents did, either. With rent costing me nearly 40% of my take-home pay of a $24,000 CAD ($17,870 USD) salary, putting away 50% of my yearly income was nearly impossible. How was I expected to live on only 10% total a year? Because it seemed like no one before me spent a dime on themselves, and I should do no different. Mistakes happen, light bulbs burn out, jeans rip and sock get holes in them. Unforeseen purchases mixed with the inability to steadily put away 50% of my paycheck each month escalated into an unhealthy amount of guilt. Let’s get into the specifics.

First, I want to address my leg up in life. My dad’s financial advisory came in handy and never made me feel guilty. When I was in high school, I worked a full-time job, and because I wasn’t paying rent, I had the opportunity to save more than 50%. When I reached $2,000 in my bank account, my dad made me give it to him to put into a two-year Guaranteed Investment Certificate (GIC) (a Canadian investment). He did this purposefully. In two years, I had projected that I would be moving into an apartment. The GIC would have matured by then and it could act as first and last’s rent. Thanks to him, I didn’t have to worry about where the money for moving would come from. Also, when I turned 19, he made me set up my Registered Retirement Savings Plan (RRSP) (another Canadian vehicle) and deducted $50 from my bank account each month, no objections allowed. Thanks to him, I started investing very early on.

It was nearly impossible to live on 10% of my gross annual income. So, I shouldn’t have felt like my necessary purchases reflected on me as a bad saver. However, because I wasn’t tracking my spending, I began “treating myself” in a self-destructive manner. When I first moved out on my own, I would take approximately 90% percent of my paycheck and put it into my savings account. My saving anxiety increased, and I tried to compensate by attempting to live off of next to nothing. I started to build a very negative relationship with money. I would look at my $900 pay period and say “that’s not enough” when, in fact, it was plenty. I began to slowly use up my entire paycheck by e-transferring the specific dollar amount into my checking account for each purchase. Of course, by the time my next pay period had rolled around, I’d have spent nearly all of my previous paycheck. Thus, no progress in my savings account was made.  What I wish I was told was it’s ok if you can’t put away 50% of your paycheck, as long as you’re putting away some of your income and not touching it every month.

3. Just because you have money in your checking account does not mean you’re going to spend it.

At least for me, anyway. Having no money in my checking account and a surplus in my savings made me feel like I needed to treat myself, or I would die (kidding, but not really). Now that I have learned how to properly save, having surplus money in my checking account makes me feel as though I could spend it if I wanted, but I don’t necessarily have to. This makes me feel powerful, although I recognize that it may be backwards to a lot of people. Further, having that cushion in my checking account allows for that automatic withdrawal I accidentally forget about sometimes, without my bank account going into the negatives. For example, my former gym membership (which I have now canceled) and my Tax-Free Savings Account (TFSA) automatic withdrawal.

For me, the only instance where it makes sense to have multiple savings accounts is if I had a goal for each one. I didn’t — I just thought that multiple savings accounts meant that I was good with money. I didn’t budget for allocating money into each one, either. So, of course, my destructive behavior got the better of me, and I felt bad when I saw small quantities in several different accounts. Although, one of these savings accounts did kick my butt into gear, and that’s when I came to realize how to save properly.

One of the several savings accounts that I opened was a high-interest savings account that would give me a 1.6% percent interest, as long as I deposited $200 into it every month. After three months, I noticed that I had $600 and some cents. In three months? I thought, as I looked at my main savings account, which hadn’t increased in a year. That’s when I realized that consistency is key. I don’t understand why it was such a difficult concept for me to grasp. But, then again, no one had ever mentioned consistency. When you’re a sever, your paychecks differ, so 50% one month can be 50% from another. However, when you pick an even number (for example $200), it’s the same amount every time. I determined that choosing a flat number is an acceptable way for me to save, and perhaps the only way I truly will.

6. Lastly, you can’t save what you aren’t earning.

I realized that through all my destructive behavior, I was trying to accomplish a lot of things. Firstly, I was trying to live an impossible lifestyle of spending none of my earnings and still living my life. Secondly, I was expecting to save money that I wasn’t making. I felt like my parents expected this of me, but I’ve realized, now that I have opened up my wounds to them, they didn’t. Nor did they realize how much their rules had backfired on me. Life these days is different, and just because you’re saving differently doesn’t mean you’re not accomplishing a lot. They did a fantastic job at the ensuring my future savings and the investing was taken care of and for that, I am unbelievably thankful. Remember, if you’re only earning $24,000 a year, don’t expect to have saved $24,000 at the end of it.