The Hidden Benefits Of Losing Your Job 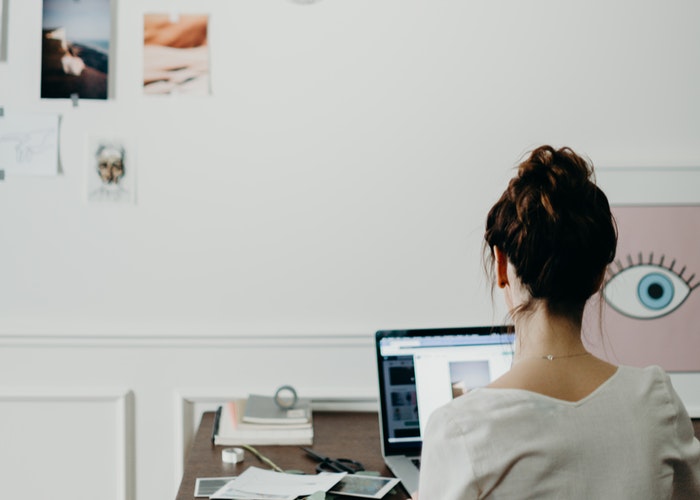 “Hey, Samantha, do you have a moment to chat?”

“Of course,” I emailed back within seconds. I wondered what the president of my new company wanted to discuss. My phone quickly lit up.

“Hello,” I said, after answering.

“Hi, Samantha, it’s Robert. So, I’m just going to cut right to the chase. Last night, the investors pulled funding from our budget and have decided to push the company in a different direction. We now have to let several people go, and unfortunately, you are one of them.” He paused for a few seconds, probably hoping I would give him some sort of response, but I did not say a word. “I know you just started working here the other day, and we tried to tell them that, but they had already made up their minds.”

“Okay,” I responded. My mind was racing in a thousand different directions. I mean, these people literally just hired me. Budget changing and layoff scheming does not happen overnight. Did they know when they offered me the position that this was coming?

He continued, “Again, we’re so sorry this had to happen. We wish you the best of luck.”

“Okay,” I said before hanging up, unable to get out any other words. But what else was I going to say? I wasn’t going to tell him it was okay. It was not okay. I wasn’t going to tell him thanks. I was not thankful for anything they had done. I would have said go fuck yourself, but this was the president of a start-up company that just had to lay off 80 percent of its employees. He had already fucked himself.

After I hung up the phone, I sat there, blankly staring at my computer screen for a few seconds before I burst into tears.

It was official. My big, exceptional break was a total bust.

Getting offered a dream job is, well, a dream. You work your ass off for however long it takes to get there, often wondering if you’ll ever get there or if you’re too average to make it big. But then a break comes in the form of a job offer, and it all becomes worth it. Finally, you feel validated. You really are exceptional! Not average at all.

The financial (and emotional) toll of losing a job

This was my first time being laid off. Getting laid off is like being dumped out of nowhere by someone who had literally bankrolled your entire lifestyle and given you access to affordable and decent health insurance. You lose the thing you spent the most time with (isn’t it sad that we spend the most waking hours each week at work?), and you don’t understand why. You’re forced to start anew, but I had personally just started anew. I did not want to have to start anew again.

As one could imagine, financially speaking, I was fucked. But not because I was a reckless money-spending machine. Pretty much anyone who gets laid off is financially fucked. If you have savings, you immediately lose that safety nest egg to important life expenses like rent, mortgages, and debt payments. And if you don’t have savings, you better hope you get a severance package, because unemployment benefits don’t go very far.

Sure, I was going to have a hard time finding an exceptional job, but what if I took the next four months to find my own exceptional way of working for myself? I could carefully budget the money I had, figure out all the ways to cut costs, and write. Writing about things I wanted to write about full time for money was my dream, after all, and I figured I was exceptional enough to achieve it. I had read so many success stories about people starting businesses and launching new careers after being laid off. I had thought my former new job was the big break, but maybe, just maybe, being laid off was the real ticket to success.

I called my mom to tell her my idea. And also that I had been laid off.

Her response: “Samantha, you can’t do that. What about health insurance? You need a job.”

However, in the meantime, I could try to write on the side while job searching. Part of me knew nothing could realistically come of this, at least not at that point in my life, but part of me was also still hopeful—or more like delusional—that I was exceptional and could somehow become an overnight sensation making millions of dollars all on my own. You never know.

Did you get laid off because you weren’t good enough? Because if you were really exceptional, wouldn’t you have found a new job by now? Wouldn’t someone want you? Are you just not cut out for this world? Should you switch career paths? Should you go back to school for something else?

Negative thoughts like these led to some dark days. I would partially wake up when Dan got out of bed for work at 6 a.m. Before he walked out the door, he would come over to the bed, shake me, and say, “Time to wake up,” just like when I was a kid and my mom struggled to get me out of bed for school.

The case for being average

It was the struggle of trying to explain my situation to others and realizing a good chunk of the people I interacted with didn’t seem to worry about money and/or had never been in a situation where they had to look and interview for jobs before.

It was feeling misunderstood, unappreciated, embarrassed, and average.

But what was so wrong with being average? Sure, I had big dreams for myself, and sure, I wasn’t close to those big dreams at that very moment, but so what? If I were to achieve my dreams so young, what would I have to work for?

The great thing about being average is that you always have something to work toward and look forward to. You’re right in the happy medium of life. Financially, you might not be doing amazing, but you have a roof over your head and organic fruits and veggies on the table. You’re doing good enough. You might not have the dream job you desire, but you’re putting yourself out there and working toward the next step. You’re not a deadbeat. So what if success doesn’t come overnight—and so what if massive success never comes at all? You’re doing fine. You’re happy. Since when did that become a crime?

Embracing being unexceptional helped me understand that I can’t always get what I want, but damn, I can try. And then I can try again. And again. And again. And I can keep trying until I get (and maybe even truly figure out) exactly what I want. If someone doesn’t want me, that’s okay. I deserve someone who does. If something doesn’t work out, that’s fine too. What’s meant to actually work out will be better and will lead to greater things.

After accepting this, I started waking up every morning with Dan, even though I had no job to go to. I cleaned our apartment, wrote, cooked, worked out, and, of course, applied to (and sometimes interviewed for) jobs. Every time a rejection came my way, I used it to fuel my job search.

Not long after, I was finally offered a new full-time gig. I felt wanted again. I felt passionate about something. I felt ambitious. I felt happy. Sure, I still felt average, with a mediocre salary and okay title, but all this meant was that I had places to go in this job and out in the world. What mattered most was that I had a job. I was going to be paid to do something I was skilled at again. I realize that sounds as basic as ever, but when it comes down to it, this alone is truly good enough. Not everyone is so lucky.

Excerpted from Average is the New Awesome: A Manifesto for the Rest of Us by Samantha Matt. Copyright © 2020. Available from Seal Press, an imprint of Hachette Book Group, Inc.