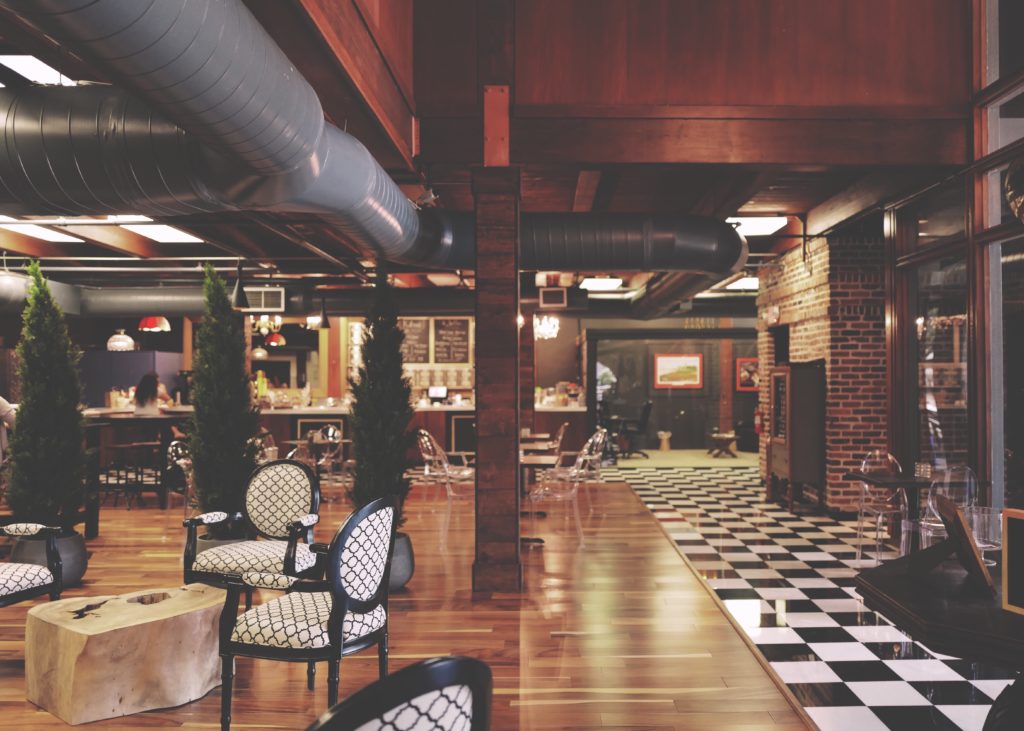 As a child, my school day routine involved being pulled out of bed at 5 AM and driven to the Marriot hotel in Northampton, England. I was carried into the office, a hotel breakfast was put in front of me, and I’d gain consciousness and peel the wax off my Babybell cheese. While I was coloring, playing with toys and losing the occasional baby tooth, my mother was upstairs serving breakfast and cleaning hotel rooms. She tells me that working at the Marriot was one of the best life experiences she ever had; the training was excellent, and it taught her how to have poise, professional confidence, and to make split-second decisions using your own initiative.

Large companies, as much as we complain about them, often have the best training — an almost parent-like nurturing environment. I can honestly say that as a very young single mother-only child unit, we both benefitted from that enormously. We were vulnerable and at the bottom of the capitalist food chain, but we were both well-dressed students living in a clean house with nice food and a good standard of living. Most importantly, we both had excellent manners, politeness and clean clothes were our armor and our currency. We may have lived on a £25 food budget, but we had intelligence and cultural capital.

My income has shrunk and swelled incrementally through career changes, and I have at times felt ashamed about my life not quite looking the way I feel it should by a certain age. My protection hasn’t changed much since I was five years old. I still wear the same armor of nice clothes and nice manners; I’m respectful and demure. I once heard a Japanese friend talking about how manners in Japan and England are very similar because we are both from islands and always in close quarters with other people. When you live in a small, crowded country, it is at times impossible to make a distinction between your own feelings and the responses you get from the people around you.

Comparing yourself to others is an inevitable thing we all do as humans, I sometimes suffer from terrible paranoia about what others think of me. I assume everyone thinks the worst and it makes me want to detach and withdraw and put my guard up as high as it will possibly go. I have been thinking about the very crucial difference between presenting yourself in a dignified way and simply showing off and presenting an image that is meant to intimidate others and keep them at a reasonable distance.

I am trying to be more vulnerable with people I am close to, instead of pretending that everything is okay and that I am okay when I feel as though I need help or comfort or advice. I get nervous sharing failures or my most fearful vulnerable thoughts with people, even though this is the very definition of intimacy. It separates your true friends from casual acquaintances whose approval you crave because it feels less painful than being judged or vilified for failing or showing an unattractive personal quality.

Showing off, on the other hand, is glazing over a vulnerable spot inside yourself, the desire to be loved, craving adoration or approval or the assurance that you are strong and successful. Hiding how you truly feel with hollow bragging, exaggerating or displaying material things with the intention of driving a wedge between you and a potential human connection with someone else who is probably struggling, feeling lonely and putting on a brave face. Showing off is an attempt at protecting yourself from pain, but only further isolates you from the human experience of bonding and comforting one another.

I spoke to my therapist about this problem I have, and in response, she sent me an odd homework assignment. The next time I was really in trouble and needed help, instead of pretending I was fine, I had to be honest about my problem and ask for help. It was my personal idea of hell and obviously something my proud, isolated self needed to work on.

The situation arose when I landed in London after a very delayed flight. I was supposed to take a train from Euston station back to my hometown, but it was 2 in the morning, and the train station was completely closed. After dithering around on the cold streets of London, I walked into a Premier Inn and asked if they had any empty hotel rooms. The man at reception told me the only room they had available was £200 and it probably wasn’t worth the money if I wasn’t going to spend a full night there. My pride wanted me to turn away and walk out, or worse, whip out my credit card and pay for the room. But instead, I told him I didn’t want to go back outside because it was cold and dark and I was worried something might happen to me.

I felt so vulnerable at that moment and a little embarrassed asking him for help, but to my surprise, he helped me. He told me that they had a room in the hotel with a TV, and he suggested I hide away in there and have a sleep on one of the sofas. I thanked him, made my bag into a pillow and slept under my ski coat in the quiet, warm little room, so happy to not be walking around outside in the cold. I quickly fell asleep, and five hours later, I woke up to the morning news on the tv and a latte and chocolate pastry he had left for me for breakfast.

I felt in that moment I had finally reset an old habit: I could have whipped out my credit card, spent an obscene amount of money so as not to appear desperate to someone I would probably never see again. I help other people all of the time and yet accepting help feels so unnatural to me, I need to work on that and reach out to people when I am in need of support. I felt in this moment that I learned the difference between dignity and showing off, dignity isn’t something you create yourself in your own isolation, hiding from the perceived threat of judgment from other people. Dignity is a standard we as a community should hold each other to; that when we are failing or lost or in need of help, we are not left in a state of indignity.

Something I want to work on with the people I feel closest to is how to connect with one another over our individual fears and vulnerabilities, and learning what the people I love need in order to feel dignified. Not putting on an air of affluence to hide from the scornful comments of acquaintances, but feeling connected to the people I love in our own personal, isolated forms of suffering. That, and the thank you note I sent in the post to Randal, who kept me warm and safe before finishing his shift at the Premier Inn to walk his two daughters to school.