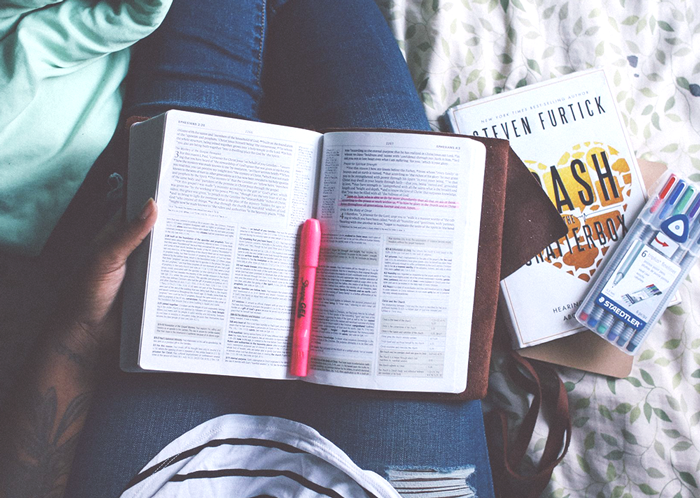 When my wife and I got engaged, we had accumulated $21,500 in subsidized and unsubsidized Stafford loans. We both dropped out of college, but we still had to deal with the debt we’d incurred. I got married at 19, and when we got engaged, we did not have a lot of money. Four months before our wedding date, I knew I had to buckle down because I didn’t want $21,500 of student loans hanging over our heads. I was scared the pressure of student debt and not being financially stable would cause problems in our marriage, and I wanted to work hard to ease that burden as much as possible. Though our cumulative debt was less than the average student has to pay off, I was concerned about going into our marriage with this financial strain. This concern drove me to pay off all of our student loans in just over four months — which was exactly one week after our wedding.

I will never forget the day we made that last payment and the joy I felt (it was almost as much joy as I felt at my wedding). We made the student loan payments the day we got back from our honeymoon, which was exactly one week long.

Here are the four strategies I used when trying to aggressively pay down debt in just over four months. When combined, these strategies worked very well, but I would definitely be careful with how much you take on. I was working close to 70 hours each week, and it definitely took a toll on me.


1. I increased my income by proving I deserved a raise.
Before my wife and I got married, I was going to school and had a part-time job as a day laborer for a construction company. In the winters, I would work shoveling snow, and in the summers, I would carry various tools and supplies like shingles, drywall, and plywood. The five months before my wife and I got married, I was fortunate enough to be able to turn my part-time gig into a full-time job and get a raise. Being able to go to full-time was lucky, because they needed more workers, and had plenty of work. But I went about asking for a raise very strategically.

In the 30 days before asking for a raise, I hustled like I never had before. I pulled my weight and then some, and made myself look extremely valuable to the company. I jumped at any opportunity to work late, work hard, and take on new projects. I began working on bigger construction projects, rather than just hauling supplies. My goal was to show my boss how essential I was to the team.

I would go home every night and apply for new jobs. I would apply to other day laborer jobs or factory jobs that offered the same or more pay. I did not want to leave my employer, but I needed negotiating power. I interviewed at a of couple places, and was extended an offer at a manufacturing plant that would increase my hourly wage by 20%. That gave me some bargaining chips, because I knew I was going to get a 20% raise somewhere.

I sat down with my employer, discussed performance and asked for a raise. He told me that the company could not afford to give me a raise at the moment. So, I told him as respectfully as possible that I had another opportunity that he would need to beat for me to stay. I ended up getting a 30% raise. Between becoming full-time and getting a raise, I was able to bring in an additional $1,500 monthly.

2. I started my own business/side hustle.
I have always had an interest in owning my own business. I spent some time as a janitor and cleaner when I was younger, so I thought I would start a cleaning company. With a low cost to start, I was up and running within a week. Since I started my cleaning company while still in college, I figured I would market to college students. This was hard, because they did not always like to pay on time, but I managed. I marketed to fraternity and sorority houses and specialized in “after party clean up”. I spent most of my Saturdays and Sundays cleaning houses, but it turned out to be pretty lucrative business idea. I was able to generate an extra $500 per month before my wedding. I ended up making $8,000 more than I was making before starting the business.

3. I made sure to not overspend, even though I was making a lot more.
All of the extra money I generated would have been useless if we spent it all. We kept our expenses to a minimum. My wife and I lived with our parents until after our wedding. We slashed and questioned all of our expenses. Spending less money was not too hard because I was working 70+ hours per week, so I did not really have time to go out and spend money.

4. We kept our wedding as simple, and inexpensive, as possible.
From what I’ve learned, the average cost of a wedding is about $30K. Most people say they would never spend that, but there are so many other people whose input matters, that I know a few people who have gone far over budget because they are paying for their wants, and the wants of their entire family. My wife and I got lucky by having a large network and a large family. Though that meant we had to accommodate a large number of people, it also meant that we had people who were happy to do us favors. We were able to get the church, the venue, and catering all for free. The only expenses we had were the clothes, and the rings. The total cost of our wedding was $3,645 and there were 212 people there, who gave us a total of $14,000 in wedding gifts.

Defeating a mountain of student loan debt can feel impossible. But this experience taught me that it is possible to pay it all off quickly with hard work and sacrifice. I know that, for some of us, we get in our own ways. We are unwilling to delay or cut back on other expenses, are too hesitant to negotiate a raise, and can’t find the time to start a side business. I learned that to pay off debt aggressively, you have to tune all of those hesitations out. You will impress yourself with the amount you are able to accomplish.