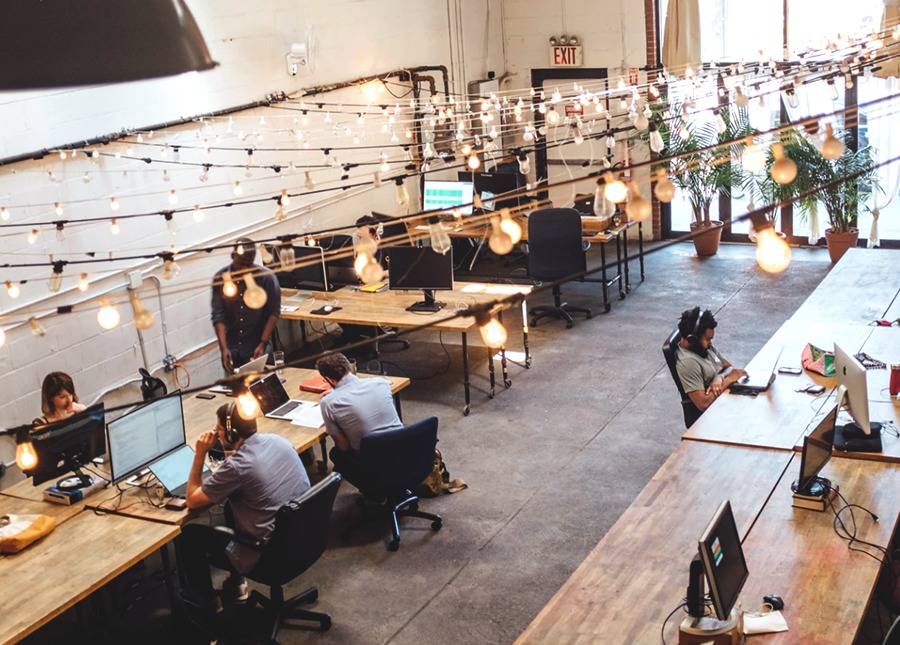 I rolled off of my bed and headed down to the kitchen. For six months, I had been living with my parents after graduating from college in 2011. The job market was tough back then, and I landed on a butt-busting internship with an advertising agency making just $10 per hour. Naturally, that kind of paycheck could not afford me the Sex and the City lifestyle that I was after. Most days, I was huffing across Broadway Street in my Nine West heels grabbing Chipotle burritos for a meeting that I wasn’t even a part of.

My mom handed over my mail. “Department of Education” was stamped on the upper left-hand corner of a corporate envelope. I ripped it open and my eyes immediately went to the bottom of the bill statement.

What the hell? I thought. There’s no way I owed that much for one month. But there it was. I logged onto my online repayment portal and took a look at just how much I owed. Between my federal loans, Sallie Mae, and loans from my university’s foundation, I owed $35,000. It was the cold hard truth and it hurt to swallow. How the hell was I going to pay my monthly student loan payment, move out of my parents’ house, and grab cosmo’s with Charlotte, Samantha, and Miranda? I felt cheated. I felt like my university and the government gave me false hope. “You’ll get an amazing job!” They said. “You’ll pay back those loans so fast!” They said. I let out a quick breath.

I started to get pissed at the situation that I’d put myself in. I believed that taking out all those student loans were somehow good for me. But it only put me in a corner as soon as I graduated. With the federal government breathing fire on my bank account, I knew I had to change something in the way I was handling money.

You see, I always had a sense that I was meant to do something big in my life — sitting in my parents’ house at 23 years old, making minimum payments to debt, and letting life happen to me wasn’t for me. Screw that. Life doesn’t happen to me. I happen to life, dammit!

I started to read everything there was on personal finance, specifically about how to get out of debt. The more I read about how average Americans were paying off debt, the more motivated I became. I went to bed and promised myself that I would pay off all of my debt in five years. Over the next few months, I made paying off debt my sole financial focus. After two years and five months (who’s counting, right?), I paid off all of my student loans. I completely crushed my original five-year goal. Here’s how I did it.

I knew I wanted to live in an urban environment, but there’s no way I could afford a fancy suite in New York like Charlotte. Instead, I opted to live with a roommate in my town in an old high-rise just five minutes from downtown and within walking distance to a local bar that served $3 cocktails during happy hour. By choosing to live with a roommate, I saved more than $450 per month in living expenses, but I still got my Sex and the City experience by living within a few blocks from a smattering of bars, retail stores, and coffee shops.

Focus on smallest loan for insta-gratification

Most people fail to pay off debt because they don’t seem to gain any traction. When you make minimum payments, most of your payment goes towards interest. Very little of it actually goes towards your principal. If I was going to stick to my plan, I needed quick wins to keep me motivated.

I focused on paying off the smallest loan first, which was $1,500. I paid minimum payments on everything except the $1,500; I threw as much money towards that loan as possible. By picking up babysitting jobs, taking advantage of free lunches and coffee at the agency, I was able to put $500 per month towards this one debt. I also ensured that the extra payment was applied toward the principal (rather than the interest). Three months later, it was paid off, and I could celebrate at Kona Grill happy hour with my hunky boyfriend. The insta-gratification gave me a high. It gave me confidence that I could actually pull this off. And after paying off the first smallest loan, I approached the next smallest loan with the same force.

In addition to paying off each loan according to the smallest amount owed, I also started my own travel fund. Traveling and experiencing new cultures is something that I value, and I wanted to make sure I still got a taste of that in my twenties. Whenever I paid off a loan, I would look for opportunities to take a trip. I traveled to Florida, Colorado, California and Puerto Rico while paying off debt. I went white water rafting, scuba diving, hiking, and dancing in nightclubs. And I did all of it by paying for it in cash. The celebrations and traveling made me motivated to pay off debt more quickly so that I could dedicate more of my hard-earned paycheck to experiences that I loved.

It was one thing to log on to my payment portal to see my progress, but it was another when I posted my progress on my refrigerator. Pulling out my old sorority scrapbook supplies, I put together a homemade chart to track my debt payoff progress. Every time I made a payment towards my student loans, I colored in a new line on my chart. Over time, I could see just how far I’d come, and I made sure I added the date whenever I paid off another loan.

The chart arched a few eyebrows by visiting friends and family when they stopped by my fridge to grab a cheap Coors Light. I didn’t care, though. It fueled the payoff fire even more because I would get questions about my quest, and they held me accountable.

Over those two and a half years of paying off debt, I made a few job changes. Eventually, the agency I was working at hired me full-time making $33,000 per year. Once the inevitable agency burnout took place, I took a corporate job making $40,000 per year. Every time I saw an opportunity to increase my salary, I took a chance, wrote killer cover letters, beefed up the resume, and put it out to the universe. I ended my debt-free journey making $41,000. That’s nearly 25% more pay in a little more than two years.

It’s important to note that during this time, I was only contributing 2-3% towards my retirement. I had a written monthly budget that helped me see exactly where my money was going, and how much extra I could put towards debt. I wasn’t focused on retirement or upgrading my 2002 Ford Escort ZX2. I was dead focused on just one thing. Pay off debt. When I zeroed in on just this one financial goal, it made it extremely easy for me to make bigger payments until I became debt free by age 25.

Now, I have been living debt free for the past four years and moved from small-town Kansas to San Diego with my then-hunky boyfriend turned hunky husband. Paying off debt quickly is possible. When you get to the point where you are shouting, “I’ve had enough! I’m all in,” you make incredible things happen with your finances.

Justine Nelson is a debt-free online entrepreneur who loves writing, 90s/00s hip hop, craft beer and talking about money. You can find her chatting about debt, budgeting, and booze at debtfreemillennials.com.