How I Stress-Spent My Entire $1,800 Severance Check In Less Than A Month 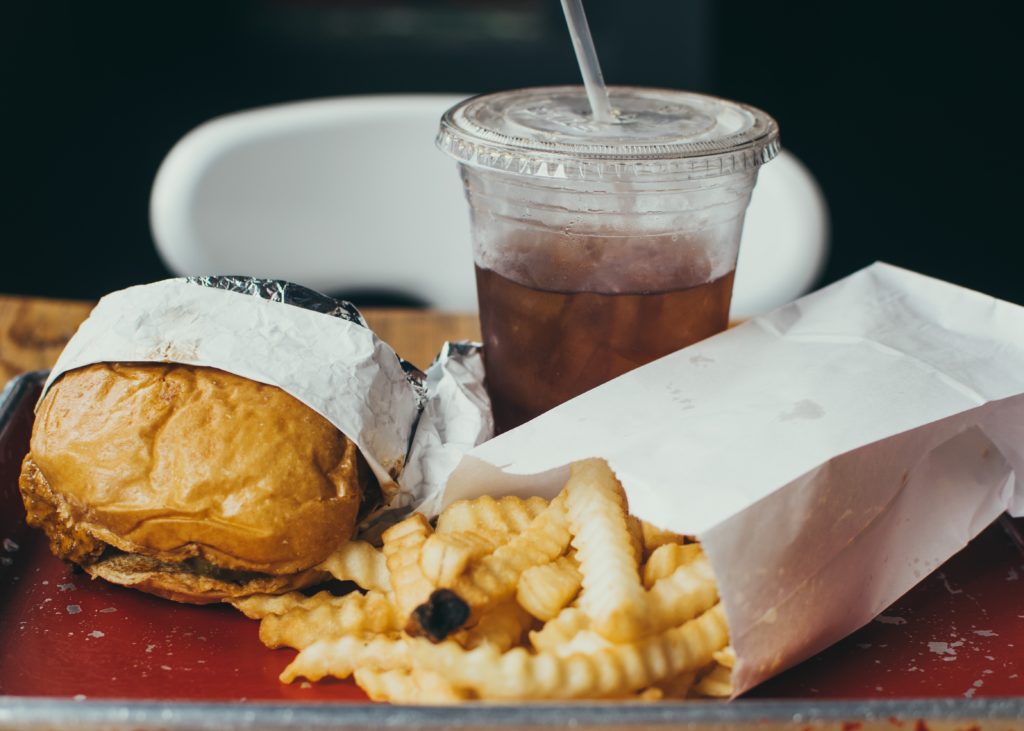 In May of 2018, I was laid off. (That’s what we’ll call it, at least. My supervisor at the time didn’t bother to call it anything, opting instead to use phrases like, “Unfortunately, we’re going to have to part ways.” It might be more technically correct to call it a firing. But everyone was being so very vague about the whole ordeal, so feel free to call it whatever you like.)

While sitting dumbstruck in the cramped side-office half-hearing something about why “the company was going in another direction,” a few pieces of paper were placed before me. I was being offered a small severance package on top of my owed wages, with one small catch: all I had to do was sign away a few of the freedom-of-speech rights I didn’t really care about anyway. Naturally, I took the money.

I left the building stoically (that’s what it’s called when you run crying into a coworker’s arms, right?), and within 24 hours, between my accrued PTO, unpaid hours, and the severance package, I had received $1,810.90.

I’d like to be able to say I used it responsibly. That I paid off some debt, set a little aside for a rainy day, etc. But, on-brand with my other financial misadventures, that wasn’t quite how it went.

This is how I squandered almost two grand in under 30 days:

$886.95: Bills, subscriptions, and other necessary expenses

Of course I didn’t spend all of the money on a bunch of useless BS. I may not be known for my prior financial responsibility, but I do pay my bills. Well…most of them (waddup wage garnishment!)

Most of it ($685) went to the remainder of my monthly rent, which, due to thinking it was a good idea to live alone in a downtown apartment while living paycheck to paycheck, I was rarely able to pay all at once. The rest I split between a couple of regular adult bills (dental and phone) as well as a handful of subscription services (Netflix, Spotify, etc.). Of these, about $100 went toward bills that I could’ve avoided needing to pay for, starting with the subscriptions and ending with the dental bill, which was a monthly payment towards an Invisalign treatment I never completed.

Yes. Over the course of a single month, I spent over 300 dollars on food.

For reference: At the time, my groceries generally totaled under $50 a month, and I spent half of said month staying in a home where dinner was made nightly, making this amount pretty ridiculous. And if you’re wondering how I could’ve spent six times my normal food budget in such a short time, I have an equally short answer for you: food delivery.

I probably had the same self-pity fries and McFlurry delivered to my door every day for two weeks straight, not to mention the money I spent at the grocery store on things like mini marshmallows…and the $30 spent at the liquor store on some shitty boxed white wine (I live in Utah, where the only alcohol you can get in the grocery store is a weak beer or spritzer — paying just as much money as our more “liberal” neighbors for half the buzz!) Surprisingly, I only spent $35 on coffee, but I chalk that up to having a perfectly decent pour-over/travel mug contraption at home already.

Having never been able to take drivers ed as a teenager, and having come up with many excuses not to since then, I am one of the only adults I know who is not in possession of a driver’s license, let alone a vehicle. While this generally saves me a substantial amount of money per month, there is still a decent cost of getting around.

At the time of my…termination, I lived in an area that allowed me to get a monthly public transportation pass for only $42, which is about half of what they normally cost. In general, that was enough to get me wherever I needed to go, but occasionally running late or simply being unable to get where I needed to go necessitated the use of our friendly neighborhood ride-sharing services. And I’d be lying if I didn’t admit that at least one of the rides taken was out of pure laziness.

If the impulsive Mcdonald’s purchases weren’t bad enough, I spent even more money on clothing. I had put $500 of my check in savings, intending to leave it there permanently, but at this point, that money was slowly making its way back, one chunk at a time, into my checking account. Initially, the purchases were small and practical. A new pair of shoes. A lap swimsuit for the gym I was going to daily with a friend (as a free guest!). A $5 striped T-shirt from Target. But it wasn’t long before things spiraled.

I had recently become certified to teach a certain branded pilates class, created by a fitness influencer I’d been following closely since my mid-teens. She happens to also have a beautiful activewear company and somehow, in my infinite (unemployed) wisdom, I convinced myself that it was only right that I have an assortment of said accouterments, so as to keep any classes I taught fully “on-brand”. Goodbye $162. Hello tank tops.

(Fun fact: I never actually made any money with this certification. I taught free classes to a group of 30-something women once a week for a few months before deciding that any sort of social interaction, particularly one that required an outpouring of physical and emotional energy on my part, was better left to people who weren’t in dire need of therapy.)

On top of everything I’ve mentioned, there were a few random unnecessary purchases that wormed their way into my bank statement. I spent around $45 at PetCo, upgrading my cat’s litter box and dishes, as well as splurging on a couch-shaped cardboard scratching post, which was probably the single cutest thing she’s ever owned. (I mean, it’s a mini couch! For a cat!) I spent $10 on a couple of baby succulents that still keep my work desk company, $15 at the local movie theater, and $35 on a pedicure.

I know. How dim do you have to be to spend money on a pedicure while you’re unemployed? It’s not even like they’re something I regularly pay to get: I haven’t had one since then! But a group of ladies I know pretty well had all decided to go get pedicures, and the FOMO hit me hard. I was unemployed, unhappy, and deprived of positive human interaction. But even taking all of that into account, I was just as confused by the purchase when I swiped my card as I am today.

When I started my new job 32 days after my unceremonious firing, I had just under $100 remaining. I don’t remember much about the month I spent unemployed, but I have vivid memories of the moments that contributed to my rapidly draining bank account. I remember where I was sitting when I bought the exercise clothing. I remember which direction I was facing when I picked up the T-shirt in Target. I remember the guilt I felt when I transferred the first $100 out of my savings account, knowing full well that I hadn’t spent a single penny the way I should have.

My mom used to tease me about how my money always “burned a hole in my pocket,” and I always knew there was a little truth to it. But it wasn’t until I spent a month trying to paint over my perceived failures with useless purchases that I saw just how big of a problem it really was.

Sometimes you have to learn your lessons the hard way.

JoAnn is a 20-something living in Salt Lake City, Utah. Her favorite thing to do is sleep, but if you’re interviewing her she’ll probably say that she loves reading more than anything (which is almost true). Someday she plans to (not) retire running a 24-hour bookstore in Newport, OR, which she would argue is the best town on earth.