How I Successfully Navigate A Male-Dominated Workplace 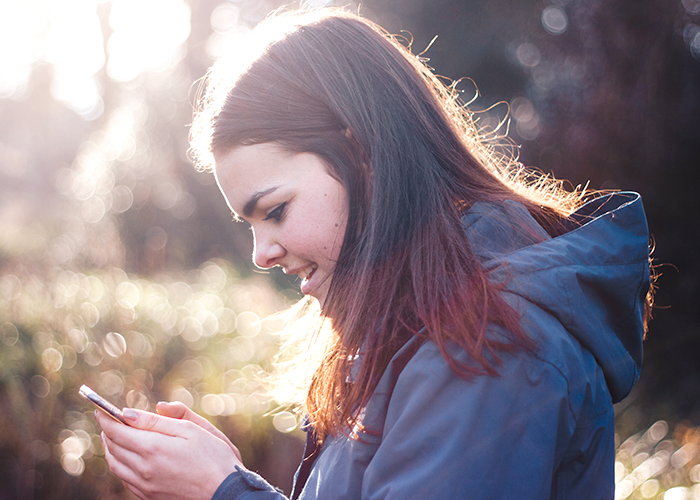 Ever since I officially joined the salaried workforce

, I’ve worked in male-dominated industries, namely business consulting and business law. The consulting firm had offices across the globe, but the NYC headquarters where I was, (mostly) served large, male-dominated clients in major financial firms and BigLaw. I had female peers and middle-managers, but, in my office, there was only one female in a true management position. The office where I currently work is the opposite; it’s a very small law firm with small-business clients (most of whom are male), but the females besides me are all support staff.

I don’t think that the male-dominated management in any of the places where I’ve worked was part of some nefarious male plot or anything. It’s more a reflection of male-centered norms that are more acutely felt in corporate environments where performance and profit are measured by billable hours. Those norms are reinforced by male dominated clients. We could go on for days about what this boys club looks like, and how it reinforces male-dominance in the workplace, but at the end of the day it doesn’t matter because, if you’re a woman who works in an office or industry that is dominated by men, it’s incumbent on you to find a way to thrive in that environment.

Throughout my career, I’ve found that sexism and gender discrimination in the workplace is common, and it takes on three distinct forms: outright sexual/gender discrimination, subconscious workplace bias, and systemic male-preferential norms. It’s important to be aware and assess whether this is occurring in your workplace, and figure out how you can navigate it. Examples of each are described below.

Outright sexual/gender discrimination/harassment: Thankfully, I’ve never encountered this, but we all know people who have. A girlfriend of mine, who is also the only female attorney at her small firm, recently had an experience that illustrates this type of environment. She was in an elevator with two of her male bosses, and they were all leaving early on a Friday. She explained that she was on her way to her high school reunion and one of the bosses (who already had a reputation for being the office asshole and had been unnecessarily demanding and personal in his criticism of her performance) made some comment about how she would see ex-boyfriends. When she responded that this would not happen because her high school was all-girls, he said something like, “oh well, better not have any of those. But if you do, you can always come talk to me about it. Haha.” The next week she reported this to another male boss in a one-on-one meeting. He was shocked, disgusted, and apologetic, and sent the guy to sexual discrimination training.

Most of the time, management (however male-dominated) will step up and handle these situations when you confide in them. Even if they won’t, it’s important that you report each and every incident that you find to be hostile and inappropriate, and do so formally and in-writing. This is more for your protection than anything else as it provides evidence of retaliation should that occur.

Here’s how you can write up a proper complaint:

Subconscious workplace gender bias: My consulting job was rife with this. Whenever we had a meeting, the men would gravitate towards sitting together on one side of the table while the women sat on the other. Although we openly commented about this (in a joking way), it was a real reflection of the dynamics of that workplace. The men moved like a fraternal pack, lunching together and being the only analysts selected to work on cool projects, while the women broke apart to eat in smaller groups (or ate at their desks), and always got the less glamorous projects. When the only female manager at the firm left, the male managers realized they had a problem and tried to organize a women’s working group to reinforce how putting females in manager roles (in in-house counsel, the HR department, and marketing). But, it didn’t work. I don’t think the male/female divide at my consulting firm was necessarily intentional, but it felt like the men simply didn’t think about us at all. It was like we weren’t even there which, if you think about it, might actually be more degrading. There was nothing I could do to change this pattern of behavior, so myself and every other female left the office over the course of five years.

Male-preferential norms: It’s no secret that women who are both breadwinners and wives and mothers shoulder a heavier burden compared to their male counterparts. At 30, I feel this reality acutely every single day. For example, I only get 10 vacation/sick etc. days a year, which is not enough time for even the least complicated pregnancy, and my firm is too small to be subject to FMLA requirements. While I’m confident that my bosses would give me as much time off as I needed, I hate that I have to be the first and only person to bring up the issue of maternity leave. I also hate that if I take off the standard three-months that women at larger institutions get, it will place an enormous burden on my firm. We simply have too much work to do, and no one to handle it.

I think there’s a weird division between women and men in the workplace, because they don’t truly shoulder the dual burdens of family (and homemaking) along with having to be the breadwinner. Although I’m sure they make wonderful fathers and husbands, a lot of the men I know often complain about how their wives spend too much money on groceries (when she is the only person in the household that cooks them), how their wife falls asleep in front of the TV, or if their wife had a list of heavy-lifting chores for him when he came home from work. Meanwhile, I’m buying groceries (with my own salary), cooking those groceries, spending my Saturdays doing heavy yard work, and my partner falls asleep in front of the TV because he works 7 days a week. And I feel angry about those men complaining about their wives, and i think, “bitch, please!” Enough with your white man problems. Man the fuck up, get off my case, and understand that I don’t wanna work weekends, because it’s the only chance I get to run errands, go to church, or have a quiet moment for myself. I realize that my male co-workers are not solely responsible for these issues — it’s just a sad fact of modern work/life imbalances among different genders.

If you’re a working woman, you’re going to feel this work/life pressure with increased intensity as you approach 30, but your workplace will not necessarily adjust expectations (such as sufficient paid time off and performance metrics that are unrelated to actual hours worked) to accommodate it. The only way to deal with this is to seek employers that are more cognizant of it, and have policies in place to ameliorate it (such as paid maternity and paternity leave, childcare, remote work options, etc.). It also helps to be in a workplace with more women, especially ones with women in managerial roles. But, at times, nothing makes me feel better than griping to my law-school girlfriends about law firm life and the issues above (preferably with a glass of pinot because I’m ~basic as fuck~) to make me feel better.

Unrelated to navigating a male biased workplace, it’s important to have a supportive partner — one who is not selfish or insecure about how you spend your limited time. My partner does not get the whole billable hour thing (people who don’t work like that never will), but he doesn’t feel neglected if we can’t vacation together because I have a trial, if I have to go to a bunch of networking events, or use my days off to hang with friends. We can talk frankly about what family life might look like for us, how he would work fewer days and/or bring the baby into work with him, and how the choice to have children (or not) is not entirely mine. It’s comforting to know that the prospect of juggling family, work, and time for fun seems more feasible because of how supportive he is.

Finally, it’s a great idea to find an older woman in your profession to mentor you. This can be a formal process that takes place through a women’s professional organization (like a bar association), or it can be informal. One of my law school professors went to the same undergrad and law school as me, and we serve together on our local undergrad admissions committee. Because we share this connection, she’s invited me to a number of social functions, and I’ve sought her professional advice on more than one occasion. Talking to her and seeing how kind and awesome she’s remained throughout a demanding career (while having three children), puts my own problems into perspective, and makes me feel hopeful about being a woman in a man’s world. I know that if I have the right resources and proper support system it will be infinitely easier to navigate.