How I Turned Loneliness Into Solitude 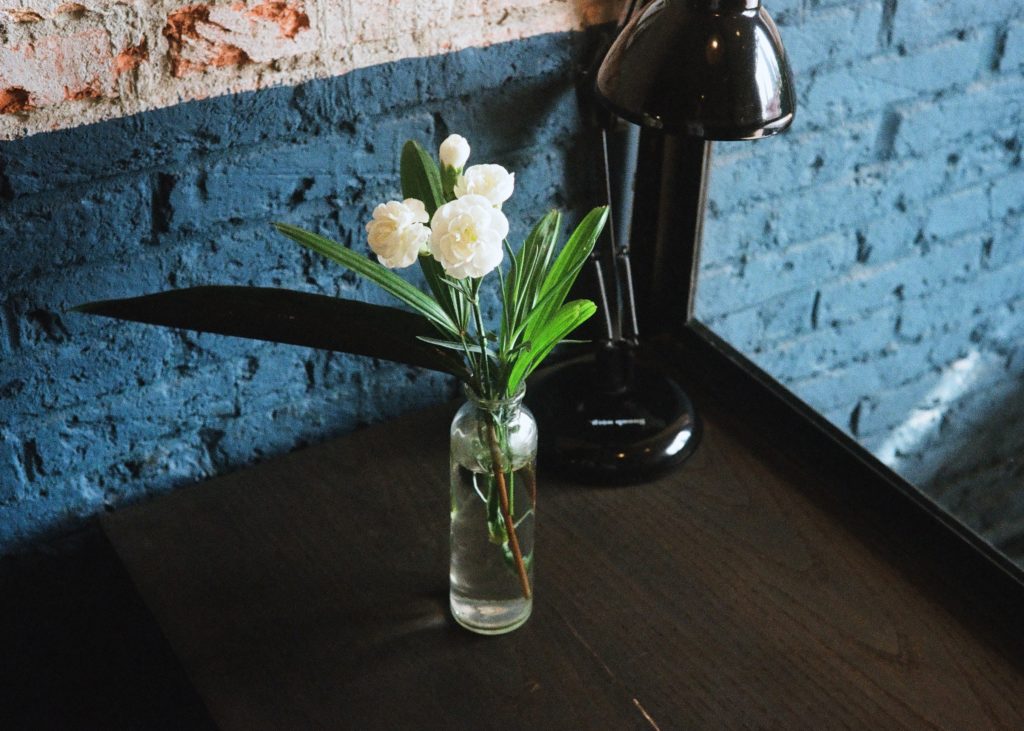 I love being by myself — yet one of my greatest fears is being alone. Recently, I was hit with an overwhelming sense of distress because I felt I didn’t have enough close friends. It had me questioning everything — my success, my happiness, my personality. The fact is, I don’t currently have a big group of friends to call upon every Friday night. It’s partially a side effect of moving around a lot, working from home, being in a long-term relationship (as much as I hate to admit it), and simply having some introverted tendencies.

I have a few close friends and a few acquaintances spread out among a few cities, a wonderful boyfriend, and a supportive family. I am so, so thankful for all of them. But, looking back, I sometimes worry that I didn’t put enough effort into making stronger ties with some people throughout high school or university, while I spent too much energy on others who weren’t willing to do the same — which is the worst part. I have had weeks hunkered down working from home where I barely speak a word to anyone other than my boyfriend, my dog, and a quick “Morning!” to the gym front desk lady.

Sometimes, I would scroll through a feed of social butterflies while home reading and drinking wine with said dog on a Saturday night, and then the weight would come crashing down. It turned me into an anxious, nauseous ball of dread.

Some of my favorite days are ones I’ve spent by myself. Evenings spent cooking, reading and writing, my favorite music blasting with no apology. Days spent exploring and eating at restaurants, drinking coffee, with just myself. Traveling alone on the other side of the globe and confidently striding down a foreign street with nothing — no one — to distract me. THAT. IS. THE. LIFE.

It isn’t loneliness. It’s solitude. I honestly don’t think everyone knows how to experience their own company like that. But, before I was able to remember and appreciate this again, I had to get out of this funk.

This slump began shortly before the Ethiopian Airlines 302 flight crashed en route to a United Nations conference in Kenya. On that flight was a friend from university. He was my RA in dorms and very close with two of my best friends I’ve known since high school, among many others from my time at university. He was a master at making connections and bringing people together. He and those two high school friends lived in Victoria, BC, a couple of hours away from where I lived in Nanaimo. My boyfriend and I had repeatedly said we wanted to hang out with their group of buddies more when we visited or eventually moved to Victoria in the near future.

The inconceivable tragedy and shock had a lot of effects on me, one of which was making me feel even more alone. But it eventually jolted me awake to realize something — I was in charge of getting out of this slump. Life was short, and I couldn’t wait around for someone to do it for me.

I knew I had to do two main things: practice gratitude, and reach out.

First, I took the time to consciously think about all the people I did have in my life. Even if they weren’t living in the same town as me or we hadn’t talked in a while, I thought about my closest friends, loved ones, and people who were nearby that I was less close to, but interested in getting closer with. Next, I had to reach out. Asking someone to go for a drink when you haven’t talked in months or aren’t really that close with can be scary, but it isn’t weird. As nerve-racking as it can be, simply letting people know you’re thinking about them can also have a big impact.

Given the circumstances, some of the conversations were led by grief. But even if it’s not the case for you, according to everyone I’ve ever asked, simply sending a message saying that something — be it silly or serious — reminded you of them is heartwarming. Think about it: random people from our lives cross our minds all the time, but we rarely let them know.

The hardest part about feeling lonely or like you “have no friends” is the perception that no one else is in your boat. People complain all the time about not having a boyfriend/girlfriend or the perfect job, but rarely do they “complain” openly about not having enough close friends. But guess what? There are a lot of people in that boat.

Around this same time, a girl I worked with at my university newspaper bravely posted on Instagram that she had been feeling lonely and having very similar worries. She’s an example of someone I wish I had taken the time to get closer to in university. I messaged her immediately and told her how I related and that’d I would love to catch up. She was ecstatic and told me her post had been resonating with lots of people sharing the same distress. It was sad to hear, but also comforting.

My attitude quickly started to shift. And, perhaps, because I had made the effort to reach out, I found my weekends seemed to be more filled with social events. Or, perhaps, it was the same amount as before, but I was just content with it. I recognized the people in my life cheering me on, from close by and far away. I recognized I had things in common with others and still had a chance to make new connections and strengthen old ones. These things don’t happen overnight, but they can happen. There’s a level of excitement in that.

And I started to look forward to my time alone again. After a spur of social events, I want nothing else but to go for a long walk alone or return to my book, wine, and PJs. Part of the worry was just wanting to know those people were there, — not necessarily wanting to be with them all the time. It takes work to maintain some relationships, and certainly to build new ones. I realized that I wasn’t a lonely pathetic loser if a bunch didn’t blossom immediately. And I remembered that I am really fun to hang out with.

Pretty much no matter what, we will all have several (many) slumps like this throughout our lives, when we feel lonely in some way. Sometimes we forget self-growth lessons we’ve learned before and have to remind ourselves how to shift our perspective and take action to make a difference.