How I Use Silly Personality Quizzes To Actually Improve My Life 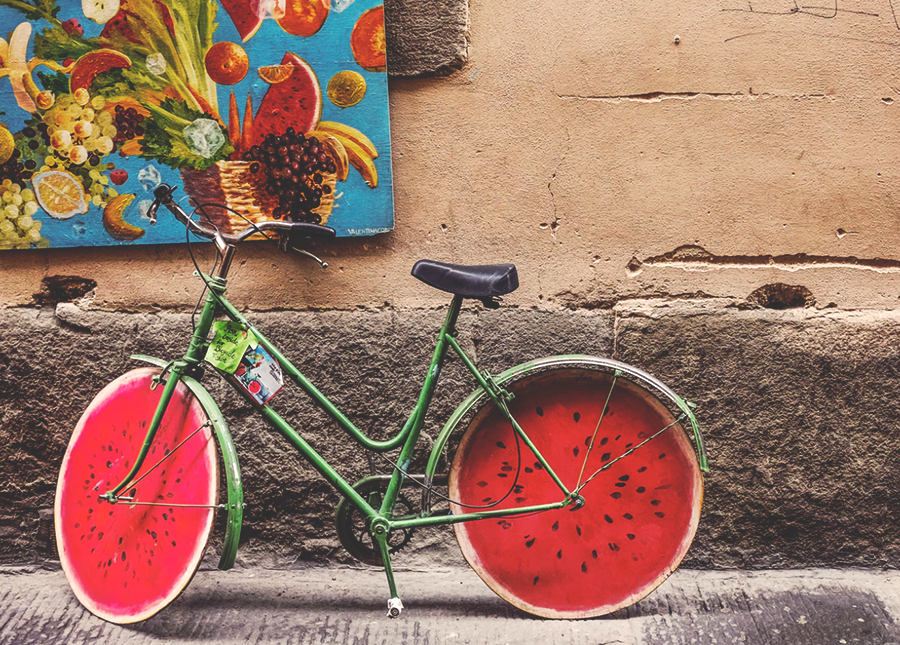 If you’ve ever been to a party that suddenly got completely quiet sometime around the 1.5-hour mark, with everyone in attendance absorbed by taking the same quiz on their phones, it was probably because of someone like me. I’m that person who finds any possible way to bring up love languages (mine is “words of affirmation”) or Enneagram numbers (1, 5) or even Hogwarts houses (Hufflepuff, bitch!!), who will gladly bring an evening to a grinding halt in order to figure out another person’s Myers-Briggs type (ISFJ). Hell, I’ve even found value in a few particularly compelling Buzzfeed quizzes, and I have no shame in sending them to my boyfriend or former roommates so they can see what their favorite type of sandwich says about the most hidden depths of their soul.

And to some extent, I have always loved personality quizzes. Learning about Myers-Briggs types was the only part of the over-my-head 11th-grade Theory of Knowledge class that I liked. I’ve taken many different versions of that test and others in all the years since, never fully identifying with the answers, but always wanting to fit that little piece of the puzzle in place. I also love that these quizzes can, in a way, give us some common ground to talk about our values. I can be talking to a relative stranger and pull a conversation out of thin air simply by asking, “What’s your Myers-Briggs type?” or, “What Hogwarts house are you in?” And it’s fun to make up gross generalizations of personality types, too. (I always say that anyone who says their love language is “all of them” really means it’s gifts, but doesn’t want to sound materialistic. Also that a true Hufflepuff would never put it in their Twitter bio, because then it just looks like they’re signifying, “I’m a kind, innocent flower, and a better person than all of you Gryffindor scum,” which is the opposite of what a Hufflepuff would do. These are 100% not facts, yet I believe them to be true with my whole heart.)

The closest I’ve come to fully identifying with an assigned personality type was thanks to a Myers-Briggs quiz from the site 16 Personalities, which Chelsea was actually circulating around the TFD Slack channel a couple of months ago. It was the first time I’d gotten ISFJ as a result, which probably would have upset me as a teenager. ISFJs are supposedly a whopping 13% of the population, and I always fancied myself a more ~special~ type, like a 4-percenter INFP. (Also, if you have no idea what I’m talking about, this is a good explainer from 16 Personalities, which is slightly different than traditional Myers-Briggs classifications. It’s my personal favorite iteration of those types of quizzes, but if nothing else, the site is much nicer to look at.)

A friend in the psychology world recently told me that the appeal of things like personality types has a lot to do with a phenomenon called the Barnum Effect. I’m by no means a social psychologist, but my understanding is that, basically, when we are presented with a personality description, we often think it’s eerily specific to us — when, in reality, it’s generic information that could apply to anyone. It’s the explanation for why I say “wow, I am such a December Capricorn” after I make a hyper-detailed itinerary for a vacation, right before I burn that identification to the ground by proceeding to not fold my clean clothes for the fifth day in a row.

So it’s not that I look at the description of an ISFJ and think, Wow, this is me to a tee. It’s impossible for me, as I imagine it would be for anyone, to take any of these tests and fully separate my actual self from the kind of person I would like to be (though maybe it feels easier now than it did when I was 16). I mean, just look at some of the ISFJ’s “weaknesses” — while I definitely identify with having to overcome shyness and taking things too personally, “Too Altruistic” is an exceptional backdoor brag if I ever heard one.

Instead, I look at the ISFJ description and think, Yes, this describes the type of person I am on my absolute best day. I would love to be a person who could always be described as:

I don’t think anyone could be described in such absolutes without caveats. Yes, I can be supportive — unless I’m too wrapped up in my own life to be able to be. I am enthusiastic, but only if it’s something I care about…take me to a football game, and I’m a lost cause. I guess I’m hard-working because I get work done, but I also feel like I indulge my laziness more often than this personality type makes room for. Plus, the first letter in ISFJ stands for “introvert,” and I don’t even know if that’s accurate all of the time. (If introvert actually meant “social homebody who would rather pay to host dinner parties multiple times a month than ever be forced to go to Brooklyn,” I would identify 100%.)

And that’s what the Barnum Effect really gets at, for me: no one person is going to be every single thing described by one personality type, at least not all of the time, and it’s a bit silly to think that we could. And I’m very certain everyone could identify with at least one thing from each personality type in a given system. Perhaps more social science-based thought was put into creating the Myers-Briggs types or the Enneagram scale than the zodiac method of defining your personality by when you were born, but personally, I think they’re all random.

Finding out my personality type, in whatever system I’m obsessing over at the moment, isn’t about uncovering some deep, true fact about myself. You would never think, I can never truly know myself until I get to the bottom of each and every way I can identify my personality. But reading personality profiles does help me be more mindful of the kind of person I would like to be and more easily identify moments when I could be doing better. For example, I really hate when I feel like I’ve been slacking off, so when I’m procrastinating in what I perceive to be an unhealthy or unproductive way (because yes, I do believe there is such a thing as productive procrastination), I often motivate myself by thinking, Is this really the way a true ISFJ would act? regardless of the inherently flawed concept that something like a “true ISFJ” exists.

People need breathing room, of course — you can’t be the shining example of your chosen personality type 100% of the time. For me, it’s not about finding a truthful identification, but rather simply finding ways to keep being a little bit better, and keep reminding myself of the values that are important to me. And if I get to take a fun quiz to get a little closer to who I’d like to be, even better.