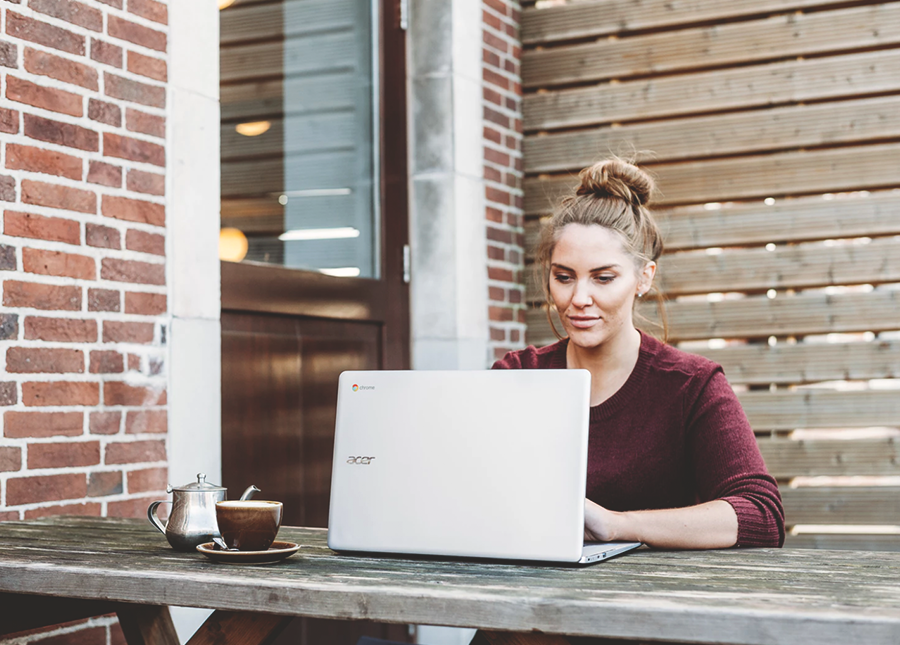 In Spring 2017, a little over a year at my job at a medium-sized company, I was unhappy and unwell. I liked my coworkers and was good at my job, but the culture was toxic, and management made it clear my department was not valued. My mental health suffered the most. I was in the midst of having my medications and therapy altered to adapt to my new stress levels. I decided to look for better job options and found a job that was promising. It was a position with a startup where there would be flexibility and better benefits. It was more in line with what my career goals were, too. I quit my job and started my new one in no time.

Two weeks after starting the new job, the day after my 28th birthday, I was sat down and told that it wasn’t working out. My boss would be paying me out in lieu of notice. My mental health lost the last leg it was standing on, and I started to weep at the table across from my now-former boss.

End of May 2017 I was jobless, unwell, and I had two weeks’ worth of pay to sustain me, and almost no savings. My partner works part-time to support their freelancing and was unable to offer me any help. In fact, I had been supporting them due to my higher income. I immediately applied for unemployment benefits. In the past few years, I had worked enough to scrape through qualifying for a benefit. It was $440 CAD ($341.64 USD) per week, as calculated by the mysterious cabal that is Service Canada.

While we weren’t exactly living a lavish lifestyle before, I knew we’d have to cut back due to this reduced income. I had been tracking my spending for a while but hadn’t done anything to change it or improve it. This new state forced me to take a closer look at my financial standing. My credit card had carried an average balance of $3,000 CAD ($2,329.35 USD) over the previous few months. It had been up and down in the previous years, but never zero, and never low for long. I have no explanation and nothing to show for that debt. I had been making enough money to live on and had not even been putting any money into savings. It was plain old reckless spending. The piece-de-resistance was using my credit card in 2015 for a full-sleeve tattoo that I was SURE I could pay off in no time! (Nope.)

I knew that my habits weren’t helping me. I knew that I had ignored Future Me to benefit Instant Gratification Me and now I was going to pay for it. But it’s not that simple. Behind my affirmations of “time to buckle down” and “I’m getting serious about budgets” was the undercurrent of my mental illness. I am lucky to live in a place where a referral from my family doctor secured me free access to a psychiatrist. I have a family who helped subsidize the cost of my prescriptions while I was out of work. I also have a life partner who understands my health problems enough to support my needs. Without these things, I would not have been able to manage as much as I did.

Despite these privileges and affirmations, my health and spending habits got worse before they got better. My credit card balance reached a little short of $4,000 CAD ($3,105.80 USD) by August. If it weren’t for the generosity of relatives who gave me early Christmas gifts in the form of cash, it would have gotten higher. By December, I was back to$3,000 CAD ($2,329.35 USD), but there seemed to be no chance it would ever get lower. I was living on a fixed income and was supporting a spouse with it. My debt kept me up at night and became a trigger for panic attacks and anxiety. Mood irregularity also aggravated my tendency to overspend.

Then over the months, I slowly got better. I can’t explain why — other than the brain is a complex organ — but some combination of therapy and medicine and self-care began to work for me. December and January were when my health and my habits began to turn around in earnest. My in-laws took us on a much-needed vacation to Maui. While I don’t credit the vacation with making me better, it acted as a line of demarcation in my mind. Maybe it was the guilt of having a vacation to a tropical island for free? Or maybe my health was already doing so much better. Whatever it was, I felt like I pushed a reset button and now it was time to get serious.

I didn’t make any explicit financial New Year’s resolutions. But I started the new year with new budgeting goals and a renewed interest in paying off the debt that plagued me. I removed my credit card info from every web store, service, automatic payment, and anything else I could think of. While I didn’t switch to a cash diet, I switched to a debit diet. If it wasn’t in my checking account, it wasn’t getting used. I found that when I couldn’t afford to use debit for something, I got serious about whether I needed or wanted it.

My partner and I started planning our meals and, as a result, spent less on groceries. I started walking more instead of driving (and recently gave up my car after a would-be costly breakdown finally sealed its fate). I started making weekly (small) contributions to my savings account. I started walking dogs and temping regularly for a company downtown who I had worked for in the past. My unemployment benefit reduced whenever I worked temp gigs, but not enough to hurt. The connections I was making made the difference worth it.

In what seemed like no time, I found that I had a spare 100 or 200 dollars on occasion. I used it to aggressively pay down my credit card debt. I started getting competitive with myself to see how much I could pay down every month. In April of 2018, my balance was below $2,000 CAD ($1,550.14 USD) for the first time in years. My anxiety around my debt turned to excitement and motivation. I began to create detailed spreadsheets tracking my successes and used them as fuel to keep me going.

Also in April, I was at last well enough to accept a full-time job in a well-respected and highly-rated company. My job references were from the company where I temped. I even had enough saved to get me through the first few weeks sans-paycheck. I am excited to have a new steady income which will supplement my continued efforts to pay down this debt. At my current rate, I will have it paid off by the end of 2018!

Liz is an administrative professional in Calgary, Canada. She lives with her partner and a foster dog in a tiny purple apartment.