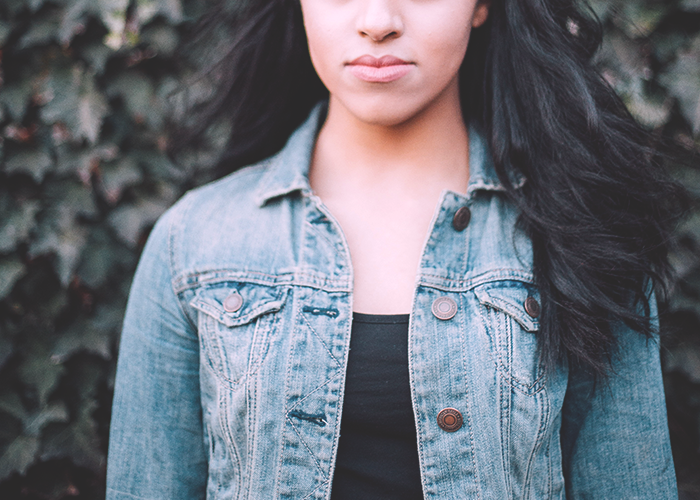 The smell of fresh cut grass wafts around me. My once spic and span New Balance tennis shoes are now stained green and covered in grass clippings. The West Tennessee heat engulfs me and sweat drips down my nose and collects on my upper lip. I wipe it away, one hand pushing the mower along. I remind myself that the $40 will be worth it. Only a few more weeks of cutting grass and I’ll have enough to get that new basketball hoop. There’ll be plenty of summer left to practice my layups. A few more weeks, and I’ll be the popular kid in the hood.

This memory is from 20 years ago. It’s odd to think that 20 years have passed and consider how far I’ve come from being that eight-year-old living on very little money with my aunt. She was putting herself through college at 22 — the first person to do so in my immediate family on my mom’s side — and raising an eight-year-old. She’s my hero.

She made me pay the bills. Of course, my lawn mowing money wasn’t going toward the bills, but she made me look at each bill, write out the check from her checkbook, and then balance her checkbook.

“It’ll teach you about money. Then you’ll know how to manage it when you get to be my age.”

I was always eager to do it, and it was fun. I got some math practice in, and it really did impact my relationship with money.

Living right at or below the poverty line for most of my adolescent life helped shape my relationship with money. I was funny and smart, and I was friends with some of the more well-to-do kids, but I always envied what they had. Nice homes that didn’t require putting plastic over the windows to stay warm during winters, fun toys, pools in their backyards, and trampolines. We didn’t have any disposable income for stuff like that, hence why I was busting my ass to buy that basketball hoop myself. I bought it, and it was fun for several weeks until someone cut the lock and rolled it away (my aunt swears I didn’t lock it up that night). I scoured the neighborhood on my bike for weeks looking for it, but never saw it again.

I spent the next summer working hard to earn enough money to go away to 4-H camp. I continued mowing lawns. My aunt would throw parties and have her friends park in the backyard of the vacant house next door, and I’d wash their cars for $5. Going to camp that year made it one of the most fun and memorable summers of my life. I liked doing odd jobs. It meant I had a little money for fun stuff, like a trip to the skating rink with friends, or a walk down to the store to buy some Flamin’ Hot Cheetos and a Sprite (even though I wasn’t supposed to leave the block).

When I was in middle school, I cleaned the lady’s house across from ours. She’d had a stroke and was in a wheelchair. She paid me $40 a month to come over twice a week to sweep, mop, do dishes, clean her tub, and cut up a mango for her every now and then. She gave me Baby Ruth candy bars from time to time, and her son, who paid me, would give me some extra cash when he could.

When we moved to Virginia, after my aunt finished college and got her first “real job,” things were a little easier. She bought me my first car, but I still had to work to pay for the insurance. We always lived very frugally, shopping almost entirely at thrift stores and rarely eating out.

I kept my head down through high school and got straight As, hoping that would land me some scholarships. I was frustrated that I wasn’t selected as valedictorian at my high school. The girl who was awarded the prestigious title came from a wealthy family. She didn’t have to work sweeping, mopping, and slicing deli meat at a local sandwich shop four days a week. The inequality of our financial standing bothered me. If I’d just had more money, and thus, more time to study, I could have had that title, I thought at the time.

I was accepted into James Madison University with moderate scholarships. I took out student loans for three of the four years I was there. I graduated with $10,000 in student loans even though my school’s tuition was relatively expensive. I worked a part-time job throughout college to support myself. Once again, my focus was studying, rather than partying. I knew dedication and extracurriculars were more likely to result in a job after college.

My theory proved correct. After a successful six-month internship, a company hired me full-time (with salary and benefits!). I settled into the job and, after several months, I decided to finance a car. I had a few thousand dollars saved as an emergency fund. I was getting paid a decent salary (about $39k) and would be getting a raise to $45k after a year and a half. It meant financial security (and independence) for the first time in my whole life. I could eat out when I wanted and buy new clothes if I needed them. I stopped worrying about money at that point. I didn’t feel like I really needed to save or care about a budget. My weekend outings with friends would be upward of $200 sometimes. This was my life for about two years, and then things got a little crazy.

After my mother died unexpectedly, I felt like I owed it to her to take my brother in for a while. I moved him from West Tennessee and took care of the bill while he tried to find work. I had my wisdom teeth removed, which was approximately a $1,500 out-of-pocket expense, around this same time. I then paid out $3,000 in additional unexpected expenses. One after another, these incidents crumbled my savings, and I found myself living paycheck-to-paycheck for the first time in my life. I even had to ask my aunt for help on one occasion.

At the end of each week, I would frantically put together a budgeting spreadsheet to calculate how much money I could spend going out with friends over the weekend. Sometimes I got a negative number. I knew I had to make a change. My brother moved back to Tennessee and I got a roommate who took care of half my rent. It took me six months of careful budgeting, but I got my finances back on track, and was able to ensure that I had no debt (other than my student loans and my car payment).

My boyfriend and I moved to North Carolina, and I received a $10k raise at my company. Once again, I was living comfortably, and because we were living in rural western North Carolina, our cost-of-living was fairly low. I finished paying off my student loans while benefitting from this. However, in my new IT support and network administrator role, I didn’t feel satisfied by the work I was doing. It was a great salary, but those tasks didn’t inspire or motivate me, and the situation made me bored and anxious. I started volunteering and writing. I started connecting with others in ways I hadn’t before; around positive change and good deeds. As my personal network grew, and I widened my volunteer efforts to media and design, I was encouraged to start freelancing.

I did this on the side until, finally, I had enough confidence to take the leap and start my own business. I had around $25,000 saved, and I left my cushy $55,000/year salary with the hope that others would take a chance on me, and allow me to share their story and grow their brand. It had been my dream since leaving college to own my own digital strategy and marketing business, and here I am. I really and truly attribute it to those younger years where I learned the value of a dollar by working hard, not having everything handed to me, and being raised by a strong, inspiring woman who taught me how to balance a checkbook.