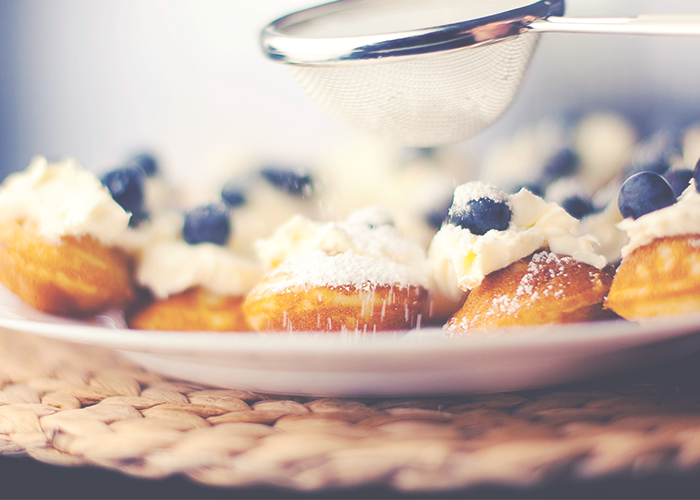 Have you ever dated someone who made you think, “How did I get so lucky?”

You look at this person and think they are everything you ever dreamed of, but never dreamed that you would get. If you could have created your perfect person in a lab, you would have created them, and probably would have left out a lot of their real-life details because you couldn’t have even imagined them. This is how I felt about my boyfriend when we first started dating — he was the image of the Prince Charming that I painted in my head, and then some.

So it was only natural that I immediately felt insecure about myself, and the things I brought to the table. Suddenly, even though he loved me for me and wanted to be with me, I felt like I was completely inadequate. I wasn’t pretty enough, smart enough, successful enough. My alma mater started to feel like a loser school because it wasn’t a real Ivy, like his. It was a “Southern Ivy,” which used to feel good, and now just felt stupid and try-hard.

My apartment, too, felt ugly and small. His was so put-together, and mine was pathetic in comparison. His job running a small boating supply company with a college friend — a successful small business that afforded him a good life — felt so impressive. And my job as an office operations manager, with a pipe dream of one day being a COO, felt lame.

So I started spending. I put it all on my credit card, which had a $10,000 limit because I had always been responsible, but I spent in a reckless way I hadn’t ever before. I got myself nice things for my apartment so I could redecorate before he came over. I got kitchen stuff because I was never a huge home cook but his mom was the “quintessential southern mom” who had a pie cooling on the windowsill on summer days, and I wanted to be able to do the same things. I got a fucking KitchenAid stand mixer! Those things, if you don’t know, are a couple hundred dollars, and I got several of the add-on attachments to make things like bread and sausage. (When was I going to make sausage?)

But I also got a wardrobe, I got all the outfits I’d been putting off and not getting because I couldn’t afford them. I felt like some kind of Barbie: “Business Casual Barbie,” “Garden Party Barbie,” “Pajama Party Barbie.” I got all the clothes I thought he wanted to see me in, because he was always dressed so effortlessly well. He was a Sperrys-and-Polo kind of a guy, which I know probably doesn’t mean much outside of Charleston, but it was very big to me, and I wanted to live up to that. Have you ever seen someone that you wanted to live up to? Someone that you wanted to be a better person for, even though they loved you as you were?

So I nearly maxed out that credit card, with no real ability to pay it off, because I was so paranoid that this boyfriend would wake up one day and think Why am I with this person?, even though I knew on a more rational level that he loved me. It wasn’t until I was getting collection calls from my bank after defaulting on just under $8,500 that I started to truly realize how much my “perfect” life was costing me. I was wearing my Lilly dresses, getting up at six AM to make lemon poppy seed muffins in my stand mixer so he could have one on the way to work, and I was in debt. And now I’d created a problem for myself bigger than just “not being good enough.” I was now in debt, for almost no rational reason.

So, about nine months into our relationship, I came clean. I told him about the minimum payments I was making on my bill, and how interest was just accruing and accruing, because the stuff I bought was purchased way before I could afford it. I confessed this all to him, tearfully, at a sushi restaurant of all places, because that’s just where we happened to be at that time. And I know this is the big anti-feminist moment of the story, but he insisted on paying it all off so that I could get on a payment plan with him instead, and not further damage my credit. It was the “right” thing to do financially, but it only made me feel like more of a loser.

There’s really no moral to this story other than to say that I was an idiot, chasing after an image that I thought this perfect man wanted. But he wasn’t a perfect man — he was human, just like I was. And my intrusive thoughts about “How could he want to be with me” were not based in reality. I was smart, funny, and driven. I had a lot to offer. I was even pretty, if I do say so myself. I just couldn’t see all my good qualities in the face of what I believed to be my shortcomings. So I spent and spent, trying to make up for the difference.

I’m proud to say that today, I am over halfway to paying him back completely, and my credit has recovered. A lot of the stuff I bought, I ended up selling on places like eBay and Poshmark, and the rest just lingers as reminders of how much dumb spending you can justify on insecurity. Let my foolishness be a lesson to you: You are good enough as you are, and if you think you’re not, money isn’t going to be the thing that gets you there.

Talia is an almost 20-something who lives in Charleston and is probably binge-watching Grey’s Anatomy.