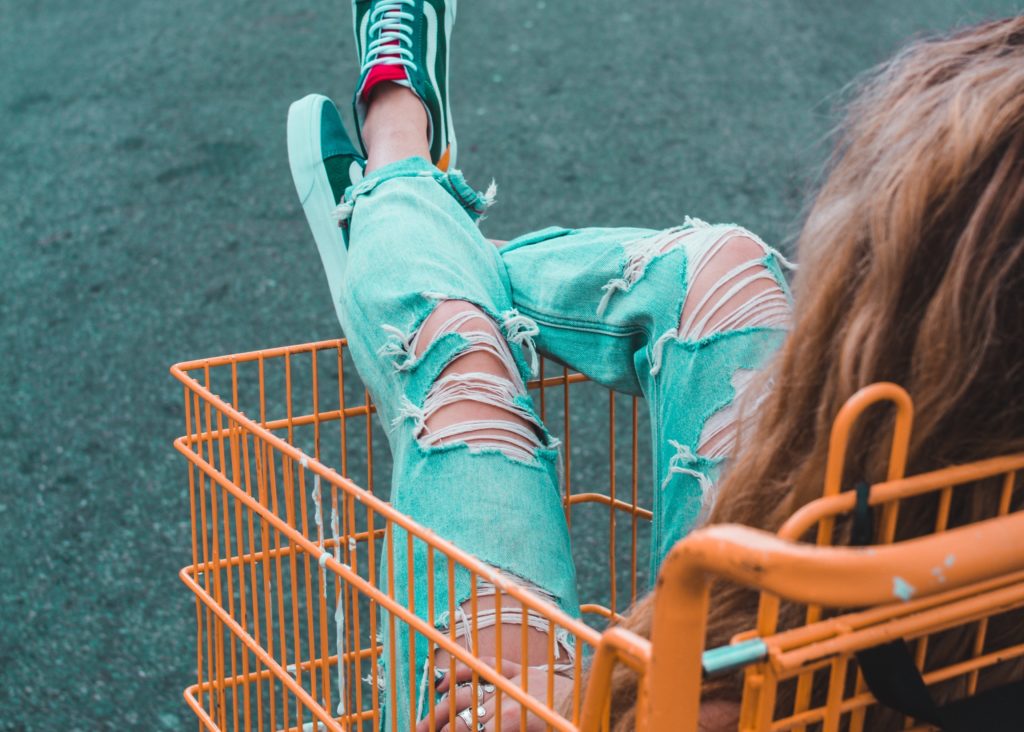 Nothing makes you think harder about your finances than realizing that you have to force yourself to eat that potentially bad microwaveable soup just to make sure that you put something in your stomach after only having eaten a peanut butter and jelly sandwich for the entire day. You have to eat that potentially molded microwaveable soup because your empty fridge and empty wallet leave little room for any other choice.

I had just returned from going on a mini-vacation to my home state in the middle of September when I was facing that empty fridge. My sister and I had bought Backstreet Boy tickets back in January, making our childhood dreams finally come true. I had carted myself down to Indiana to visit family, and I gave myself full permission to both fangirl and splurge a little bit. However, upon return, a quick glance at my bank account made me realize that childhood dreams of financial independence, unlike childhood dreams of seeing the Backstreet Boys live in concert, were far from coming true. I had blown through $400 in a mere five days.

When I had originally planned this brief trip, my original budget was $250 at the absolute maximum. This included gas, food, tolls, some drinks out, maybe some memorabilia from the concert and a bit of cushion in case something came up. I didn’t have to worry about food or lodging because I’d be staying with family. However, while I was there, I had gotten paid from my part-time brewery job, and my paycheck was double what I was expecting. I knew that picking up extra hours would greatly benefit me, but I had no idea how much. My original intention of picking up extra hours was to start working towards building my emergency savings, since grad school for the past three years meant that it was looking rather slim. However, that over $400 paycheck versus the $200 that I was expecting led me to make excuses about how much I was able to spend on this quick, 5-day trip. I hadn’t planned to make that much money, so I convinced myself that the extra $200 was for whatever my heart desired. Or whatever I thought my heart desired.

Fast forward to a month and a half later, and I’m still operating under this same mindset. I keep picking up extra hours, and instead of using this money to pay off debt and build up my emergency fund, I’ve been blowing it on things that, frankly, I don’t need. Additionally, I continuously have unexpected expenses come up because I don’t take the time to fully plan or organize my monthly budget as well as I should. I’m not realistic about what my spending actually looks like. (And I’m not particularly good at planning ahead for needing to pay for things such as replacing car tires either, apparently. That was $800 in just one swipe of my debit card.)

So, here is a list of a few things that I have shelled out money for that were unnecessary and could have been avoided in the past month:

Taking a good hard look at my spending habits over these past two months has been a huge wake-up call. I’ve discovered some sobering truths about my spending habits, my relationship with money, and my own personal insecurities — especially because I can see similar patterns in my previous bank statements, too.

1. I am an emotional spender.

When I’m feeling depressed or anxious, I always somehow convince myself that spending money on food, booze, and (especially) clothes will be the answer to my sadness and discontent. My spending has become almost a band-aid that I use to cover up the loneliness and emptiness that I might be feeling. However, no matter how good the purchase feels in the moment, I almost always feel buyer’s remorse, and for good reason. I am well off compared to most people. Though I am not swimming in luxuries, I have everything that I need, which is more than many people in this current economy can say.

I do not need more stuff, and I need to remember that material things cannot fix things about myself or my life. Only I can do that. I’m using my excessive spending as a cover-up for really tackling the insecurities that I feel about my current life, whether it’s going out for drinks to cover up my feelings of unhappiness, or buying clothes to cover up the fact that I feel like a lost ghost when I look at myself in the mirror.

2. I struggle with a “scarcity mindset.”

I grew up poor. I’m talking hand-me-downs from my sister until I reached late middle school. I’m talking never got any allowance because my single mother simply could not afford it. I’m talking working a job since I was 15 to pay my way through things and occasionally help my mom out with the groceries. Don’t get me wrong — I wouldn’t change a thing about the way that I grew up, because it made me truly appreciate working hard for what I have. My mother taught me to work hard so that I would ensure that I could always take care of myself.

On the other hand, this meant that I also grew up used to not having nice things or having to work my ass off for so little. This continued into my adult life, especially during this time when the standard of living is rising while jobs and wages are stagnating. I always think I never have enough money and that I must always do without the things I enjoy. So, when I do finally get extra cash, I blow it on things I think will make me feel better. However, spending my money on unnecessary shit won’t fix this scarcity mindset, nor will it fix where I think this scarcity mindset truly comes from — false beliefs that I’m not enough or that my life isn’t enough.

Back in July, I wrote an article about how I was finally choosing to settle down in Milwaukee (at least temporarily) after almost a decade of picking up and moving every year. I never settled down physically or emotionally, and it turns out that I never settled down financially, either. I always worked paycheck to paycheck, never having regular months of income nor consistent fixed expenses. Both my income and my budget were constantly in flux because my life was constantly in flux. So, whenever I got extra money, I always saw it as a bonus, especially because I knew that my life would be changing again super shortly. When you move constantly and live abroad as an expatriate on a semi-regular basis, it becomes extremely easy to convince yourself to YOLO 100% of the time, because “you never know when you are going to travel again” or “your life is going to be changing again pretty soon so splurge and make the most of it.”

These cold, hard truths shine a light on why my struggle with anxiety and depression that I’ve had most of my adult life have been increasingly worse over the last year or so. I have been unhappy and stressed for months. I thought I could find happiness after I learned that I was going to be making more money. I thought that I would be able to find relief through more financial freedom, but I’m learning that it goes much deeper than that. I’ve been using my wallet, and the things that I buy with it, as a band-aid for much larger issues within myself. It’s cliché, but money really can’t buy you happiness, most especially if you let your emotions control your spending.

It’s unnerving and borderline embarrassing to not only realize all of this about myself, but to also admit it to the online world. However, on the other hand, being so open and honest about it makes it more real, and the realness of it means that it is something that I can realistically tackle. So, yes, things are far from perfect, but realizing that I am flawed has strangely been a major relief. I can recognize it, face it, and now focus on what truly matters, putting myself and my finances first, focusing on the root of my spending. I’ll find relief from this dark cloud I’ve learned to call home, and my wallet will be fuller, too.

Lindsey is a 27-year-old (almost no longer) graduate student studying French and Linguistics. When she’s not hitting it hard at the books or working away at her two jobs, she’s perusing used bookstores, killing the fast fashion industry by making a hobby of thrifting, experimenting with vegetarian cooking, and slowly but surely trying to figure out who she is in this world by writing on her personal blog, She Seeks Adventures.