How I’m Failing To Meet Expectations As A 2015 Bride 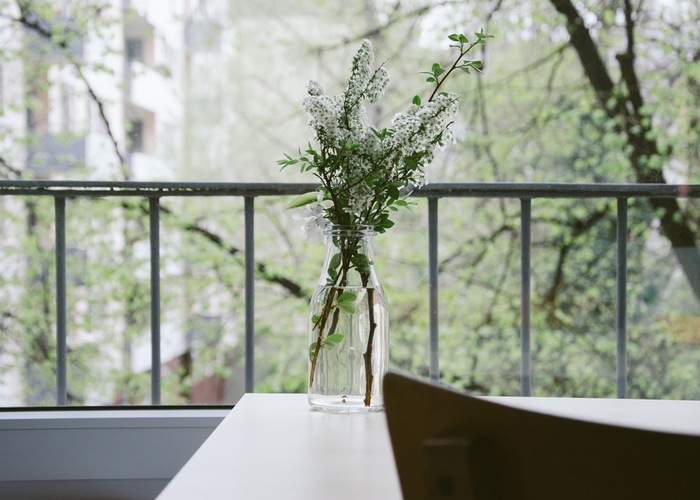 All of my expectations for life have been collected from film and television. When I got my first period, I “craved” chocolate to the extent that I had to send two of my friends to a corner store in order to procure enough chocolate to satisfy my overwhelming craving. I’m not even sure if I actually craved chocolate, as I’m not a huge fan of it, but somewhere in my brain, I knew that I was supposed to react in this irrational manner when I got my period.

Fifteen years after “craving chocolate,” I’m now engaged. My film and television addiction set me up for true disappointment, as I’m now planning a wedding in the age of the Internet. While the Internet makes the whole job much easier, it’s also changed the experience because I expect things to go a certain way, as do my friends and family.

You know that moment when you’ve just gotten engaged? From what I’ve seen in movies, it used to go like this: you told everyone the big news face-to-face, you whipped out your hand, everyone leaned in to look, and the whole scene was slighty exaggerated, with everyone jumping up and down. Today, there’s none of that. I blame social media.

Thanks to Facebook and Instagram, the two quintessential social media moves that follow your engagement are changing your Facebook status, and posting a ring selfie. It happens like clockwork. I choose to skip posting a picture of my ring, hoping to still have some jumping up and down in my life. Shortly after changing my Facebook status, I received a flood of “show me the ring” text messages. No jumping. Just a bunch of friends waiting for my Instagram post, which never came. (I didn’t have a conventional ring, and many people didn’t react well.)

After getting engaged, I started actively using Pinterest, which is the new (and improved) version of flipping through wedding magazines and marking pages with post-its. This was also different from how I’d envisioned things going. Not that Pinterest hasn’t been a lifesaver in wedding planning, but I was waiting for my Charlotte York freak out, sitting amidst a million wedding magazines. (I wanted that experience, though with less tension, and perhaps fewer magazines.)

And then there was dress shopping. I felt like I was letting everyone down because I didn’t have that fairytale moment that everyone writes a Facebook post about. I tried my luck at larger retailers, and some smaller boutiques but didn’t find “the dress.” I didn’t have that moment of walking out from behind the curtain, with a princess glow, while my entourage’s jaws dropped to the floor. Instead, I searched for dresses online while drinking wine by myself, and stumbled upon a website for small bridal designer located in Australia. I fell in love with one of their dresses (and their prices), but unfortunately, I couldn’t swing a roundtrip flight for my entourage and me to have that fairytale gown moment. I just closed my eyes, crossed my fingers and clicked “buy.”

I also bought all of my accessories, and stationery for the day, on the Internet. I did have one last card up my sleeve, the one event that could live up to my film, television, and Internet expectations: registering. I had a mental image of my fiancé and I walking around the store with those gun thingies, debating china patterns and playing hit man throughout the store. But alas, that moment was ruined as well. After weighing our options, we registered on Zola, which is an online registry. Registering was a lot more of us sitting side-by-side on the sofa, scrolling though options while watching “Seinfeld ” reruns, and a lot less hit man action.

All of my engagement dreams were shattered. Well, no, not really. I am marrying the love of my life, so that’s all that matters. But I really felt like I wasn’t having the exact experience I was supposed to have as a bride, simply because I wasn’t checking every social media action off of my list. Sometimes it feels like if you’re not posting pictures of you and your fiancé sampling cakes, or wines at a local vineyard, you’re just not doing it right.

I’m not naive enough to assume that film and television will change the way they portray wedding planning to reflect the changes that came with the digital age. At the end of the day, watching two people register for gifts while sitting silently on laptops is much less visually appealing than a couple running through Pottery Barn playing hit man. And no one wants to see 2015 Charlotte York sitting on Pinterest. But, on a personal level, I wish there wasn’t so much pressure to live out the picture-perfect Insta-bride dream.

Veronica Zabczynski is a writer living in LA. You can find her poetry on Extracts, Lost Coast Review, Painted Bride Quarterly or her blog, wordslikelace.com.