How My 20s Taught Me To Embrace Rejection 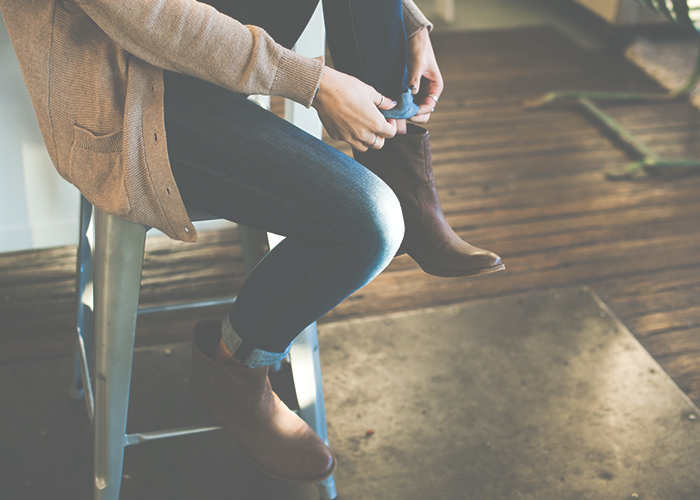 Sure, maybe all of these things won’t happen to you (or maybe they will… I mean, they’ve all happened to me), but I guarantee at least one of these situations applies to you. And that’s fine.

In fact, it’s more than fine. As much as it’s sometimes difficult to hear this, especially in the moment, these “rejections” are fortunate, and can end up being good news in the long run. It will always sting in the immediate, but sometimes the first job you apply for isn’t actually the job you would’ve wanted. Sometimes the wrong man/woman saying “no” leaves room for you to meet someone better.

Whenever I don’t get a job (or a guy… or basically anything), I swallow my pride and try to keep myself calm. There’s a reason for everything. If someone doesn’t want me, that’s okay. It’s hard to hear, but it just means that it wasn’t meant to be and now I’m that much closer to finding someone special, or a job that actually wants me.

Basically, I would rather be rejected and put back on the path to finding happiness than strung along on a ride where rejection is inevitably in my future. If it wasn’t the right fit, but I’d heard “yes” instead of “no,” it would really only prolong the rejection— whether I’m the one who gets rejected down the road, or I’m the one who’s forced to walk away.

If I get rejected from a job, fine. They weren’t crazy about me, so why would I want to be crazy about them? Why would I want to go work for someone who “wasn’t sure” about me in the first place? That would probably just lead to me being unhappy in the future, finding another job, and eventually saying “no thanks” to that job who was hesitant to hire me in the first place. The same goes for a relationship. Would I want to date someone who “wasn’t sure” about me? No.

When I was in college, I saw rejection as a challenge. When one of my ex-boyfriends pulled the plug on our relationship, I made it a point to get him to want me back. Not necessarily because I wanted him, but because I could not handle the thought of being rejected. I did stupid things — ridiculous things — to keep him involved in my life, but to my chagrin, none of it worked. All the while, if I’d just accepted the rejection to begin with, I could have spent all that time striving toward a relationship with someone else who did, in fact, want to be with me. I just couldn’t accept it at the time.

I know this is a tall order, but you honestly can’t let rejection get you down. You have to pick yourself right back up and use the rejection as fuel to motivate you to get what you want.

Plenty of successful actors, artists, writers, and athletes have been rejected countless times. JK Rowling watched Harry Potter get rejected 12 times before it was published. Walt Disney was fired from a newspaper because he supposedly “had no good ideas.” Michael Jordan was cut from his high school basketball team.

Those are three of the most successful people of our time and rejection drove each one of them to achieve wild amounts of success. These people needed to hear the word “no” to understand the power of the word “yes.” They needed to feel the lows to appreciate the highs.

The process might not be easy, but “easy” couldn’t exist without “hard.” You can’t find “easy” until you’ve faced the challenges that come first. So, when your ideas get shut down or your crush isn’t interested in you, move on. It’s the best thing you can do, and it’s also the only thing you can do. When things get tough, don’t let yourself get completely dragged down. Pick yourself up and let those challenges inspire you to work harder and love yourself a little bit more.

After all, rejection fuels passion and passion is what ignites life. Without passion, we are nothing. So without rejection, we’re pretty much nothing too.