How My Depression Nearly Cost Me My Financial Freedom 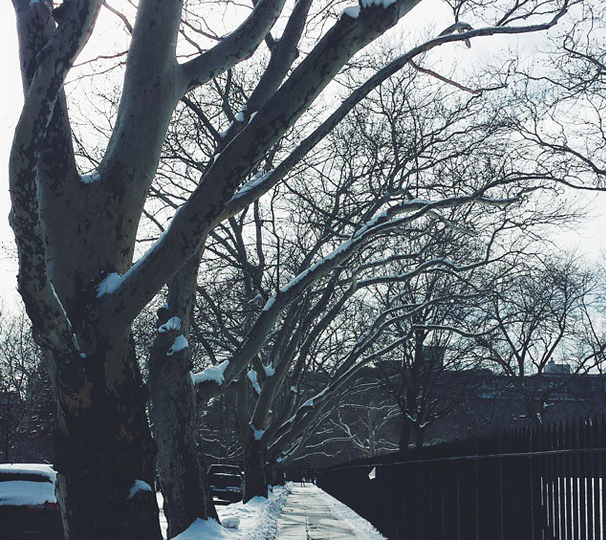 You’d be surprised how quickly bottles of cheap whiskey and Seamless will add up, but they do. You’re on budget, and suddenly you’re overcome with a terrible bout of depression, and everything from your personal life to your finances falls apart. I graduated college a year ago almost to the day, and in that year I have learned a great deal about the value of mental health. After forgoing my first media job in NYC to move back in with my parents, I was consumed by this feeling that I had failed in my life. My two part-time jobs I picked up once back home kept me busy, and I thought I was socking away thousands after months of back-to-back shifts. However, whenever I would check my bank account, I would be left with the realization that my self-worth tied in closely with my finances — and I was failing at handling both.

When I was depressed, I would spend hours on the internet, scouring for freelance jobs that would relaunch my writing career. Working until 3 AM each night, only to wake three hours later, left me exhausted and looking like an extra in a post-apocalyptic zombie film. I joined a gym with an 18-month contract right before the most serious wave of depression hit. When the dust had cleared I was left with a $30 a month gym bill and the motivation to get myself there once every few weeks. Although I tried to reason with the manager who had signed me up, being sad wasn’t enough of a reason to break a legally binding contract, so I continually paid for a healthy lifestyle I wasn’t living. Things began to turn serious when I found out the only way to get my mind off my stagnant life was to drink it away, so I began buying at least a handle of whiskey each week for a few “nightcaps” that would devolve into me crying myself to sleep.

When I talk about depression, people often look at me as if I am a liar. They look me up and down and say, “how can you be depressed if you’re always smiling!” But thats the most innocuous thing about depression: it disguises itself in numerous and sinister ways. People thought I looked tired, but they had no idea the depth of the sadness that ran through me. I began buying clothes to pour my self-esteem into. I began to go out to bars in the hopes of meeting friends only to ring up a large bar tab by myself and an expensive Uber ride home alone. My self-medication ran the gamut from buying shirts I couldn’t afford to hide what, in my mind, was a growing “whiskey gut” to buying snacks at the gas station because I truly felt I needed them.

The most serious hit my finances took during this time were my grocery bills. I had originally budgeted out $50 a week for standard groceries to nourish my body, but the idea of going to a grocery store where I could potentially run into an old high school friend left my paralyzed. What would I say when they asked me why I wasn’t in NYC writing at the National Enquirer like I was supposed to be? How could I have explained that situation to someone I had been steadily feeding social media affirmations daily on Facebook? Instead of buying things in bulk, I turned to Seamless. I began ordering Chinese twice a week, Thai at least once, and stealing frozen pizzas from my parent’s freezers on nights I felt like being frugal. My self-esteem, linked to my body, began to deflate as I filled myself with crap food. My bank account was a shell of what it should have looked like, given the number of hours I was logging both making lattes and selling over-priced crop tops.

I know my situation isn’t unique, since over 9% of the United States suffers from depression, and perhaps even a greater number, since the stigma surrounding the mental disorder is so prevalent. I also know that my spending habits were nothing by my own fault, perpetuated by my denial that I had my life under control.

After landing a new writing job in Los Angeles, I had only a month and a half to handle my debt and move myself across the country. I began seeing a therapist who was able to get my anxiety and depression in check, and I began to see clearly just how dire of a situation I was in. Months later, I feel fulfilled and happy by my career. I am able to look in the mirror and see someone I recognize, instead of the hideous monster I was used to seeing looking back at me.

But although life seems to have taken a 180 degree turn, I’m still pulling myself out of my financial situation. I still deal with worrying about budgeting and if i’ll be able to pay rent, and if I really need to go to happy hour with my friend or if i’m just having a bad day. The truth that so many people are shy to talk about is just how intrinsically linked our self-worth is to our finances. I used to be terrified of answering my phone when a bill-collector was calling, because not paying my bills was just another failure I was afraid to face. I’m not afraid to answer those calls anymore, and i’m not afraid of shopping for groceries instead of pouring my money into fast food. When your mental health is in order, you’re able to see your life more clearly for what it is. When you’re at peace with yourself, you’re able to go after the life you want including finding your way out of the financial nightmare your mental disorder has put on you.

Shawn Binder is an essayist currently living in Los Angeles working as the Lifestyle editor for Guff.com. He is on Twitter.