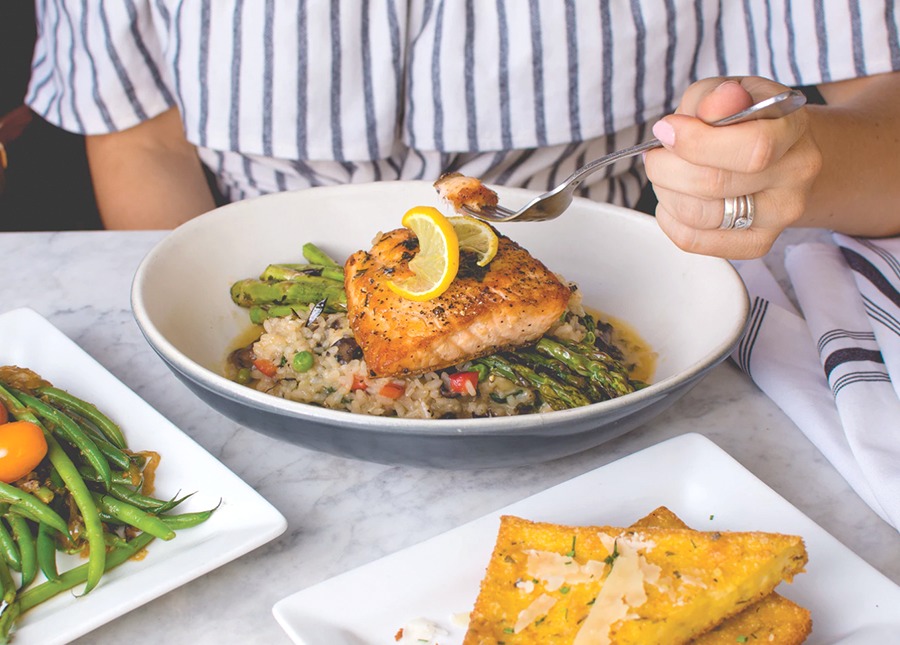 Disclaimer: This post discusses depression, anxiety, and eating disorders. Please only continue reading if you feel it is healthy for you to do so.

My junior year of college was a dark time for me. Riddled with self-doubt and an overwhelming workload, I started having one of the worst depressive episodes to date in my life. It was like nothing I had experienced before. Every morning before class, I would take the longest time to get myself out of bed. In my mind, nothing seemed worth living for, so what was the point of doing anything? I felt like I didn’t deserve to be at NYU, where I got my Bachelor’s, and that I was admitted because someone in the admissions office pitied me — not because of merit or any special qualities.

As someone coming from a low-income background, being at such a prestigious school filled with uber-privileged and well-off students intimidated me. Everyone seemed smarter, more advanced, and more self-aware than I was. They were able to articulate themselves so well, were well versed in lofty subjects (I didn’t even know what “feminism” meant prior to college), and were incredibly refined people. Meanwhile, I was just a young awkward black woman with a semi-decent high school education and barely any money to my name or my family. I couldn’t have been more of an outsider. Or at least, that’s what I constantly told myself.

That negative self-talk eventually gave way to some terrible habits: Insomnia, lashing out at friends, and binge-eating. Food became my source of comfort. Afraid and ashamed to seek help, I turned to it in my lowest moments. At first, I didn’t think anything of my eating habits. It started with me ordering red velvet cake from a diner across the street from my dorm virtually every other night to satisfy my sweet tooth. Then, I started ordering two dinners all the time. Eventually, it became so bad that I was scarfing down meals fit for a family of four at random times on a daily basis. It wasn’t uncharacteristic for me to consume a burger, fries, waffles, hash browns, and multiple cups of soda in one sitting. In fact, that became my go-to combination.

Seamless, GrubHub, and every other food delivery service you could think of became my best friends. They enabled me to get as much food as I wanted to eat in the comfort of my room away from the judgmental stares I’d inevitably receive in a restaurant. When I was around food, all of my worries disappeared. It didn’t matter that I was eating to excess and pushing myself to my absolute limits (I constantly ended up with digestive issues) — sitting at my desk with copious amounts of food was where I felt safe, like I belonged, where no one could judge me.

“Some people feel ashamed to reach out and get help for their binge eating because they fear judgment,” licensed psychotherapist Rebecca Capps explains. “Another reason why a person might hesitate to ask for help is that they feel shame and guilt over having little to no control over food. They believe that they should somehow ‘work harder’ when it comes to dieting, which then leads to a vicious cycle that leads them right back to patterns of binging.”

I refused to deal with my emotions surrounding my self-worth and how I was feeling at school, so I ate and ate and ate until the point of sickness, thinking it was the salve I needed. It wasn’t. My anxiety only intensified. And as my waistline grew and I began packing on pounds, I dipped further into a depressive funk. My funds also began depleting, leading me to rely on a credit card I had acquired solely for emergencies. Unsurprisingly, the higher the balance got, the more I’d consume. It didn’t matter that everything in my life was going awry — I had this insatiable hunger that couldn’t be satisfied, officially spiraling out of control with an eating disorder that couldn’t be stopped.

In our culture, we talk a lot about other food-based conditions like anorexia and bulimia, but not enough about binge-eating disorder and the toll it can take on someone. If I was aware that it even existed, maybe I would have recognized the signs in my own life sooner.

According to the National Eating Disorders Association, binge-eating disorder is characterized as “a severe, life-threatening, and treatable eating disorder characterized by recurrent episodes of eating large quantities of food (often very quickly and to the point of discomfort).” As reported by the Cleveland Clinic medical center, it’s the most popular eating disorder across the nation. Roughly four million Americans have it, and yet I don’t hear people speaking about it often — that’s why I wanted to share my story today.

My rock bottom came when I maxed out my credit card to the tune of $4,500. (I know — I can’t believe it, either.) My attempt to get my bank to increase my credit limit, thankfully, failed. I could no longer keep going down this destructive path of stuffing my face with food just because I didn’t like myself. My body and finances had had enough.

When I look back at some of my college years, I still can’t believe I let myself get to that point. But it happened, and it’s about time for me to own up to the past and truly face all of those factors that precipitated my binge-eating disorder in the first place. I’m finally in a place where I recognize I have an unhealthy relationship with food, one that I need to deal with for the sake of my mental and physical health — and my wallet. While I have a better handle on my binge eating, there’s still a lot of room for improvement. So I’ve started going to a local chapter of Overeaters Anonymous, where I can speak openly about my struggles in a welcoming and judgement-free group setting. I’ve also started paying down my credit card balance (I should actually be done with it by the end of this year) and making it habit to speak openly and honestly with friends and family about my low moments. I deserve to feel happy and healthy, and I’m working on getting there.