How My Financial Situation Made Me Accidentally Sober 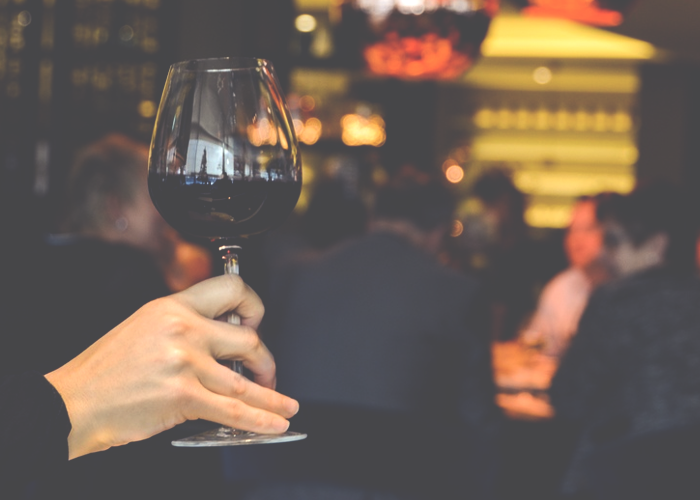 Last night I went to a bar with two friends to catch up. I just moved back to Denver, so I’ve been making the rounds, usually meeting at a bar or brewery because that is what you do in Denver. We all sat. I ordered a root beer.

“Nah, not tonight,” I said. Not tomorrow either, though.

I guess I would say I’m sober, but the connotation that comes along with that isn’t necessarily one that fits for my situation. I am unintentionally sober

, or at least, it’s only partially intentional.

At the start of 2015 I decided to cut back on my drinking in an effort to save money. A quick look at my finances showed that I spent more on alcohol related things (Uber rides, bars, late night food) than anything else, so it was an obvious problem-area to target. I didn’t think anything of it, except that I could save money and it would be a good way to control my drinking. I never drank alone, and I only drank on the weekends, but when I did drink, I did it specifically to get drunk. I was 24, though, and I figured that blacking out on the weekends was normal.

The first time I was at a party and noticed how uncomfortable I was not drinking was in February. My friend’s birthday was a game night, and there were about 15 of us. Someone offered me a beer, and when I said no, she did a double take.

But I declined. My best friend caught my eye, but I wasn’t sure if it was in support or judgment. I smiled at her, nodded that I was fine, and poured myself another shot of water for flip cup.

I ended that night feeling really good. I don’t remember a time before the new year that I went to a party where people were drinking and I abstained. I didn’t always get wasted, but I had a drink or two, at least, and I inevitably always woke up nervous that I had embarrassed myself. (Usually, I was right.) That next morning in February, though, I woke up without a guilty conscious. I was in my own bed, because I was able to drive home, and I didn’t have to check my bank account.

“So are you never going to drink again?” someone asked me in the middle of April. Since February I had been drunk a couple times for events, but otherwise had remained completely sober. The few times I drank, I got drunk, but it only took a few drinks because my tolerance was so low. Still, when I did indulge, I somehow still spent an insane amount of money.

“I mean, you aren’t an alcoholic,” the same friend pointed out.

“I’m trying to save money.” This was my go-to excuse. I started the year trying to save a buck, but sometime in March I realized that I had never given sobriety a chance. I assumed being drunk was more fun, and because I am someone who doesn’t understand the definition of “moderation,” I never stopped drinking early in the night.

When you tell people you don’t drink, though, it comes across like you think that you are better than they are. The truth is, I don’t trust myself to stop, and I’d rather be sober and having fun than nervous I will get wasted and be that girl again.

It is July now, and I have not had a drink for a month. I know that I no longer want to get drunk, and between the cost and the calories, even having just one drink is not worth it. I have honestly never had as much fun as I am having now. I love when my friends get drunk, because they are hilarious, especially if I get contact-drunk and can act just as goofy. I am a perma-designated-driver, which can be lame sometimes, but I usually get a free root beer out of it, and it guarantees that everyone is staying safe. Most of all, though, I am in control of my actions.

Something I learned from not drinking is that it is more awkward for other people than it is for me. It happens the moment that people realize you aren’t drinking. I used to be the same way, I would watch the person order a water or soda, and my first thought was, “We’re not all on the same page.” I didn’t like getting drunk around people who I thought might judge me. Now I have become that person, the silent observer, and there is no getting around it.

I don’t know if I’ll continue being sober, or if I will start drinking socially again. For now, I know that I am enjoying myself. It has been seven months since I blacked out. I can say confidently that I wouldn’t have made this change without the financial incentive, but what I’ve learned about myself in the process is worth it regardless.

Lilly is a writer with a third of her possessions in LA, a third in Denver, and a third in Michigan. She enjoys writing, listening to the radio, and riding her bicycle.