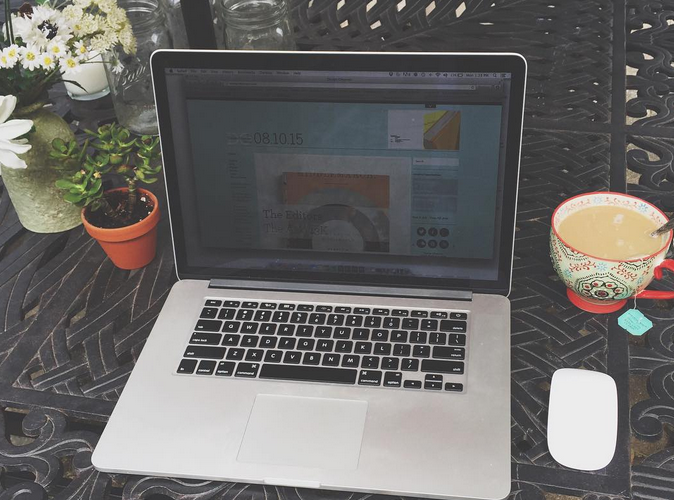 Currently, I’m in the middle of a career change to become a teacher, and part of the reason why I’m doing it is so that the government will forgive my student loans. I’m fortunate to be in a position to (potentially) take advantage of this program, and while my choices in life have been constrained by my debt, that same debt has also helped lead me to a career path that I think, after much initial hemming and hawing, is actually the right fit for me.

I graduated from college with a B.A. in English, so I was used to fighting off the “So…you want to be a teacher?” question all English majors inevitably must face. I did not want to be a teacher  —  the life of grading essays and parent-teacher conferences just seemed so prosaic. What I wanted to do was make a “big impact” on the world, even though I had no clear idea of what I actually hoped to accomplish. I had always been a high achiever in school, and thought the world had an exciting, fulfilling position just waiting for me. All I had to do was keep my record clean, my GPA high, and eventually that rewarding career would be mine.

So I did what so many directionless but high-achieving humanities majors have done before me — I went to law school. While I wasn’t overly ambitious, I figured that attending the best law school I could would “open doors” for me, thinking, as I heard from so many people, “you can do anything with a law degree.” Even something other than work as a lawyer! After working a few tedious jobs both before and during college, I imagined that a law degree would set me on a path towards that promised land of a fulfilling career for me, dedicated to rewarding service for others.

Whether this actually would have happened, I’ll never know, because I left law school after one year. Over the course of that year, it became increasingly clear to me that the world hadn’t gone out of its way to prepare for me a lofty position from which I could simply “make things better.” Instead, I was probably going to end up in a job behind a desk in an office doing something of questionable social utility for 10–12 hours a day.

I had this impression that I’d been promised a rewarding, personally meaningful career if I always worked hard in school. Realizing that this wasn’t necessarily the case felt like the promise had been broken. I felt removed from the life I wanted to live, without any idea of how to get there.

After several tough months, and with the help of my parents and a school therapist, I was able to regain a sense of clarity and control once I decided to leave law school, and reached a much healthier state of mind by the time I was packing up and heading for home. Of course, now I was bringing with me a substantial student loan bill to the tune of almost $60,000 (did I mention law school was expensive?), and no degree to show for it.

I knew the monthly payments on the standard repayment plan would be too much for me, so I signed up for income-based repayment (IBR), a program available to borrowers of federal student loans. As the name indicates, IBR ties your monthly payment to your income. Lower income means lower monthly payments, regardless of the total amount you owe. With IBR, my income when I first left law school was low enough that my payments actually started out at a cool $0 per month. While this was great for my savings, it was not so great for my ballooning debt load. Even when my income rose to the point where I had to make actual payments each month, the amounts were still so low that they didn’t even cover the interest.

In addition, one of the “perks” of IBR is that after 25 years of payments (or 20 years for the newer Pay As You Earn plan, which is similar to IBR except it caps payments at 10% of your income rather than 15%), the remaining amount you owe is “forgiven” — no future payments required.

But forgiven doesn’t mean forgotten. As the program currently stands, this forgiven amount is counted towards your federal income taxes for that year. So if you’re making $50,000, and you have a $50,000 remaining loan balance the year your loans are forgiven, all of a sudden your income is counted as $100,000, even though you actually only bring in half that — and now you owe the taxes on this significantly increased income, making IBR a ticking “tax time bomb” for many.

What’s more, since your payments are stretched out over such a long period of time, allowing more interest to accrue, you end up paying more money in the long run than you would under the standard payment plan. For the relief from exceedingly high monthly payments, you ultimately pay a steep price.

A couple years after leaving law school, finding a meaningful career track had proved more challenging than I thought it would be. I’d worked a couple of unpaid public relations internships while in college, as well as another one after leaving law school, but was unsuccessful in landing a paying gig. I was fortunate to eventually be offered a legal assistant position at a local financial firm, but after working there a couple years, still steeped in debt and frustrated with still working a job that was just a job, I began to explore ways to pay down the balance and find more purpose in the work I did every day. Though I’d learned from my experience in law school that the world wasn’t waiting for my help, I figured the underlying impulse to find work I felt truly invested in was still a worthwhile goal.

But student loans put a bit of a drag on that vision, or at least so I thought. Going back to school, and taking on even more debt, seemed out of the question. I was getting married, and didn’t want my debt to be an anchor on my fiancée and me just as we were beginning our life together.

After considering and rejecting several career ideas, I decided to attend an open house at a local graduate school of education. Though for years I’d insisted, sometimes angrily (sorry, mom), that I did not want to be a teacher, I realized that the positions I’d held that had brought me the most satisfaction  — helping kids with disabilities learn to ice skate and coaching high school track athletes  —  involved using my skills to help others develop their own abilities, as well as their confidence. Both my fiancée and my mother are teachers, and while I’ve seen how challenging the job can be, I know how rewarding it is for them to see their students understand a new concept, or accomplish something they didn’t think they could do. That was something I’d experienced previously as a volunteer and coach, and something that seemed worth working hard for.

Of course, there was another factor that made teaching attractive — the Public Service Loan Forgiveness program (PSLF). Recently featured on The Financial Diet, PSLF forgives the remaining loans of people working public service jobs (including teachers) after ten years of income-based payments, as opposed to 20 or 25. Even better, the forgiven amount doesn’t count towards your income taxes.

The PSLF program puts an end in sight to my student loan debt, and also gives me something specific to strive for  — more financial freedom and the chance to work towards a more fulfilling career. For someone who has had difficulty committing to a path in life, this has brought me a sense of purpose I’d previously been lacking.

Of course, it’s a matter of faith that this plan will work out. The PSLF is a program created by the government that the government could choose to end if it wanted to, leaving me burdened with even more debt after heading back to graduate school. In addition, the teaching profession is in a state of flux, and I could have problems finding a job, or maintaining one for ten years.

Despite the risk, I’m glad I have the chance to pursue a career that’s meaningful to me, and hopefully will benefit others. I’m not so concerned with making the ambiguous *big impact* anymore, just concrete steps towards small improvements. I’m anchored by my debt, but feeling tethered to one pursuit has helped me become more focused as well. I recognize that it takes a certain amount of privilege and maybe some magical thinking to view debt in a positive light, but I’m trying to do the best I can with the options available to me. And if nothing else, the world may not need my help, but it definitely didn’t need me as another unhappy lawyer.

John Schnitter is earning teaching certifications in high school English and special education. You can follow him on Twitter.