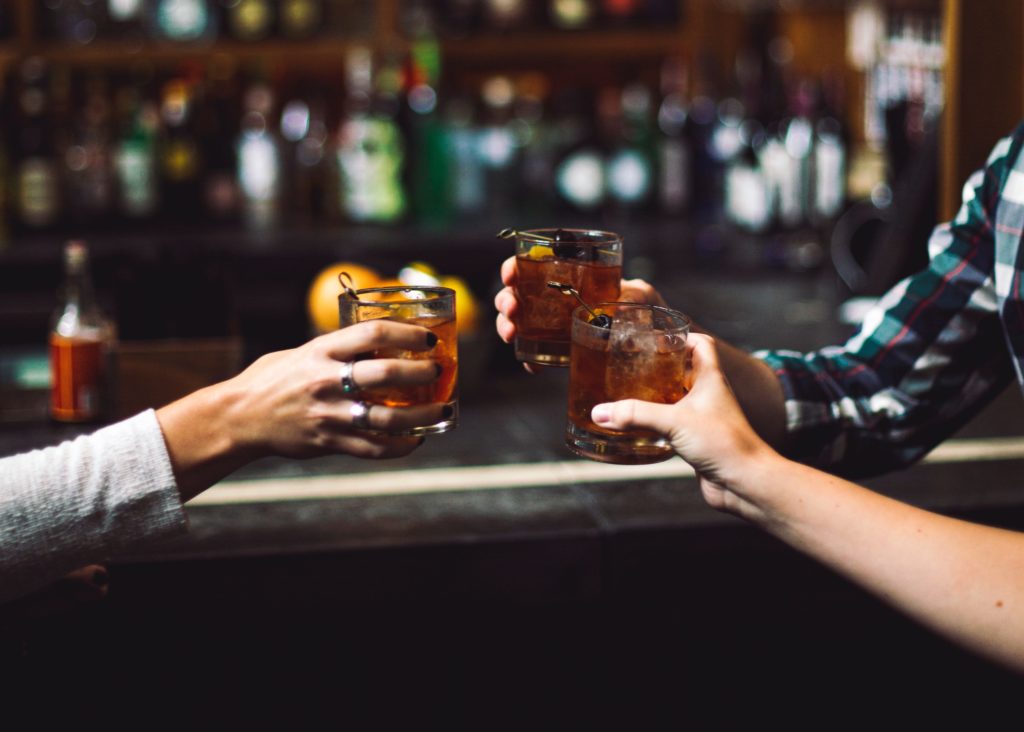 In a world where most people are living for the weekend, there are a lot of expectations for Friday night.

Have you ever found yourself at a bar, bloated and buzzed, plotting when to make your escape, but relieved that at least you’re out? Or, how about that pang of discouragement (tinged with relief) when the last friend you tried texting to hang out after work says she’s busy?

This is not what Friday is for.

For a long time, I was kind of obsessed with making sure I had “plans” for Friday (and/or Saturday night). From Sunday to Thursday, I was perfectly content spending my evenings at home — in fact, I went out of my way to make sure that’s what I was doing so I could get chores done, work out, go to bed early, or work on creative projects. Yet, doing the same on Friday or Saturday felt like I was doing something wrong.

When I moved to a new city for a new job, I would stress when coworkers asked about my weekend plans if I didn’t really have any beyond making soup, doing some yoga, and watching a movie. I’d spend the time leading up to Friday trying to track down whoever was free, largely so I didn’t have to face that internal judgment — and (imagined) external judgment — I was afraid of. Yes, many times I genuinely did want to go out with people, but often it was more what I thought I was supposed to want to do, given the day of the week.

The truth is, sometimes after an especially busy and socially-stimulated week in the office, all I want is an evening to chill the heck out alone. But on a Friday night?!

As woo-woo as it sounds, I’ve realized the expectations of Friday night had a lot to do with a yearning to “fill my cup” with the positive energy that socializing and doing things with no purpose other than to have fun provide. When we’re grinding it out every single Monday-Thursday and not allowing ourselves a little freedom and spontaneity, no wonder we feel the need to shake things up with something “exciting” come the sweet, sweet release of Friday.

But we should do it because we want to, not because we’re convinced society tells us to. And who said baking cookies and Netflix and chilling solo wasn’t exciting? Don’t get me wrong; I do enjoy a night out for drinks when I know I can sleep in the next day, but I enjoy it more if it’s done occasionally. I also thoroughly enjoy going to bed at a decent hour with a bell full of home-cooked food.

Besides, I’ve realized more people than Instagram led me to believe are also spending their fair share of Fridays chillaxing at home. It’s kind of becoming the cool thing to do — right?

So why not work out and make soup on a Friday night and go to happy hour or a hockey game on a Monday? Depending on our individual responsibilities and commitments, of course, there could be four other evenings during the week we use to get out and simply have fun. Plus, weekday socializing is less likely to include alcohol than Friday, which means less mindlessly blowing money on another round of beers just cause “hey it’s Friday!” and less waking up to that dull headache we really didn’t need.

I get it. After a long, busy day at work, knowing you’ll have to get up and do it all again the next day can put a damper on your desire to make plans. But maybe that is precisely why we should make midweek plans with friends more often.

As I started to carve out my space in this new city and this new job, more work and social outings organically started to pop up during my Monday-Thursday evenings. At first, I saw this as inconvenient and tried to figure out how I could restructure things to fill up more Fridays instead. But it turned out to be the nudge I needed to help blur the line a bit between weekday nights and weekend nights.

For example, I decided to join an intramural volleyball league this fall and, while I was excited, at first I was worried about it being a nuisance to my weekday evening routine. But now I genuinely look forward to it each week — to the laid back socializing of it all — just as much as I would look forward to a Friday evening outing. Having that time built into my week to break up the Monday to Friday grind is just nice.

It doesn’t have to be anything big, and doesn’t have to be a late night. Heck, do it midday and plan the odd lunch date with friends for something to look forward to beyond your usual breakroom surroundings. Weekday socializing also tends to be easier to “schedule” because most people’s weekdays are structured quite similarly week to week. Plus, this is when organized clubs and teams tend to hold their events.

This isn’t to say I’m out socializing most weekdays — far from it — but it’s enough to make a difference. When I allowed myself to sprinkle in a little extra spontaneity during the week and leave some productive routine things to the weekends, I found myself worrying less about what the heck I was going to do come Friday at 4:30 PM. If I’m able to get a few people together to hang out, sweet. If not, well the gym, an evening cooking at home, and that article I’ve been meaning to write also sound pretty great.

Taking the pressure off Friday night allows me to do what I truly want to when TGIF rolls around, whether that means curling up with a Stephen King novel or downing tequila shots with friends. If “plans” don’t pan out (or I don’t feel like making any that involve leaving my apartment), I’m still left with a precious evening to enjoy however the hell I wish — what a gift, right?

I’m writing this on a Friday night, in fact. I’ve been looking forward to hunkering down to do it all week. Last night was the work Christmas party, and my cup was sufficiently filled with social good energy (and a few glasses of wine). I may meet up with a friend tomorrow night, but I also have some laid pack plans with a few girls Sunday evening (scandalous, right?).

Friday night is such a tiny fraction of our entire week and when we start living for it, the weeks can fly by too quickly — or we start wanting them to. And, while this feels harmless at first, living for the weekend can really take a toll. So, take some pressure off Friday night, fill your cup however, whenever feels best, and try to spread a little of that Friday feeling throughout the rest of each precious week.