How My Partner’s Layoff Made Me Good With Money 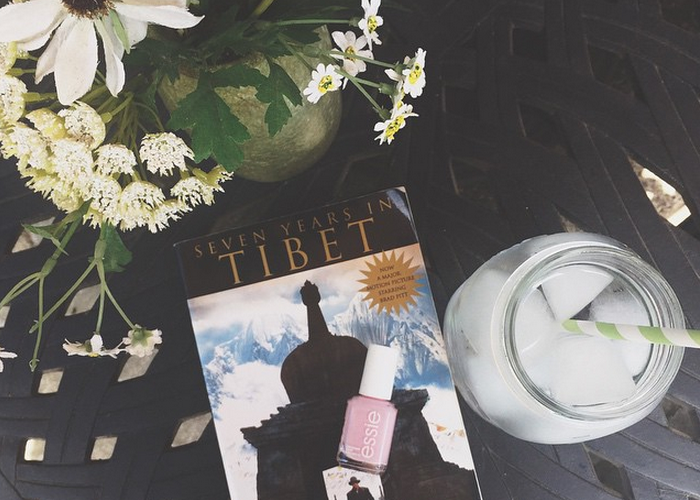 About two months ago, my partner lost his job. He had only been there for about six months when the company realized it had hired too many people and fired 20 people in the span of one morning. Brutal, but all things considered, we got lucky. Most of the people who were let go had families, children and/or mortgages, and had been working there for a long time and thought they were on track for a promotion. My partner and I have no children, we aren’t planning anything big in the near future like a wedding or a big trip, and our rent is incredibly affordable.

All that said, being a one-income household isn’t easy. We had been single-income when he had first graduated from his Master’s program exactly one year ago and it had been rough going. The job hunt that ultimately resulted in the job he has since lost was a six month-long process during which my paycheck was all we had to run on. My job hunt had taken place the year before and had taken a full year, during which time I had worked at a bookstore and managed a sum total of zero savings. It ultimately resulted in the marketing job that I hold now, but to be one year out of college and have nothing in savings was not what we had anticipated when we made our grand plans for the future. I make more now than I thought I would be making this early on, but I still make nowhere near what most two-person households need to live on, especially not in the city.

When my partner called me with the news, my first response was panic. For the six-month period during which we were both employed, we lived comfortably beyond our means. We would stock our liquor cabinet with quality drinks, we undertook a huge renovation project on our apartment, and we never took that attitude of “we can’t afford to do more than this” when it came to buying gifts for each other or our friends and family.

Even though we were never poor, we weren’t making enough to realistically be spending the kind of money we were spending on non-essential things. And yet, we did. When my partner lost his job, I had a sum total of $250 in my savings account, and a credit card bill that was at two-thirds of my credit limit, spent mostly at IKEA and the local wine shop. This was after a full year of employment and an obnoxiously low cost of living expenses (hooray for rent control). The panic was equal parts justified and totally unreasonable. The fact of the matter was that we could have been saving money all along, but we had opted for a comfortable lifestyle instead. My panic wasn’t coming from the fact that we were in trouble, but from the immediate realization that we were going to have to make some huge adjustments that just weren’t going to accommodate what we had grown used to as our lifestyle.

That realization wasn’t actually out of the blue, the job loss was just the catalyst for it requiring immediate implementation. Every now and then my partner and I would have “the talk” as it pertained to our financial goals. I would look at my bank account the day before my next paycheck was coming in and have a panic attack, insisting that we needed to re-evaluate the way we were handling our money because it wasn’t right that we had so little left over each week. I wasn’t ignorant of the fact that we were being incredibly irresponsible. It terrified me that my savings account was a joke and my credit card was borderline-unusable because I had clogged up so much of my available limit, but it wasn’t terrifying me to the point where I was leaving my credit card at home to stop myself from using it.

It was the scariest thing in the world to me that if we decided we wanted to do one of those big things like take a trip or get married, which weren’t out of the question, that we would need at least a year or two of preparation time just to save up the money to do it. But it wasn’t scary enough that I was putting the money that I spent on throw pillows into an account to be saving towards those goals. Our situation didn’t feel like it should be the reality for people who were living a life as comfortably as we were. But the real reality is that we were choosing immediate comfort over a comfortable future. Neither one of us, it turns out, are very good at turning on the mentality of “just because I can does not mean that I should.” And that had become a problem.

When we got the news that he had lost his job, I realized that we didn’t have the luxury of ignoring that mentality anymore. We collectively underwent an automatic and unwelcome shift to “just because we want to does not mean we can.” I thought it would hurt to adjust to that place, but the biggest surprise for me was that our lifestyle actually changed very little. We had spent the past year living our lives how we wanted, but living our lives in a way that felt productive felt even more amazing. I started checking my balance daily and forcing myself to think of how much was in my checking account in terms of how much of that I could realistically put away instead of immediately thinking of how many more things I could do with it in the short term. I went from seeing the money in my account as potential experiences and purchases to seeing it as potential future planning. In the almost two months since the unfortunate turn of events, my savings account has more than doubled. I paid off my entire credit card bill. And we still managed to take a reasonably frugal but incredibly fun weekend trip up the coast, something we had been claiming we couldn’t afford the whole time we were both working.

Saving money is difficult, but the reality is that it is a mentality as much as it is a skill. As a skillset it is something I am incredibly lacking in — in fact, I’m fairly delinquent. I am terrible at having that running inner calculator telling me at what point my bar tab is going to exceed my Mint budget for food and drink for the month, or at convincing myself that going to the Market Basket instead of Whole Foods will actually save me money (which of course it will). I am so good at talking myself into a few extra bucks here and there, and ultimately it is that mindset that makes it impossible to save. When we were both working, I thought about saving money all the time. But with my brain still wired for “but I can,” I still stopped at Starbucks on my way to work almost everyday.

The mentality that has saved me money has been convincing myself not that I shouldn’t, but that I can’t. There’s an element of skill to saving money, but it’s not one that I have. Losing half of our income was an unfortunate turn of events, and of course I’m hoping every day that our luck will turn around sometime soon. But the truth is, we have never been more comfortable or happier, or less stressed about money, since he lost his job. My partner is taking his time looking for a job that he is excited about, rather than having to scramble to find any work he can just to be getting a paycheck. We’re not just managing, we’re actually doing well. I’m not saying you should have your partner quit their job to learn how to manage your money, all I’m saying is that it has worked wonders for me.

Emmery Brakke lives in Boston, where she works in event marketing and produces a women’s film festival on the side. She is on Instagram and Twitter.