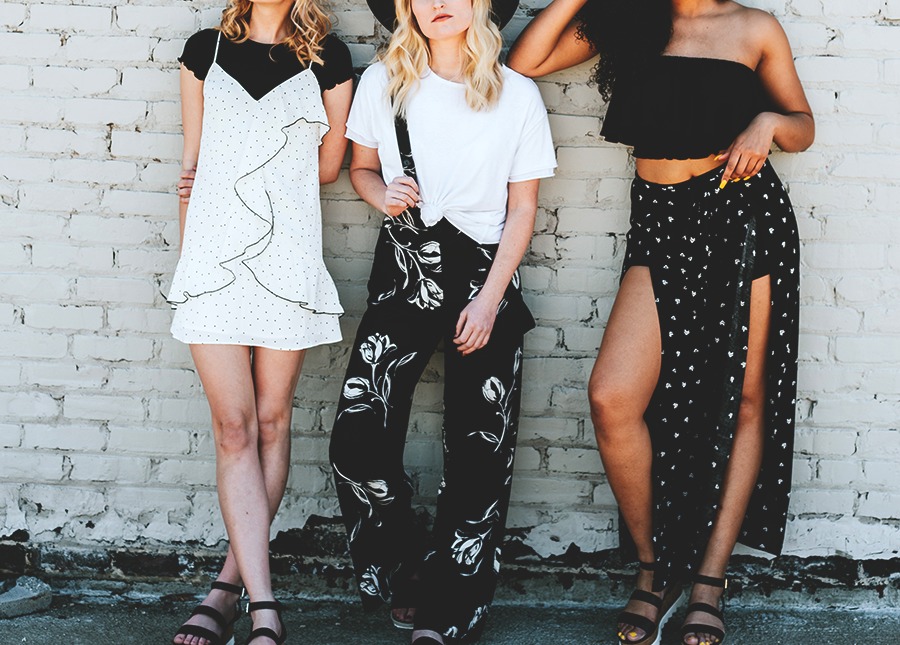 Earlier this month, I strolled through my apartment one last time, blaring “Vienna” by Billy Joel, trying to remind myself why I was leaving New York City. I thought about all of the experiences I had — all of the bad dates, late-night Seamless deliveries, and brunch — so much brunch! But deep down, I knew that leaving my dream city was the only option if I ever wanted to accomplish my financial goals.

The decision to leave New York wasn’t easy. I’ve always envisioned myself as living in a large, urban environment where I could ride the train, people-watch, and have access to hundreds of free and low-cost entertainment options. When I graduated college last year with $52,000 in student loan debt, I knew that it was a lot of money — and that I would have to pay it all — but reality didn’t really set in until after my grace period was over in January. I was taking home $52,000, but with nearly a third of my income going to taxes, half going to rent, and the general high cost of living, money was always tight.

I was in denial for a few months. I would make attempts at reducing my spending, only to justify going out to eat or buying an $8 matcha latte because I lived in New York, dammit! It also didn’t help that most of my friends were in similar situations, living paycheck to paycheck and making even less money than I was. Nearly 80% of Americans live paycheck to paycheck, which is why my experience isn’t an outlier — it’s the new normal.

I know what you’re thinking. Kayla, why couldn’t you stick to a budget? What if you just lived frugally and stopped buying matcha lattes? That’s clearly the logical answer — reducing my expenses — but the psychology behind why I was spending so much took months of therapy and self-realization to unpack. My story of how I came into so much debt goes back, way before college, to when my parents got divorced in 2008.

Before my parent’s marriage ended, I didn’t really have a concept of money. I lived in a gated neighborhood next to an infamous politician and the heirs to major construction and furniture companies. My mom would take me through the Starbucks drive-thru every morning before dropping me off at school. I went to cotillion classes to learn how to waltz and which fork to use. I got a bass guitar to emulate my favorite pop-punk bands — just because.

I was an incredibly privileged black American. And then the financial crash happened.

My parents got divorced. My dad sold his business. I went from granite countertops and my own bathroom to off-white particleboard and food stamps. My mom had to get a scholarship for me to go on an out-of-state high school band trip to California. I saw my classmates get new cars for their sweet sixteens while I watched my birthday present — a DVD of X-Men: First Class.

As a snot-nosed 16-year-old, this was literally “the worst thing that could happen,” even though I still had a roof over my head, food in my belly, and clothes on my back. When I finally turned 18, I got my first credit card and vowed to make up for lost time. I maxed it out within a week. After high school, I took a gap year, when I worked a temp job at a collections agency and folded towels at Bed, Bath and Beyond — an experience that only made me resent the financial situation my dad had put our family in even more. I watched as my high school peers came in to purchase $300 bedding and $25 hand towels for their college dorms while I ate my can of soup in the sad little break room upstairs.

I was incredibly bitter, and the only way to get rid of the feeling was spending. After doing a year at a college outside of Chicago, I transferred to a private college back in Texas.

I was able to get almost everything paid for through grants from the school, but I was short $12,000 each year. By this time, my dad was financially successful again, and on paper, the school said he should have been able to pay.

But he didn’t. In that moment, my dad taught me an invaluable lesson that things will never be handed to me, and that I would have to learn financial responsibility myself. He told me that I won’t always have my parents to fall back on, and that I would have to either take out the loans or go to a cheaper school. So, I made the costly choice to take out the loans. Thankfully, my education was all covered by federal loans, but it still left me with a $52,000 bill at the end of the experience.

In the back of my mind, I was always still searching for that teen girl who used to not worry about money. I would worry about the debt once I graduated. When I accepted my first job, I thought that things would finally change. And for the first six months, things were great. But habits that have developed over the last ten years don’t just disappear overnight, and a grace period only last for so long. Moving to a city like New York was probably the worst thing to happen to my financial health because I kept feeling like I needed to buy my way out of my childhood. There were times when I would blow through a paycheck in less than a week (on what, I wouldn’t be able to tell you), only to call my mom — who made significantly less than me — because I didn’t have enough money for groceries.

If anything, making that much money made me spend it even more frantically. $75 for brunch? Sure, why not. $400 at Loft during a seasonal sale? Put it on the credit card.

At that point, I had almost $4,000 worth of credit card debt between two cards and was paying $600 a month towards my student loans. I was drowning. I started seeing a therapist to deal with my growing sense of anxiety and the panic attacks I was having. It was also when I started to question if I was in the right career. I loved my job and the work we did, but the constant need to always be on-call, to always put an OOO reminder on the weekends, or to stay late at a moment’s notice was getting to be overwhelming. My therapist helped me work through where my desire to spend recklessly came from, and correctly identified that my high-stress job was fueling a cycle of depression and overspending.

Frustrated and depressed, I finally did the math in April 2018. I saw that I could save over $30,000 in two years just by cutting my rent. If I also got thrifty with my spending, I could become debt-free, and I would have the financial freedom to move back to New York — or to wherever I wanted — before I turned 26. I started to put together a plan, which involved leaving New York and moving back in with my parents. I quit my full-time job to become a contractor, where I could work fewer hours, make the same amount of money, and have the flexibility to work remotely.

Moving back to Texas allowed me to bring home more money because I would no longer be paying state and local taxes. And I had to accept that the carefree teen girl I had been chasing all these years through expensive “experiences” didn’t exist anymore. I needed to accept that despite all the wealth around me — in high school, at college, in New York City — wasn’t mine. It would never be mine, no matter how many credit cards I maxed out or fun, spontaneous trips I took until I started to work for it.

Instead of focusing on what I don’t have, I try to be grateful for all of the things I do have. Because in many ways, I am still so incredibly privileged — it just took a while to realize it. I am incredibly close to my family. Moving home doesn’t feel like a big, awful experience, but an opportunity for me to watch my half-brother grow up and remain close to my brother and sister. I have a job that provides me with the flexibility and income I need to actually start working towards my debt. My insurance covered my therapy sessions so that I could actually work through my financial and emotional baggage. I have a healthy body, a strong support system of friends, and the confidence to put myself in new situations.

So, how can you learn from my costly mistakes?

Be honest with yourself.

No, really. The longer you keep lying to yourself about why your spending is out of control, the more you’re just digging yourself into debt. It may also be worth it to look into therapy. I know, depending on your insurance coverage, it can get a bit expensive, but there are still some affordable options available. The internet is a powerful tool, with platforms like 7 Cups and Talkspace that allow you to talk to someone from the comfort of your home.

Be honest with others.

This one takes a lot of courage, so it’s okay if it doesn’t happen right away, but you need to open up to others. I’m not saying you need to get into the exact specifications and whip out a detailed excel document of your finances during your next happy hour. However, making sure friends and loved ones know about your financial situation is the key to your success. You’d be surprised by how many of your friends are silently going through a similar situation. Opening up about your new financial goals also ensures that other people understand why suddenly a $75 brunch isn’t in your budget anymore.

This is probably the hardest part, especially if it involves some major spending sacrifices. Getting out of debt quickly may mean something as drastic as moving back in with your parents or cutting back your coffee purchases. I don’t know — I’m not in your financial situation! But whatever your plan is, it’s important that it’s specific to you. Finding the right tools and advice online is definitely important, but if it’s not something that you actually want to do — if you’re not being honest with yourself — you’re wasting your time and you’ll find yourself right back where you started.

When she’s not searching for the best matcha lattes in Brooklyn, Kayla helps other young millennials live more intentionally, travel, and enjoy tasty food — all while living on a budget!