How One Coffee Addict Is Learning To Break Her $3,000/Year Café Budget 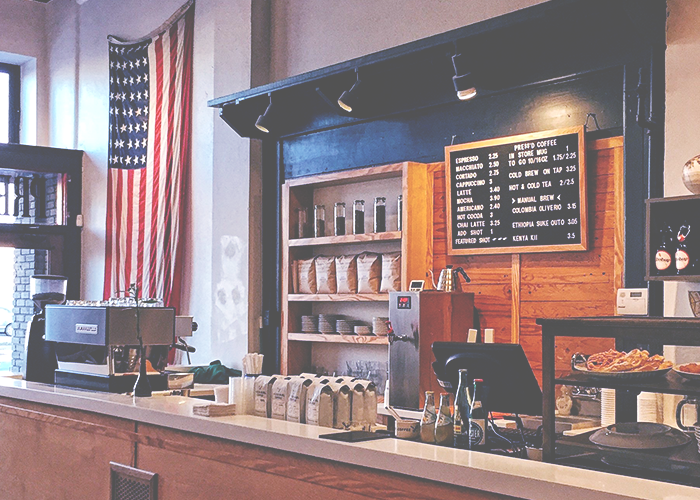 A few weeks ago, I wrote an article for TFD, “How Much It Actually Cost To Gain 25 Pounds.” It was something that I was very nervous about writing, which made me put it under a semi-pen name, but I also showed it to a few of my friends, because I was a) kind of excited to have written an article and b) wanted to share my story with them, because many of them have asked me about my weight loss. It was overall a good experience, and I’m glad that I shared it with them, even though I now understand that talking about gaining weight as an expense is a bit taboo.

There is a commonly-held idea that it is health or weight loss which cost a lot of money, and that American society unfailingly makes it easier, cheaper, and more convenient to gain weight. My example runs counter to this, and I honestly don’t know if that means I’m an exception, but I do know it got me sent a few links about how expensive it is to get healthy. The truth is that I am close to a lot of people who work in advocacy, education, non-profits, etc, and they are very aware of the class politics of weight and health, which I was not. I wouldn’t go so far as to say my experience of gaining weight is a “privileged” one, but I also know that it can sometimes be taboo to talk about experiences like mine, because it can be perceived as erasing the experience of many Americans who don’t have access to health. I would like to be able to discuss both, because I know that there are a lot of people like me who gain weight through very unhealthy and costly ways, and that is a phenomenon that is worth discussing, too. But I should say that it doesn’t mean I don’t understand the other side of the spectrum.

Anyway, in addition to the education I received on this issue (and I don’t mean that sarcastically!), I also received a few anecdotes from friends about their own experiences in this area. One of my closest friends, actually, sent me a long email with her own “confession,” so to speak, which she agreed to have me edit/condense and submit here. Long story short, my friend Amy* is a self-proclaimed caffeine addict who is never seen without her cup in-hand, and this means a ton of money spent at various coffee shops and cafes. She told me that my piece made her go back and look at her spending in 2015, and this is what she discovered:

“I am definitely one of those professionals whose routine centers around caffeine. In the morning, I grab a cup at Dunkin Donuts on the way to the train, to prepare me for my 45-minute commute to the office. I usually get a seat, because my stop is one of the first on the line, so that means I can sit, relax, drink my coffee, and listen to my podcasts. It is the zen moment of my day, and if I either don’t get a seat or don’t get my coffee, my day is pretty much screwed from that moment on.

When I get off the train, I get another coffee (this time it’s a latte which I justify by saying it’s ‘less coffee’ than my first cup of drip coffee, even though the caffeine is equal). I’ll also get a breakfast item of some kind, which I justify by saying that I want to support this locally-owned business. Usually it’s a bagel or a parfait or a breakfast sandwich, and I nibble on whatever I get throughout the day, as it serves as both my late breakfast and lunch.

Around 3 PM, I grab whatever coworker is lingering around and go to the Starbucks in our building, where I get another drip coffee and chat for 10-15 minutes. I spend the rest of the day sipping the coffee, then head home (where, in case you were worried, I eat a normal dinner and drink things besides coffee).

Last year, in total, I spent $2,964 dollars at coffee shops, and that number was a huge shock to me. I realize looking at the number that so much of this spending is not rational, and even though I obviously knew that I could pack a breakfast and a large thermos of coffee and save myself literally thousands of dollars, I needed that routine. I wanted to have those moments to myself, and my day ended up built around them. I took comfort in going to the DD, then the local place, then the Starbucks. It honestly felt like meditation to me, as crazy as that sounds.

For the past week, I’ve been trying a new routine, where I do the breakfast and thermos for my first two coffee runs, then I still go to the Starbucks in the afternoon because it’s honestly a good social moment to have with coworkers, and I believe that is ultimately important for your career. But it’s already saved me a ton of money this week, and I think the second part of the strategy will be allowing myself ‘cheat days’ on Friday where I get to do my old run of the three cafes. It’s not a perfect plan, and I won’t save every possible dollar, but it will be a huge improvement.

I would recommend to anyone with habits like mine to really look at the money, force yourself to count what you’re spending, and start to see how you can make small changes that don’t feel like they are ruining your happiness or your little moments of joy. It’s going to be a while before my new routine feels as good as the old one, but I also am keeping a tiny dry erase board in my cube where I track the money I’ve saved so far, and that’s really satisfying. This year, I’m letting myself take a vacation with it, to help keep me motivated. Next year, I’ll invest it.

I don’t earn a lot of money, but because of this change, I suddenly feel like I got a huge raise. And that’s a good feeling.”

I agree with Amy on every point, as someone who also forced herself to analyze her mindless spending. It’s very easy to get caught in cycles of habit and instant gratification, and not really think about the decisions we’re making with our money every day. It’s hard to picture the five dollars here or fifteen bucks there as adding up to thousands and thousands, but it really does, and that money is something you can easily put somewhere else — somewhere you can actually feel excited about.

If you have spending habits that you would like to confront, I encourage you to do it this week. Force yourself to face your fear and go over those bank statements, and see how much you are empowered to change when you do so.

Beth lives in New York City and subscribes to the New York Times, which makes her a fancy adult.