How Much It Actually Cost To Gain 25 Pounds 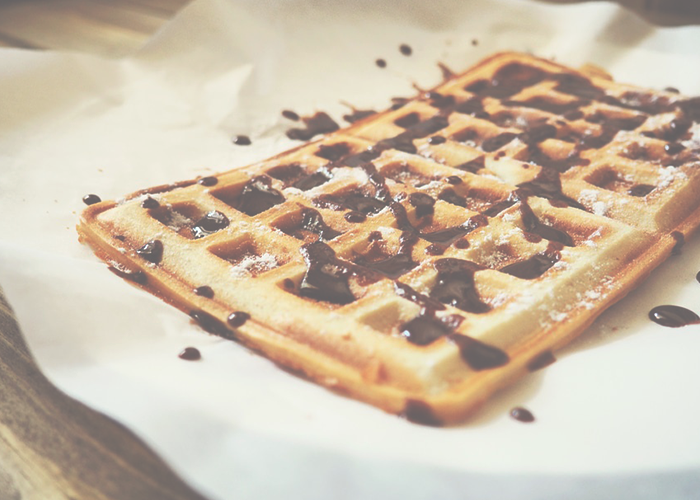 As of January 30th 2016, I was finally back at the weight I’d maintained from my years as a high school cross-country runner to the age of 25. I was 5’4, 125, and it felt wonderful to see that number on the scale again. I am someone who has always been very into health and fitness, and knowing everything about my body — my muscle mass, what I’m capable of lifting, how far I can run, my weight — has always been very important to me. But from the ages of 25.5 and 26.5, I was just over 150 pounds, and during that time avoided being aware of any stat about myself, especially the number on the scale. As soon as I crossed the 150 line, I couldn’t bear to look at it anymore, so I didn’t.

To give some background, I broke up with my long-term boyfriend in early 2015. Or rather, he broke up with me to be with a girl he met while doing a leg of his Doctoral research in Sweden. I spun into a devastating depression and part of that meant not taking care of my body. I stopped my once-daily runs, I stopped lifting weights, I stopped leaving the house any time I didn’t have to, and I ate. A whole fucking lot.

Now some people might scoff at me for being so upset about seeing the 1-5-0 on the scale, and I understand that this can be a healthy weight for many people. But it was not for me, and one thing I learned in my years of wellness education and practice is that you have to be honest with yourself about when you are doing right by your body, and if your body is a result of a good choices. This was not the case for me, and I knew that looking at the scale and in the mirror. But I don’t want to spend too much time defending myself.

I know what I did, and that was let my health slide as a result of my depression. I didn’t see a reason to take care of myself anymore, because I didn’t care. And also, as unfeminist as this might sound, I didn’t care about feeling or looking beautiful/in shape anymore because who would be there to want it? I didn’t want to be with anyone else, and the idea of touching a new person or having them touch me made me nauseous, so it didn’t matter that I didn’t feel sexy. I didn’t want to feel sexy.

By the time I started to feel a bit better and less open-wound-like, at the beginning of last fall, I knew that part of getting back into shape would be examining the toll my depression took on my body. That meant acknowledging my weight, seeing how much I’d lost the ability to long-distance run, realizing I could no longer lift half the weight I used to, etc. I had gone from being the girl who could easily run eight miles before work to the girl who struggled and huffed and puffed after two, and couldn’t muster the energy to even stretch in the morning.

But part of what I had taken a toll on was also my finances, because giving up my body meant indulging in a lot of things I used to avoid most of the time. When you are in good shape, part of that means not drinking alcohol or eating heavy foods most nights, because it will make your exercise all that harder in the morning. I would definitely indulge plenty, but I also went to sleep early most evenings and cooked most of my food at home when I was in shape. When I didn’t care anymore, I hit happy hour most days after work, sometimes going well into the 10 PM range because I didn’t want to go home and face the silence of my apartment, and the crying that would follow.

As part of my “rehab,” I went through my bank statements to see just how much I had racked up in eight months of treating my body badly. The basic breakdown:

Over eight months, that was thousands of dollars of added expenses. (In the interest of fairness, though, we can reduce it a little by saying that sometimes I definitely did these things in my “normal” life, but certainly not to this extent.) The year before, the categories of happy hours, restaurants, and weekend bars were less than a third of this total. So even if we reduce it to just under $3,000 for the total, that’s still an enormous amount of money. I could have invested it, traveled with it, put it in my 401k, or even simply kept it in my checking account — even that would have been better than just wasting it like this.

And I note the extra grocery spending when compared with my usual expenditures because it’s important to note that even when you’re eating at home, and not spending tons of money at a hot downtown restaurant, you can still be very wasteful. During this time, I was eating a ton of processed and pre-packaged foods instead of cooking my own from scratch, which is always more expensive. I was also eating far fewer fruits and vegetables, which used to be the bulk of my grocery trips. On the nights I ate at home, it was easier to convince myself that I was “being good,” even if my dinner consisted of a bunch of snacks consumed while drunk in my bed watching TV. But this was delusional.

In total, it cost my body so many things, but it cost my wallet conservatively $3,000 to gain 25 pounds in under a year. And I know that I’m privileged to have even had this money to waste in the first place, but it still stings every day when I think of it. We often talk about the cost of things like fad diets or gyms or “health food,” but it’s rare that we discuss how expensive it can be to overeat, go out too often, drink frequently, and generally live the way many Americans do in terms of food. I found that my cost of living skyrocketed when I wasn’t paying attention to my health.

Beth lives in New York City and subscribes to the New York Times, which makes her a fancy adult.