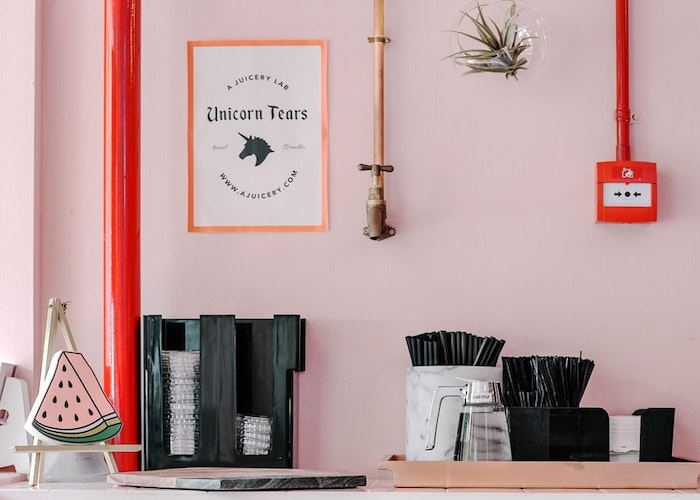 Sophia Amoruso’s bubblegum pink memoir slash career novel featured the mogul herself on the cover, arms akimbo in a severe but fashionable Serious Lady dress, her facial features framed by blunt jet black bangs and a short bob. In 2014, the same year #Girlboss was published, I saw so many women chop their hair and ask their hairstylists for a short, textured cut.

A new kind of boss lady had kicked down the door. She was a girlboss. She believed in the #hustle, not saying sorry in emails, and certainly not feeling ashamed for her unbridled ambition.

Nasty Gal, which sold everything from boho blouses to edgy cocktail dresses meant to be worn with Doc Martens, was at the peak of its popularity. Although Sheryl Sandberg had published her ubiquitous and chart-topping career book only a year before, a new kind of boss lady had kicked down the door. She was a girlboss. She believed in the #hustle, not saying sorry in emails, and certainly not feeling ashamed for her unbridled ambition.

I was in my second to last year of grad school when #Girlboss came out. I never read it, because quite honestly, I didn’t have the time. On top of my classes, I was teaching two courses, tutoring English privately, and I had just started to break into online writing. But the #Girlboss cover followed me everywhere I went. I didn’t even have to read the book. The girlboss mentality had seeped into my dreams and goals for when I graduated. I wanted to work for a cool girl website. I wanted to make money and flaunt my success. I wanted to be able to afford Clashist T-shirts. I wanted to erase phrases like “I feel,” and “I think” from my vernacular because those phrases are for weak women. I wanted to go-go-go. You didn’t need to read #Girlboss to understand there had been a significant shift in how women, in particular, were being advised to tackle their careers and ambitions.

Before Sophia Amoruso was outed for terminating four employees for becoming pregnant, before Nasty Gal filed for bankruptcy, and certainly long before Amoruso announced on her Instagram on June 22, 2020, that she, “along with the majority of our team, are no longer with Girlboss,” since COVID-19 had destroyed the business (seemingly five Girlboss employees are remaining on the wilting ship), I had joined a positive, feminist-facing women’s lifestyle website full-time.

You didn’t need to read #Girlboss to understand there had been a significant shift in how women, in particular, were being advised to tackle their careers and ambitions.

It felt like a sign I had done things right. I hustled, writing articles for free and juggling several other jobs to pay rent and tuition for my writing program. I was moving to Los Angeles to pursue a career I genuinely felt I earned. And at work, I thrived. other female managers cheered me on, providing support and encouragement. While we were in scrappy, ten-person startup mode, it felt like a feminist utopia: An office full of women working together to create feel-good, Facebook-optimized content — and, well, yeah, profit from it.

In 2015, the same year Nasty Gal went bankrupt, a large media giant (that has since been purchased by an even bigger media giant) acquired the millennial lady website. The media giant believed that the brand would round out its portfolio and reach a younger audience. This was supposed to be appealing for advertisers. It was a big payday for all full-time founding employees and we were told nothing in the company would change. Our CEO and other execs would retain their positions — in fact, we were promised more resources, more attention, and a higher and greater reach. We expanded, hiring more full-time women staffers. We moved to a bigger office furnished with vases shaped like unicorns and a rose quartz crystal the size of a television set a famous female singer had sent as a gift to cultivate “good vibes.” There was nowhere to go from here but up. We felt limitless power: We helped carve a positive, feminist space on the internet, and we had proven our literal value. We worked hard chasing our traffic numbers and the sales team worked tirelessly to secure branded deals to bring in more revenue. We thought we were invincible.

I woke up at 6 AM and stayed online until midnight. I signed on during the weekend to ensure we were meeting our traffic goals. Because that is what a girlboss would do. She would see this not as a fragile situation, but one she could leverage.

Six months after our acquisition party, the media giant ordered layoffs. Our entire New York staff was axed. The EIC, Editorial Director, and Executive Editor quit. My co-senior editor and I were asked if we could keep operations going as they figured out a new normal. I panicked, wondering if I was next on the media giant’s chopping block. So I worked harder. I woke up at 6 AM and stayed online until midnight. I signed on during the weekend to ensure we were meeting our traffic goals. If I saw stories trending at odd hours, I would write them up myself. Because that is what a girlboss would do. She would see this not as a fragile situation, but one she could leverage.

I was eventually promoted to Editorial Director and led a small team of amazing women. We were essentially back to our startup number days but expected to bring in three times as much traffic. I flew to New York every other month to meet with the media giant executives and pretended I knew what “tentpoles” were and made sure to use words like “pipeline,” and “turnkey.” I bought expensive luggage that I’d drag around with me in the New York office, just hours before my flight. I started getting my nails done regularly. I dressed the way a girlboss should dress: effortlessly, with a sheen of “look at me, I’m successful.” I so badly wanted to look the part to make up for the fact that I felt immensely unqualified for the job and spent nights Googling revenue terms and marketing strategies so I could keep up in meetings. Meanwhile, my small team and I #hustled like crazy. I was ordered to set daily quotas and send regular reports marking our monthly progress. The big media giant cut our budget, making it impossible for me to hire our temps full-time (or anyone at all). I was petrified of the site being shuttered, just like so many others had in the recent months.

Many Silicon Valley startups implemented a very similar Girlboss mentality: Fake it ‘till you make it. Work hard. Rise and grind. Get that cash from those rich white men and go forth, rule the world, grab life by their balls.

Shortly after the big media giant was acquired, I left my job and started another one at a similar women’s lifestyle media company, this time as Editor in Chief. I stayed for about a year until I was recruited to work at a tech/content startup based in the Bay Area. I was excited: I had equity in the wellness company and believed I could help it grow. This could be my Away, or Outdoor Voices, or any successful DTC brand that had scaled quickly and amassed millions of dollars from investors. A few months after I took the job, the Silicon Valley startup scene began to externally fray. An exposé on Away highlighted its toxic work culture and abuse. Other startup darlings like WeWork had “imploded” as this fascinating article pointed out. The economics of many of these DTC companies didn’t actually make sense, and profits were slimmer than projected. Many Silicon Valley startups implemented a very similar Girlboss mentality: Fake it ‘till you make it. Work hard. Rise and grind. Get that cash from those rich white men and go forth, rule the world, grab life by their balls.

Except, in 2020, it was all crumbling. Shortly after the killing of George Floyd, the country broke out into protests against police brutality and systemic racism. People pushed for real change and this included the workplace too. Finally, exclusive, non-intersectional feminism faced real, palpable backlash. Popular women’s lifestyle sites were revealed to have leveraged and monetized off of their “woke” culture without actually paying BIPOC staffers the same salaries as their white colleagues for years. Former BIPOC came out and shared their horrifying stories of being mistaken for kitchen staff, a white editorial female lead was reported to have felt “squeamish” about the topic of race, and white women were reported to have talked down to Black staffers in front of large groups: Vox called it the “reckoning in women’s media.” In a huge sense, it foreshadowed Girlboss’s impending doom.

I was so focused on data, reports, and profitability, that I had failed to fight for real change in the places I worked. I was part of the “woke capitalism” machine.

It also altered the way I had envisioned my career in the women’s media space. I was so busy, so desperate to prove myself, I hadn’t given enough of a thought to putting more time into cultivating inclusivity in the teams I managed. While I had never thought myself to be someone who could disregard or exhibit abusive behavior toward my BIPOC staff, I was still complicit. I was so focused on data, reports, and profitability, that I had failed to fight for real change in the places I worked. I was part of the “woke capitalism” machine Leigh Stein writes about in her recently published essay, “The End of the Girlboss Is Here.”

After getting laid off a few months ago, I’ve taken a purposeful step back from my go-go-go career ambitions. Reading the Girlboss news only calcified what I already knew: The Girlboss era in which I was a part of (an era, that admittedly benefited me) was over. I’ve decided it’s okay to pause and take things more slowly as I re-evaluate what good leadership means to me.

The Girlboss movement is what initially encouraged me in my early 20s, pushed me forward, and gave me the confidence that I was worthy of achieving success. And I’m grateful for that. But as we’ve seen the recent dismantling of problematic woke feminism, the very kind that upheld girlbosses, I’m ready to welcome a new kind of empowerment. A more all-encompassing, inclusive, and thoughtful one. Can a girl be boss while simultaneously embracing and advocating her moral values? This is something I think we’re in the process of learning. I know I certainly am.

For now, I need to recalibrate what drives me. What do I want? Where do I go next? How do I meaningfully contribute to a better world while also meeting my definition of success? The thing is: I’m not fully there yet. And maybe that’s fine, fine, fine.