How To Ask For Career Help Without Being Annoying 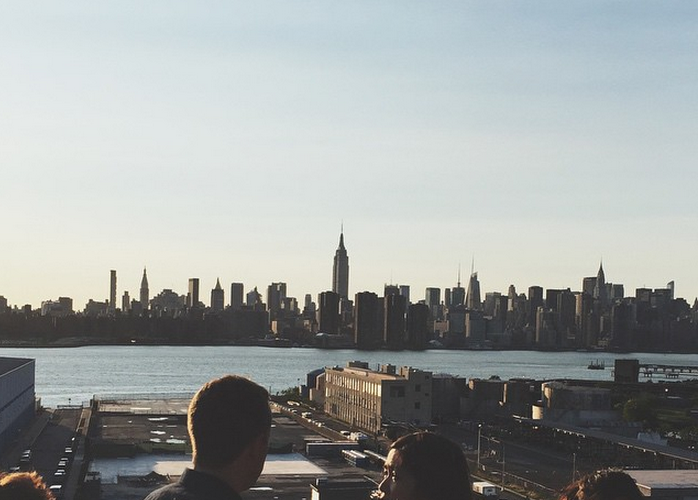 Every week, I receive about 5-10 emails from young people (mostly women) looking for advice on launching a career in writing, journalism, online media, advertising, or general creative fields. I usually make sure to specify that I am not a journalist and have never worked purely in advertising (only in sponsored content for a publication, and as a freelance copywriter), so my ability to give advice on either of those two fields is pretty limited. And even when I feel fully equipped to answer the question, only about once or twice per week do I actually have a moment to thoughtfully do so. I have a little over 50 unread emails in my inbox, all of which are advice-seeking, which I tend to chip away at in chunks when on vacation or during a rainy weekend. Most of the time, at least in the immediate, the emails go unanswered.

I also try, at least once per month, to do a coffee/drink/lunch with a young creative who is looking to break into the industry. Unless they are coming for specific consultation on a project, I don’t charge them (though I do think that specific expertise being used to, say, advise on branding strategy or design, should be paid for). In general, though, when it comes to just “general career advice or potential help getting a foot in the door,” I think it’s good to mentor when possible, without the expectation of compensation, and though I don’t do it as often as I’d like, I make it a point to keep it part of my routine.

I also find myself on the opposite end of this equation, for both advice and specific help completing a task. In starting this website, I’ve had to call in a lot of favors from my professional network, asking for everything from introductions to advice on how to handle a specific situation. I’ve had people help promote me, I’ve reached out about press opportunities, and I’ve generally been in the often-uncomfortable position of “needing other people’s help and not having a ton to offer in the immediate for it.” It’s a natural byproduct of being at the beginning of anything — whether your entire career, or just a new phase of it — and it’s nothing to be embarrassed of. And though I’m sure I’ve overstepped the line into “irritating” before, I generally try/have tried to operate with tact, and minimize the amount of annoyance my asking for help would cause.

When I see the emails in my inbox, most of the time I feel generally flattered and positive about them, because it feels nice to be looked to as a source of mentoring. But this can sometimes err into frustration when you are working on a lot of things, and see a request popping up in your inbox as a demand on your time that isn’t being respected or compensated. And when the request itself is poorly-formed, presumptuous, or unproductive, it can feel downright maddening. I’ve even had a few emails that I had to respond to with some form of “don’t do this to other people, it immediately turns them off from you.” And while the right email can inspire someone to go out of their way for you, or be the start of something wonderful, the wrong one can be the end of something before it even begins.

For me, the best example of professional reaching-out I’ve ever experienced is how my TFD partner/soul sister/designer extraordinaire Lauren initially reached out to me nearly a year ago. At the time, TFD was a silly Tumblr I’d started to track my budget, and had a good idea but was visually… sad. So she reached out commenting that she loved my idea, but that she would love to help me take it to the next level design-wise. Over the course of several emails and a productive brunch, she made me a beautiful presentation of all the possibilities I had in terms of design, and quickly proved herself indispensable. A few months later, she quit her job to come on full-time, and now we are an awesome team — in many ways thanks to her resourcefulness, excitement, and ability to spot a need. Yes, she wanted to have a project for her portfolio and potentially some freelance work from it, but she reached out in a way that created even more opportunity than that, and ultimately led to something very fruitful.

Obviously, not every reach-out can be so generous, but there are many things we can learn from it. Her initial email was concise, and started by briefly stating who she was and her familiarity with my work — setting the stage for her reaching out. She had a specific issue at hand (design work she’d love to do), and offered a clear next step. If she had been asking me for writing advice, an email formed in the same way could still be very effective: She could have kept it short, given herself context, said that she was looking for writing opportunities, and offer something concrete as a next step — like her submitting an article, or asking to take me for lunch. Once she had my attention and had given an incentive to continue the conversation, she could ask for more specifically-tailored advice or even an introduction, but she wouldn’t start off that way. In framing the asking of a favor or advice as a transaction, and providing a clear incentive and action item for the person you’re asking, you’re a lot more likely to get an answer.

Conversely, asking a vague question that demands an essay-length answer, or simply provides you with a career plan without offering anything in return, is a great way to turn someone off. If you know this person personally, and trust that they are happy to do you a favor, you can be more demanding of their time. But if this is a stranger, you must remember that this is a demand on their time that they want to a) minimize and b) benefit from, if possible. (This is a truth that many PR people seem incapable of understanding, despite that being essentially their only job.) My editor friend, who is at any time managing over a dozen freelancers, offered her advice for these unthoughtful demands on a professional’s time:

“Remember that the person you’re asking for help or advice has other, primary responsibilities in their lives — it may not even be what they want to do, but like anyone else, they have work to do. If they don’t respond to your questions right away, don’t assume malice, and make sure your tone isn’t accusatory — or anything less than grateful — when following up.”

Even with people I know closely, I always try to offer something whenever possible for their time. If I’m picking an old colleague’s brain, I buy them drinks. If I’m looking for a writer to help promote something, I offer to do the same for them. I am very resistant to reaching out for something that only benefits me, and if I have to, I make sure it is only with someone with whom I have an established relationship. Cold-calling is difficult enough when you’re looking to establish a professional relationship, it’s nearly impossible when all you’re looking for is a favor.

Above all, whatever you’re asking for and offering, keeping things clear, concise and forward-moving is of the essence. When I receive emails that are 1,000+ words about the person’s life and situation before getting to a complex, involved question, I feel frankly frustrated that this is something I now have to think about in addition to my regular work. I’ve had people put deceptive subject lines on emails that seem like they would be beneficial to me, to encourage me to read it, only to be asking for a favor. (This is absolutely unforgivable and I generally respond negatively to these people, because what the fuck??) And if there is not a clear, productive answer that I can provide — as close as we can get to an action item — it’s likely I won’t be able to answer.

We all need to reach out for help, favors, and advice at some point in our career, and again, we should not feel shame about this. I doubt anyone has ever reached such soaring independence in their career that they no longer have to rely on the kindness and expertise of others — except maybe Oprah, and even then. The point is, everyone has to do it, and I often am really happy to help people because they have framed things in a positive, clear, mutually-beneficial way. And I am eternally grateful with the people who have helped me in my career, both in conceptual and very tangible ways. No one ever gets to where they are on their own, no matter what some conservative millionaire wants everyone to believe. But learning to be intelligent and respectful with your help-seeking is an easy way to make your professional life easier, and your network stronger in the process.