How To Decide If It Actually Makes Sense To Own A Car, Financially & Otherwise 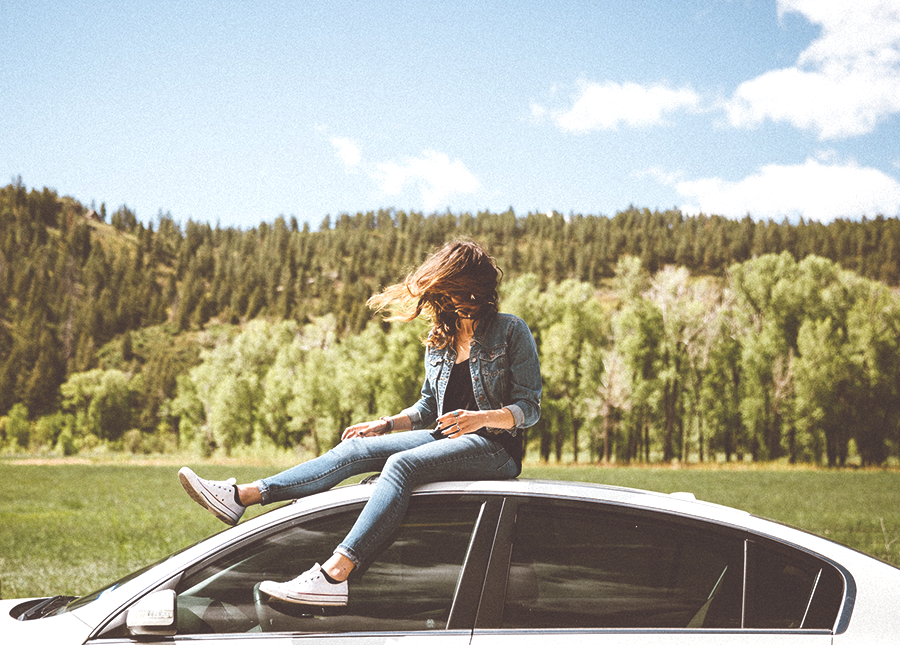 It’s time to talk cars, pals. Specifically, when does it make sense to buy a car? (Trust me, you do not know where this is going.)

I got a really, really great question by email a few weeks ago, asking whether or not I thought it was time for them to buy a car. They were looking at their Uber receipts, you see, and realized they spent a not-insignificant amount Uber-ing around town to avoid the cold and get home from holiday events. (Which is totally fair and, based on quality of life alone, I’d say a good investment. Ottawa was not warm over the holidays.)

It was enough that they were wondering if it was time to buy a car. And my answer?

For a bit of context, I do have a car, so this is not some personal-finance-hates-cars rant. But it’s also not a never-take-an-Uber-or-spend-money rant. Instead, I just want to look at what you’d need to consider to make this decision for yourself, even if you’re staring down what feels like an excessive amount of Ubers or cabs.

Is this a normal spending pattern?

First and foremost, if you’re spending $1,000 a month on Ubers, and that is a consistent pattern every month of the year, holy heck just buy the car! You will save money. Unless you are so rich that you can pay $1,000 a month for convenience (which FYI is very, very rich), then buying a car is a no-brainer. But for most people — and specifically, the one who emailed me — this is a seasonal thing. Especially here in Canada, where oh boy, do we ever get seasons.

Let’s say that for three months out of the year, the weather is bad enough that you end up taking a disproportionate amount of convenience cars, like Ubers. The rest of the time, you’re happy to spend a bit of extra time waiting for public transportation, or biking, because the air doesn’t hurt your face. That immediately tells you that what feels like a very high level of spending right now isn’t a forever thing. That information will be helpful as you look at how much it’ll really cost you to own a car full-time (and whether it’ll be any cheaper).

How much does owning a car really cost?

Here’s the thing with owning your own car: you have that car every month, regardless of whether it’s nice enough outside to bike everywhere, or you’re on vacation for two months every year and you leave the country (a girl can dream). So even if the winter months show a spike in your transportation costs, you need to consider it against the relentless, ongoing costs of car ownership. (Can you tell owning a car is something I do because my lifestyle requires it, not because I’m particularly jazzed about cars?)

Here’s what you’d need to estimate, with some example numbers based on literally no science and just the ranges I have paid or experienced in Ottawa. Be prepared to be horrified if you live in a small town, and jealous if you live in Toronto.

Over the year, in the cheapest-case scenario, that’s $3,120 ($2,433 USD). If you’re more in line with the first scenario, it’s $7,920 ($6,175 USD). If you usually get by with public transportation for about $1,200 a year for your monthly passes, and you spend a few hundred bucks a month over the winter to Uber away the cold, you’d still come out ahead financially over the course of the year if Uber was a winters-only thing.

Are there other alternatives you could look at?

I think we’re all on the same page that getting from point A to B is a pretty big expense, no matter how you slice it. But there are a few other options you could consider when you’re trying to figure out if buying a car is the right financial move.

This might not be available in your city, but there’s a service called VrtuCar that you should check out if you need a sometimes-car, but would really rather not pay for pesky things like parking, maintenance, and all that boring stuff. It’s basically a network of cars the company maintains, parked around the city, and you book them for a few hours when you need a vehicle. Easy peasy. [Ed. note: A lot of cities in the U.S. have a similar service called Zipcar.]

If you’re taking a trip, or you know there’s going to be a week or two of heavy car use in your future, why not rent a car? Sure, it’s not the cheapest option out there, but compared to adding a car to your life for good, it’s a pretty great and available alternative. Some companies will even come pick you up to bring you to your rental vehicle. However, pro tip: know what you’re getting into when it comes to insuring a rental car. Your credit card might already have coverage bundled in, in which case you should use it to save a ton of money. If you aren’t covered, that’s not a place where you want to scrimp and save — get the insurance. You’re just tempting fate if you don’t.

How you choose to get around is partially about money, of course, but it’s also very much about personal preference. Your transportation might be a ton cheaper than mine because you are a hardcore biker who is happy to put those giant snow tires on your bike and just keep givin’er all winter. Power to you! Your transportation might also be much more expensive than mine, because you inherently enjoy and value having a nice car, and you’d be depressed as all get-out to drive my eight-year-old used Toyota Yaris. No problem.

Whatever you decide is right for you, you just need to go into it knowing your options, knowing your spending patterns, and knowing how much full-time car ownership really can cost. After all that, you can comfortably hop into an Uber, knowing it’s an intentional financial choice that you make when it’s -40 and you might literally die because it’s too cold outside.