How To Have “The Financial Talk” With Your Significant Other 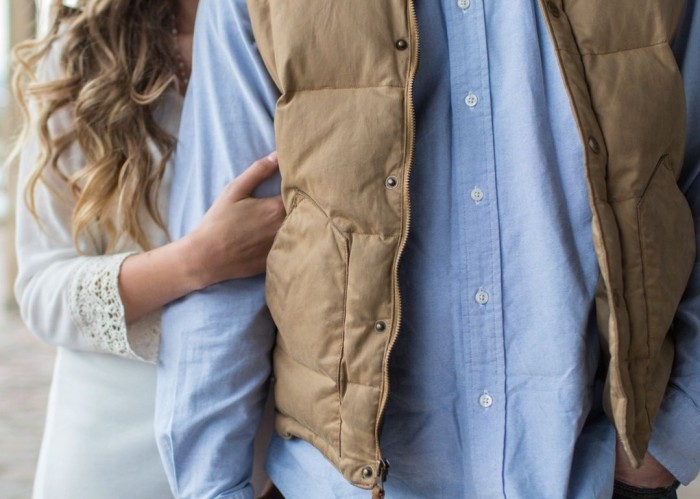 If you want to move in with your significant other, consider marriage and children in the future, or really do anything serious with your partner, you’re going to need to have a serious financial talk. Last year, when I moved to New York City, my boyfriend and I decided we wanted to move in together and with that came a series of fairly intense conversations. We were in a long-distance relationship for a year prior to my move to the city, and we had only seen each other about six times in that year. When you decide to do long distance for an extended period of time, it typically mandates that you have the “Where do we see ourselves?” conversation to ensure that the distance and the investment of time and money is worth it.

Therefore, before my dude and I even got into the financial stuff, we knew where we stood as a couple. Everyone communicates differently, so, of course, my story could be entirely different from the way other couples do things. But if there is one thing I’ve learned about “the financial talk,” it’s that you must be willing to say it all, and be as honest as you can be. Being completely honest about your finances is somewhat terrifying, but current statistics suggest that couples who argue about money once a week or more are 30% more likely to get divorced.

I believe numbers like this come from the fact that couples aren’t having the financial conversations they need to have before they get married, or they aren’t doing so constructively. My parents have always been very open about money, and I can tell it helps strengthen their relationship. I grew up learning that relationships are clearly improved when each partner is honest about the stresses (financial and otherwise) that they’re facing. There are already enough obstacles when building a relationship, and finances should not have to always be the biggest headache you have as a couple. Therefore, when I knew my boyfriend and I were going to move in together, talking about finances was one of my first priorities.

My plan was to bring up the conversation before we discussed putting the security deposit down for our apartment. When it came time to lay everything out on the table, we both knew that this was a necessary discussion, which I think bodes well for our compatibility. We talked about what we have in the bank, how much we make, our bonuses, our 401k plans, if we had any investments, and if we had any debts. This is a lot to cover, but we dealt with that by not having one big, daunting conversation about it. Instead, we had a string of conversations that came up pretty naturally, but that we made sure were conclusive and completely transparent.

When we discuss a vacation we want to plan together, we discuss a budget and a savings plan for that vacation. That naturally leads us into discussing how our savings are doing. We have talked about the fact we would like to combine finances down the road, and that led to a conversation about how much debt each of us has. We are not constantly on each other’s tails about finances, but we like to stay in the know. I think when we ultimately do combine finances, we will definitely have another sit-down discussion because that comes with new challenges, and requires more understanding and communication. However, I know where my boyfriend and I both stand financially, and we both understand the other’s relationship with managing money. Not only that, but he works in finance and has definitely helped me on my path to gaining financial stability and understanding investments.

Obviously, there are still going to be stressful times. One thing I’ve noticed that helps when talking about your finances with your partner is to always try to keep the conversation positive and moving forward. If you only talk about money while stressed or angry, you’ll hit a roadblock and won’t be able to move the conversation beyond a certain point. I know this because I’ve been there. Moving to NYC has been a huge financial adjustment for me, and during my first few weeks here, I often leaned on my boyfriend when I was stressed about money. Although that support was crucial, it was most helpful when my stress led into a productive conversation, as opposed to a never-ending lament. If you’re always talking about finances in a negative way, you are never going to reach productive conclusions.

My boyfriend and I are very different in general. I plan, organize, and want things done a certain way. My boyfriend is much more laid back and relaxed. These characteristics help define our relationship, and they carry into every aspect of our lives, including the way in which we handle our finances. We are understanding of how the other person approaches money, and we are learning to work with and complement each other so that, when we do combine finances, it will go smoothly. I think the most important thing to me is that when I’m worried about something financially, I’m never nervous to bring it up to him. Having semi-frequent, relaxed talks about our finances has created a comfortable environment in our apartment. And I think that the more honest you can be with your partner about money, the more depth it adds to your relationship.

We’re still figuring it out and once we choose to combine finances, there will be even more to learn. However, I think the fact that we have been honest, communicative, and up-front with each other so far means that we are well on our way.

Abby is an IT professional living in Manhattan, originally from the beautiful land of Ohio. She’s obsessed with humans, solving problems, and tuna salad.