How To Know When You’re Not Ready To Move In With Your S.O. 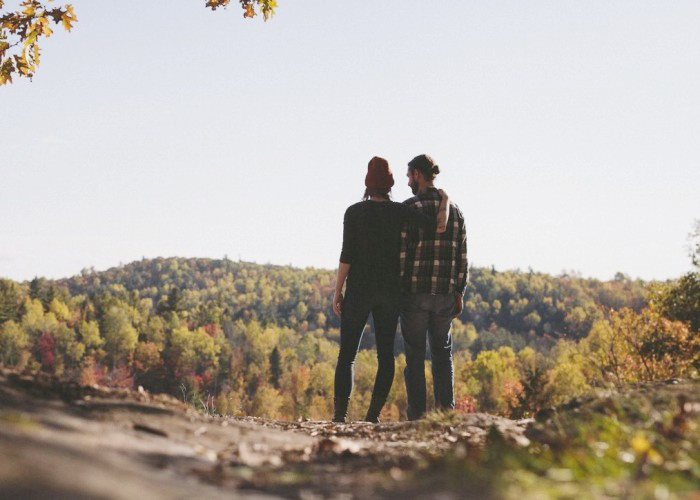 First, I want to preface this by saying that not only is this my personal opinion (and, admittedly, an unpopular one), but it’s probably one of the strongest opinions on love and money I have. I honestly don’t think you should move in with your significant other if you’re still supported by your parents, because if you don’t know how to support yourself independently, you’re not ready to share a roof with a partner you could spend the rest of your life with. I definitely understand that when you’re cohabitating with your partner, you may pay more or less than them depending on your respective incomes. But that’s almost entirely unrelated to whether or not you can live comfortably devoid of parental assistance.

I have friends who have gotten married while still on their parents’ cell phone plans, or have moved in with their significant others while their parents still paid a significant portion of their rent. When I physically start sharing my life with my partner (as in, when I put all of my stuff in a one-bedroom apartment with all of theirs and coexist within 900-square-feet with another human being), I want it to be the start of our life together. (And I mean that even if our life together doesn’t work out in the long run.) But if I were to start my life with someone else while still taking money from my parents, I wouldn’t consider that starting a life between my partner and I. Financially, that would be starting a life between my partner, my parents, and I. And that’s not something that appeals to me.

There are schools of thought that suggest still taking a substantial amount of money from your parents well into your 20s encourages less mature behavior, and I want to feel like a mature, independent adult by the time I move in with my significant other. According to this CNBC article, financial advisors say when parents have an “‘open wallet’ policy” with their kids, it can discourage their independence and motivation to fend for themselves. The article says it’s fine for parents to give gifts to their adult children, but only if their children are otherwise independent and never demand money. However, if a parent is always coming to a child’s rescue, it can hinder their drive and growth.

For me, getting regular financial support from my parents would make me feel like a 20-something child, which can’t be how I feel when I start a life with my partner. However, I think moving in with your significant other while your parents support you is different from living with your parents for longer to save money, and then moving in with your significant other. Alexa von Tobel, CEO of LearnVest.com, comments on this trend on Time.com saying, “We’re seeing kids choose to live at home for a while to build an emergency fund and get a cushion for when they are on their own.”

Not only do I support this trend, I see it as a justifiable exception to my rule because living at home to save money makes you better equipped to move in with a significant other down the road. The other major exception, in my opinion, is if your parents are helping pay your loans, especially if that promise was made before you started college. And while I, personally, feel that you and your S.O. should be off your parents’ health plans before you move in together, I understand that for some people that is the difference between paying $40/month and paying $300/month. However, I think the reasonable solution, in that case, is to pay your parents the $40/month they shell out in order for you to have health insurance.

My significant other and I have been together for two years, and while moving in together is still a ways off, we recently discussed the steps we’d need to take before moving in together. We are both no longer on our parents’ health insurance (despite both being under 26) and pay for all of our own living expenses independently. However, I mentioned to my boyfriend that I have one last bill (my car) that is under my father’s name instead of mine. In a given month, after I pay all of my taxes and put money in my 401k, I earn enough to cover my living expenses (not including any money for going out to eat, etc.) with about $650 left over. I try to put most of that money in savings, if possible. Most months, I make my car payment by myself. However, if there is a month when I need to buy a plane ticket, pay a medical bill, or get something on my car fixed, instead of taking money for my car payment out of my savings, my dad will help me make the payment that month. While I really appreciate that privilege, it’s something that keeps me from moving in with my boyfriend. If I’m not financially stable enough to make my $250 car payment each month, am I financially stable enough to move in with my boyfriend? Personally, I would say no.

However, that is why I have a plan to be able to put my car entirely in my name and make every payment in 2016. (Hopefully, this transition will happen within the first six months of 2016.) If my boyfriend and I are going to move in together at any point in this calendar year, I have to be able to take ownership of that one last bill. While I understand that, for someone people, this sounds like I’m being a stickler, I like my overly practical approach. As long as I let my parents keep helping me pay one of my bills, I can’t say that I’m completely independent from them. And if I can’t be independent

, then I don’t feel ready to merge my life — financially or otherwise — with someone else’s.

Even though my boyfriend and I don’t live together yet, I do feel financially ready in some ways. I don’t have trouble paying my rent. I save every month. I have a fairly good 401k for someone my age. I have six month’s worth of expenses saved, so if I lost my job, I could still pay my share of the rent. If I moved in with my boyfriend and then we broke up, I could afford to move out immediately. But there is still a bill linking my financial life to my parents. It’s not my student loans or my health insurance, but that doesn’t mean it’s insignificant. And until I know that I don’t need their financial support, I would not feel comfortable moving in with someone I could potentially spend the rest of my life with. It would feel like a blemish on our finances before we even merged our money.

*Alana prefers to write under a pen name.