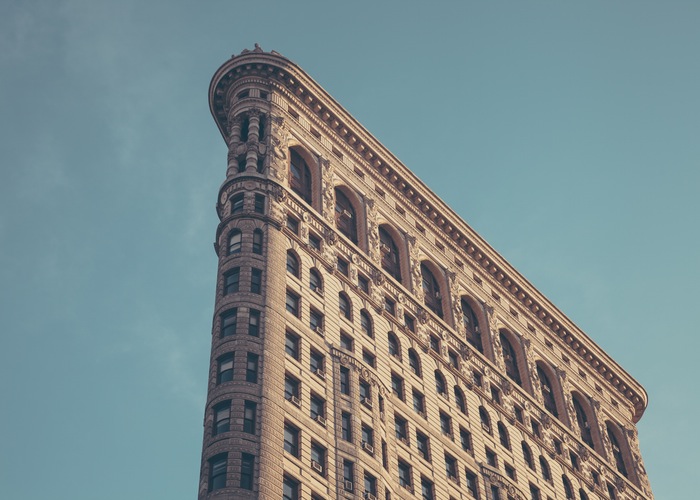 In my opinion, the entry-level plight is one of the easiest employment brackets to get stuck in. Starting out makes us believe that we need to just be grateful for employment, and, unfortunately, sometimes means that two and a half years later, you’re still waiting for your boss to notice that you are working hard to earn a raise. I have been in the entry-level bracket for two years now, and while I don’t think it’s because I’m stuck, I do think it’s important for me — and every young professional — to know how to move ourselves out of that bracket.

For my first year of full-time employment, I worked an entry-level job at an advertising agency. By the time I hit my year mark, which is when I would have potentially asked for a raise, I already knew I was leaving, so I never pursued the conversation. I had a very unique situation at my agency — after spending my first six months dealing with a huge workload and very little help, the client cut back, and my position was no longer necessary. My employer wanted to keep me around, and found me another position within the company, which was very lucky, but felt like it washed out the last six months I’d spent getting worked into the ground. When they put me in a new position, they gave me a small raise. At the time, this was exciting for me. But looking back, it also meant I had less of a case to ask for a bigger raise when I hit my year mark.

I’m now in my second entry-level year, because I started getting paid to write at the beginning of 2015, and was fully employed not long after that. Of course, the world of freelancing works very differently from my first entry-level job, because there isn’t an HR representative I can go to, nor are there people to advocate for my worth in every company. Because I’m typically a contracted worker, as opposed to a full-time employee, employers don’t always feel the need to incentivize me to stay, because often they save perks like that for their full-time staff. All this means is that it’s my responsibility hustle like crazy and be able to prove why I deserve a promotion, raise, new opportunity, etc. If you’re stuck in an entry-level rut, and are trying to plan your next move, whether that’s asking for a raise, a title bump, or new opportunities within your company, here are five things that will help you make it happen:

1. Self-evaluate before talking to your boss.

One of the reasons I never asked to be considered for a raise, when approaching my year mark at my first job, was that I knew I didn’t deserve one. I was a hard worker, and completed all of my tasks on time, but I wasn’t invested in my job. I was so burnt out on tasks I loathed doing (in fairness, some of them were ridiculous asks), so it was becoming clear to everyone around me that I disliked my job. When I left, my department took some responsibility for that, but I still knew that I wouldn’t have qualified for a raise.

I talked to TFD contributor Tania MacDonald, who worked in corporate HR for years, and she shared some advice for young professionals. She reminds us to self-evaluate, and be objective about our performances. Before you ask for a raise, ask yourself if you deserve one, and be honest. You need to go into this conversation feeling like you deserve a raise, not like you’re entitled to a raise.

2. Make yourself more marketable on your own time.

It’s not your boss’s responsibility to make you look good to HR. After you’ve asked yourself why you deserve a raise, consider what specific skills you bring to the table. What do you bring to the equation that no other team member brings? What have you done in terms of self-improvement that qualifies you for a raise? I have been asking myself that last question in terms of freelancing. However, before I can ask companies that have employed me for a while for raises, I need to be able to prove that other places are willing to pay me more, so that I can show them my new and improved value. I’ve been side hustling like crazy to get more bylines, and become a more marketable writer, and have learned that employers like to see that you’re doing smart work on your own time.

3. Accept that you may have to try more than once — and keep an end goal in sight.

My good friend, Molly, is currently a designer at Seventeen. Like me, she’s been out of college for just over two years. In that time, she has managed to make the jump from an entry-level position, into a highly coveted job with much more responsibility and a better title. When I asked her about the transition, she stressed the need to keep trying, because not everyone’s first, second, or third attempts at a raise, or a new job, will be fruitful. She said, “I worked my ass off. In two years, I made great relationships with higher up people, in various departments, that could vouch for me and the work I did. It’s 100% not easy. I tried more than once before Seventeen happened to move up. It’s also a matter of timing sometimes — how long you’ve been in your entry-level position, and when a new/higher position opens up. You have to learn very quickly, and stick to who are professionally, and where you want to end up.”

4. Come prepared with examples when it’s time to have the conversation.

Taking the plunge is the hardest part. Actually sitting down with your superior, or your HR department face-to-face, and asking for a raise is unnerving. You don’t want to say the wrong thing, or ask too soon. (And Tania made the excellent point that you don’t want to show up to the conversation to only talk about money. You want to talk about performance, and show how passionate you are about the company, and why you want to stay.) You also need to be prepared, which means you need to be ready to provide concrete examples of what you have specifically done to better your team, or advance the company. You should be able to point to tangible numbers, strategies, ideas, or angles, that you came up with, and show how they worked. Don’t sell yourself short here. I have always struggled with providing a list of reasons Why I’m Awesome, because I don’t want to come off as someone who needs a round of applause for every good idea. But I think it’s important to remember that sometimes you need to get over that fear, and take ownership of the great work you’ve done.

5. Find out what’s holding you back.

I wouldn’t say I’m 100% a “yes person,” but I can be a little bit timid about speaking up sometimes. I’ve always been the entry-level team member, and when I worked at an office, that essentially meant being at the bottom of the food chain. So, when someone tells me “no,” I don’t argue. I listen, and I think about what I can do better.

However, Tania brought up a very important point during our conversation, that my sometimes-meek self would never consider. She says: “Don’t leave without an answer, even if that answer is no. Give your boss the option to coach you toward what you are hoping to achieve, or at least give you advice. Make sure you ask what you need to do to qualify for a raise, and schedule a follow up within 60 days to evaluate your improvement. Then, take the next 59 days to rock the hell out of your job!”